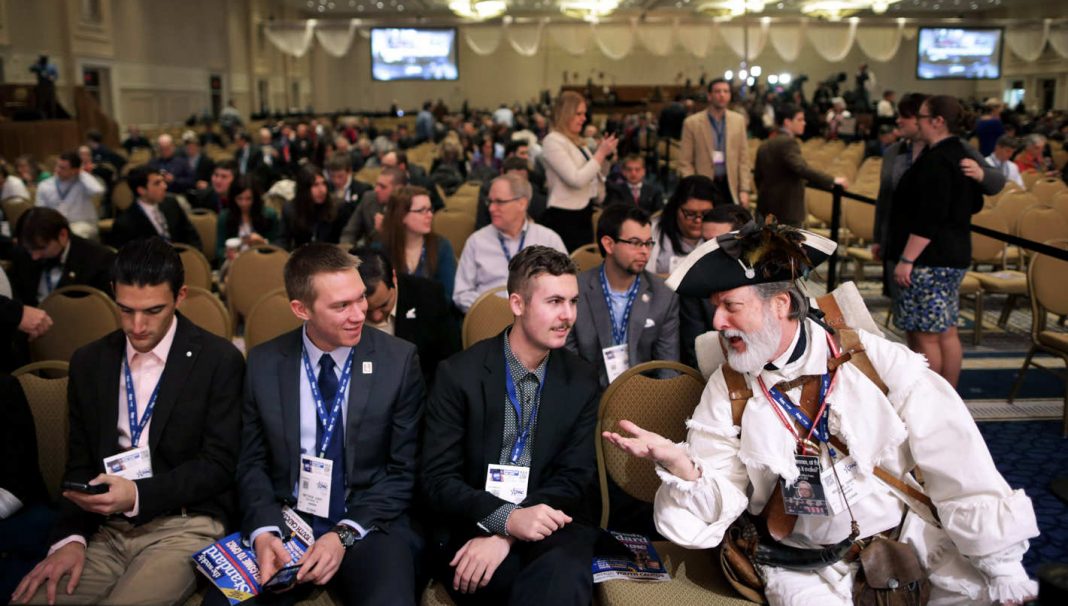 Mental patients at the Forest Haven Asylum in Maryland were evacuated to the Gaylord National Resort and Convention Center after a fire damaged the facility. On the same day, participants were arriving there to attend CPAC, the annual Conservative Political Action Conference.

Management at the Gaylord were concerned that this might cause issues but have expressed relief that there have been no incidents to date.

“We felt a responsibility to provide a refuge in our convention hall for these vulnerable patients even though we knew that we had a commitment for the same space with CPAC,” explained Gaylord manager Thomas Franks. “What we couldn’t have predicted is how perfectly they would all get along.”

Franks explained that the only issues were for the Fort Haven administrators, “The doctors have been the only ones stressed out, they’re having a heck of a time keeping track of who is one of their patients and who is a CPAC attendee, they’re all blending in,” Franks noted.

“In one case, the doctors heard maniacal and crazed ranting over the loudspeakers and rushed to escort their patient off the stage, only to realize later that it was Representative Devin Nunes.”

Administrators from Fort Haven Asylum have expressed gratitude for The Gaylord providing a haven for their patients in a time of need but are anxious about not retreiving all of their patients when it’s time to return.

One doctor from Fort Haven confessed,”Our patients have severe mental illnesses, some are paranoid delusionals, some are sociopaths, some are compulsive liars detached from reality…how the hell are we supposed to tell them apart from all these Republicans?!”

The biggest nutter of all nutters.

Funny, AdLib. It’s becoming harder to laugh at the crazies, but you always deliver.
—