The polls this morning show that around 70% of Americans oppose the GOP shutdown of the U.S. government. Whoops! Well, I guess that since the Republicans insist that the American people need to be listened to, they’ll immediately apologize and vote to fund the government without any delay or complications.

On the off chance that they don’t do this by the end of the day, as the GOP and Tea Party sink slowly into the West, we’ve compiled a variety of scenes from movies that might help explain to the GOP where they really are and how their actions are sealing their fate.

First we have John Boehner and the Republicans in The House helming their party:

John Boehner and Ted Cruz driving off into the sunset after the government shutdown:

The GOP trying to shoot an arrow through the heart of Obamacare:

The GOP forced to swallow the consequences of their actions:

Tea Partiers riding their anti-government agenda as far as they can:

No matter what genre a GOP/Tea Party film is, it’s always a disaster movie.

A Tea Party Weekend in the Country

If the shutdown continues into the holidays, we’ll have this to look forward to:
Christmas At Ground Zero

How could we forget this one?

Or this scene of a Republican trying to think intelligently:

That is Romney on the 2012 election night.

Ad, funny you should bring up this clip. The prosthetic dummy they used was actually filled with the oozings of Dick Morris. True story.

Funk, I see! So that’s why Dick Morris is hollow with only sulfurous gasses inflating him and keeping him from collapsing in on himself!

Cheers to KT for bringing Monty Python to mind. Here are some literal Tea Partiers celebrating their victory…until one of their other beliefs interrupts them:

You (Tea Baggers) shall not pass (your anti-Obamacare bill)!

Not to many people going to work at Nasa today
httpsh://www.youtube.com/watch?v=qDrDUmuUBTo

Hey Patsy! Another sci-if themed one, is that one of the Koch Brothers with long hair?

Night of the Living Republicans!

As the Repubs are in the midst of crucifying themselves…

LOL! Definitely one of my faves.

Ha, pretty fitting. The GOPTP has no shame at all!

How can they feel shame without a conscience?

“Beware of the blob, it creeps
And leaps and glides and slides
Across the floor
Right through the door
And all around the wall
A splotch, a blotch
Be careful of the blob!”

Ad, I have no idea how to get a clip from a movie but the title of one movie comes to mind. ” Dumb and dumber”.

I put one in for you, but if you had another one in mind, I can change it for you.

Thanks Kalima, I thought it fit well, don’t you? 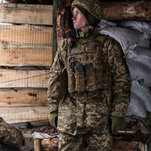 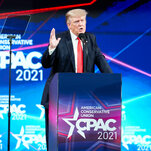 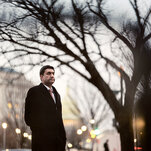 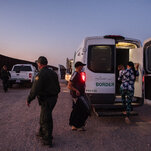 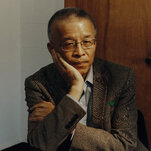 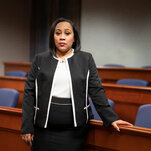