Home Elections 2020 Elections Netanyahu’s Win Is A Warning To American Voters: Trump Can Win In... 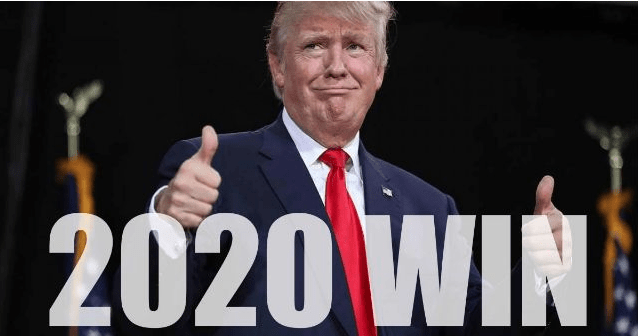 On Thursday, April 11, Chris Matthews on MSNBC’s Hardball had these sobering words to offer. I found them compelling.

Israeli Prime Minister Bibi Netanyahu has just given a lesson to voters in this country to President Donald Trump, and just as important, to Trump`s critics.

Lesson one: you can with win reelection while not changing your off-putting style. You can be ego-centric, narcissistic, bullying, the works.

Lesson two: if you oppose such a person, and all the narcissism and bullying, you can sure as heck lose to them no matter what you think of them personally and no matter how bad their image is in the world.

Lesson three: the guy you hate can win because whatever else you can say about him, this person you see as a villain is seen by a lot of other people as the country`s lone tower of strength; the one politician willing to take the heat for defending the country, its borders and its sovereignty.

Lesson four: if your opponent is seen as the man ready and willing to defend the country, its borders and sovereignty, and your candidate and party are not, you should not be surprised at your country`s verdict.

Bibi won because he, unlike his critics and political rivals, was seen as strong on the issue of defending his country, its borders and its sovereignty. By refusing to promote a strong alternative for border protection, critics and rivals have allowed Trump to position himself so far as the lone protector of the country`s sovereignty and for him to brand his enemies for being for open borders.

As former Governor Jerry Brown of California sized it up, Trump has made his call for a wall in the border a powerful metaphor. Quote: He`s saying, hey, those lefties and socialists are against it, I`m for it, and it`s protection. And somehow that will protect you from closing down the factory or protect you from these strange social experiments. Like Trump, Netanyahu also dealt in images like getting the United States to move its embassy to Jerusalem. That showed he had clout in Washington and they had the toughness to defend his country. And it worked. He just won reelection.

Trump`s opponent should pay attention. You can bet he has.

Everyone who didn’t think Trump could win the first time should remember that and know that Trump could win re-election so enthusiasm to get out and get others out to vote as we had in 2018 is critical.

I don’t think Netanyahu is so much of a parallel with Trump though. First off, Netanyahu’s far right views match a majority of Israeli voters while Trump’s don’t get much higher than around 43% of American voters.

Netanyahu ran against a novice politician backed by a brand new political party (The Blue and White). Trump will face a Dem strong enough to have beaten a formidable primary competition and an influential and very experienced established Dem party.

Netanyahu has been awful but in step with his voters while Trump has been exponentially awful, being openly racist, misogynist and attacking the people, cities and states who represent a majority of voters.

Also, in 2018, when Trump pushed the only hot button he had to manipulate the election, immigration and the Killer Caravans, the country gave Democrats the largest margin of victory we’ve ever seen. Meanwhile, Netanyahu’s greater oppression of the Palestinians is unfortunately supported by most Israelis.

Add to that the SDNY, House and NY AG cases that will continue to roll out against Trump and the slowing of the economy and Trump is not looking at an ideal environment.

All of that said, there are some treacherous things that could happen to help Trump win. Of course, Russian and Saudi interference. Asses like Howard Schultz or other megalomaniacs running as 3rd party candidates that drain enough votes from the Dem to allow Trump to win with less than a majority. Voter suppression tactics in Republican led states. Rigged voting machines without paper trails that are just now being bought up by Repub legislatures and Governors.

So it is very important that no one takes for granted that Trump will lose against even a neutral Dem. Enthusiasm is critical and Dems must rally together to support whoever the Dem candidate is.