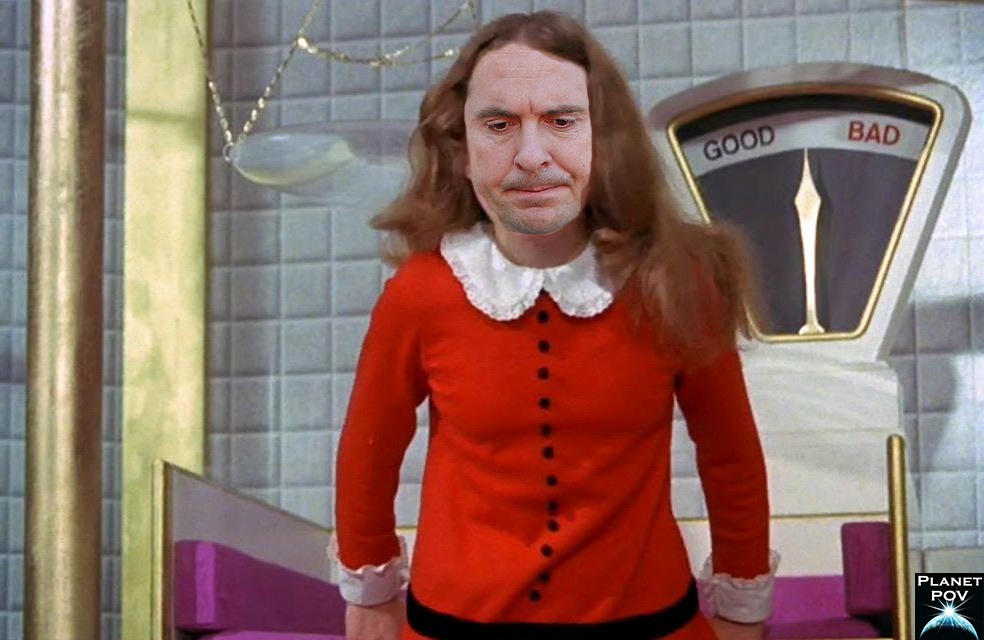 On the heels of filing a $250 million lawsuit against Twitter and two parody twitter accounts for hurting his feelings, Rep. Devin “Snowflake” Nunes has filed a $500 million lawsuit against all mirrors in the United States. Nunes claims that the portrayal he sees of himself in mirrors demean him and make him appear like “an overweight, slimy douche-bag”.

Nunes insists that the reflections he sees of himself in mirrors are intentionally insulting and defamatory and are the result of mirrors being in collusion with the Far Left, the Fake News and liberal social media.

“These so-called mirrors try to portray me as a hateful, petty and ugly human being. I intend to put a stop to this slander by crushing them into dust and investing all of my political capital in a frivolous lawsuit against these inanimate objects,” Nunes whined with a scowl that distorted his features in an unattractive way.

“How dare anyone in the United States of America, and any reflective surface, think that they can portray me, a public figure, in the way that I appear to them! There is no constitutional right that gives permission to anyone or anything to freely express themselves, at least, not that I’ve read,” Nunes howled before cringing at his reflection in his own iPhone.

Nunes claims that this will only be the first of such lawsuits and warned that his next target for a lawsuit will be courtroom artists in the upcoming Mueller-related trials he expects to be included in as a defendant.

“I am a handsome man, I know it!” Nunes insisted as his nose ran, his eyes bulged and teared up and his cheeks turned an odd shade of red. “You just can’t believe what you see in social media, on tv or in the mirror, it’s all Fake Views!” Nunes whimpered before hunching his back and climbing up into a nearby church’s bell tower.

Heyyyyy…I like Veruca Salt! She was the one child in that book that I actually understood!

Republicans are the thinnest-skinned people on the planet. It’s a wonder they can even live above ground without bursting into flames. Explains why the Donald uses that Orange artificial tan

Like all bullies, they’re only “tough” when they can safely attack others. When they’re attacked, they whimper and run like the cowards they are.

Indeed. One thing I have learned in my life is that the only thing a bully understands is a good punch in the nose.

I was bullied horribly as a child. Never fought back. Never defended myself or stuck up for myself.

Lol! He would if he could.

He signed a bill to discourage frivolous lawsuits. Nunie is supposed to be a lawyer? So who is funding this and has he read the Constitution or used it for loo paper?

Kalima, he is evidence that no amount of education can stand up to the nosediving IQ of being a Republican.

And I’m not kidding about him being charged for obstruction of justice, it could happen. Mueller has been investigating him. He did betray his oath of office and the Constitution by trying to block investigations of Trump and Russian attacks on our democracy.

He and McConnell compete for slimiest reptile in the GOP…and that’s saying a lot considering how many slimy Repubs there are.

Looks like he’s stepped into too much doodoo even for the repubs.

There is also a video somewhere on Twitter showing him defending the N word as free speech because people get mad at Dems becoming so authoritarian. Huh??
—