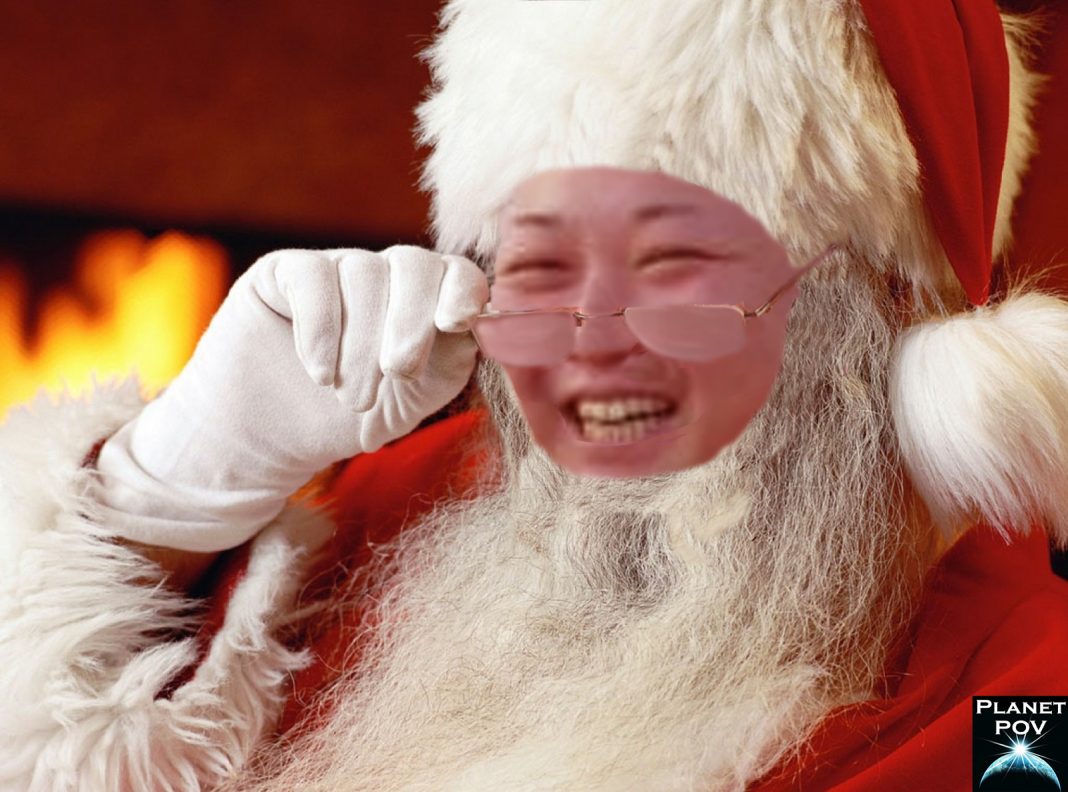 It’s that time of year when magical wishes are in the air and people believe that fantasies can come true…no, it’s not Rand Paul’s Presidential campaign launch, it’s Christmas!

To celebrate Christmas here at PlanetPOV, we’ve contacted some of the people who have been in the news this year to share with us their favorite things about Christmas. We hope this helps get you in the Christmas spirit!

“What we love most about Christmas is the movie “A Christmas Story”, about a white kid who carries an air gun which makes him adorable, the song White Christmas and the tradition of shooting tear gas at black people who stand under the mistletoe for too long.”

“I like that Costco makes rolls of wrapping paper  the size of Crimea and that there was a Christmas sale on jet packs at Sky Mall…that could really come in handy very soon.”

“We enjoy Christmas because that’s when tons of of trees are cut down, tons of paper is bought, torn up and thrown away and we actually look forward to getting coal in our stockings.”

(Instead of giving us his list of favorite things about Christmas, Kim Jong Un chose instead to share one of his favorite Christmas songs instead, rewritten into perfection by The Supreme Leader of course. Here is his version of  the classic comedy Christmas song, “ALL I WANT FOR CHRISTMAS”)

All I want for Christmas

Everybody stops
And stares at me
My Dad Kim Jong Il is
Gone as you can see
I don’t know just who
To blame for this catastrophe!
But my one wish on Christmas Eve
Is as plain as it can be!

Gee if I could only
Hack those dogs of Sony
Then I could wish you
“Merry Un-Christmas.”

It seems so long since I could say,
“We’ll destroy DC with a missile!”
Gosh oh gee, how happy I’d be,
If my threats wouldn’t fizzle!

To all our members and readers out there, we wish you a very happy holiday season and a really wonderful New Year!

A bit of fun from Pee-Wee’s Playhouse Christmas Special
https://www.youtube.com/watch?v=8jgIWVrDxuQ

I was so desperately in need of a wonderful laugh.Thanks, my friend.Merry Christmas, Festivus, Hanukkah ,Hindus,Muslims and atheists..MAY PEACE REIGN OVER THE WORLD.

So glad to hear that, ExFan! Such kind wishes, sending them back to you with the very best wishes!

Wink wink…Ad, I need you to reply to my emails asap.Spoke to PayPal…and the rest is explained on my email.
Thanks so much.BTW I am not getting the immediate replies from posts/comments.
(My vets were thrilled with the Duck a L’orange..LOLOLOL

😆 AdLib, my son is home from grad school and I read this to him. He laughed so hard! He thought it was hilarious — and so do I.

Thanks for one of the best laughs of the day on Christmas! And all the best to you and the family.

A Merry Christmas to you and your son, Kes! Makes it an even jollier Christmas for me to hear how much you both enjoyed our Christmas post!

Nice little surprise stocking stuffer! Thanks and have a wonderful holiday weekend!