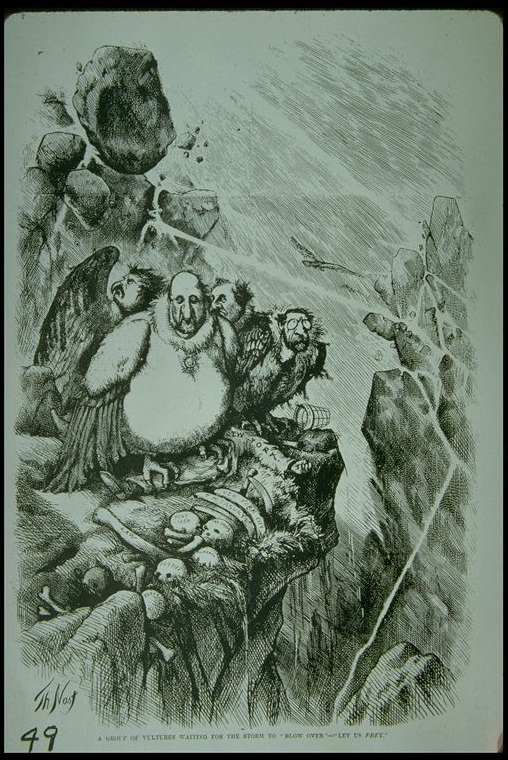 The amount of flailing the throwbacks in Wisconsin‘s legislature are demonstrating anymore is only serving to illustrate their desperation… it’s more than obvious that the RNC has already written them off.. hence pathetic moves such as these. NONE of this legislation will stand.

With every new assault on the rule of law..

With every new action…

With every new mugging of the people..

With every new attempt to take their elected office and create a personal fiefdom so as to lie, cheat, con and use the citizens as chattel to manipulate, negate, expropriate and preempt as they wish..

With every utterance emanating from their mouths like a putrescent, green fog they only amplify their breathtaking contempt for the electorate and their willful ignorance…

… and it only serves to illuminate their ingrained sociopathy.

With every, single step that they take, they are driving yet another nail into their own coffins… pounding them in harder with each blow…

Ready and eager to bury themselves and the entire, degenerate bagger agenda with them once and for all.

Face it…. this is nothing but a transparent, cynical ploy to try to restore his image as a “bad ass” in the wake of his plunging numbers & his inevitable ouster from office… but this time it won’t work as the American People are finally awakening to the reality of what these degenerates TRULY stand for…

Nothing more than a gaggle of witless ideologues & schills for those who want to turn working people into a class of indentured servants.

NONE of the bagger Governors would have been elected, had their constituents known that this was going to be the way that they were planning to “lead”.

Walker, Snyder, Kasich, LePage, Scott… not a SINGLE one would be in office if the elections were held today…. ALL of the polls are UNANIMOUS in this.

It is the job of ALL of us to remind the voters of this EVERY DAY until these traitors are relegated back into the steaming dungheap that they came from.

The sooner the better.

Blue State Man, You are So right!
FL has cut $100M from education- and the state doesn’t even fund education- the Lottery does.
They have mandatory utrasounds required before abortions, now- and the women have to pay for them. Minors have to get parent’s permission- or a court order.
To get welfare benefits, thy have to undergo drug testing- $80 out of the pockets of people who Need welfare.
Tax cuts for corporations- in 5 years, many corporations will be paying No taxes!
He is cutting Dept of corrections by 1400 jobs- FL has some hell- raising criminals in their prisons; and they’re already escaping at the rate of avg 1 per month!
All this with an approval rating of 36% Those leeches in Tallahassee better have a comfy place to land, next election..
Good analysis on WI!