Yesterday I wrote a post on people who steal shopping carts and their possible rationales for where they leave them.  I was surprised that so many folks felt they had to comment on such a small little corner of an urban reality.  I see that responses get sorted somehow into “strings,” if that’s what you call them, and everyone gets to banter on various aspects of the post. – OK, I’m still just trying to figure this all out. – On the other hand it seemed as if the responses took on a life of their own with ruminations about kids on drugs, hot breakfast cereals and a long chorus of multiple entries where everyone spent WAY too much time trying to create clever acronyms.  Things like; Shopping Cart Return Efficiency Workers (SCREW), Sanitation Tackling Department (STD) and Professionally Unionized Shopping Industry Engineers Society (PUSIES) were painfully delineated for the possible delight of those who invented them.  Oh, aren’t we clever.  Now I like hot breakfast cereals and drugged kids as much as anyone but there’s one thing I don’t need and that’s more acronyms!  There are way too many and they’re just not funny.

I work for a company that loves its acronyms.  I am constantly having to look in the acronym dictionary to try and understand what they are trying to tell me.  I get confronted by CAP (Contracts Approval Process), LOI (Letter of Intent) and MOU (Memorandum of Understanding).  I have to look each of these up and apply the various possibilities based on the criterion that fit with my line of business.  If I did not do this, there is the possibility that I would think they were talking about the CAP (Civil Air Patrol, Consolidated Appeals Process or Community Acquired Pneumonia), LOI (Limiting Oxygen Index, Local Operator Interface or Lunar Orbit Insertion) or MOU, (Master of Universe, Minutes of Use or Minnesota Ornithologists Union).  And these are just the first example I could come up with.  Who needs this?  Just spell it out!

There’s also the other dual acronyms that lead to tons of confusion.  IBM, International Business Machines, right?  Well, it’s also Irritable Bowel Movement, International Brotherhood of Magicians, Inclusion Body Myositis, Injection Blow Moulding, Indian Bureau of Mines, Initial Body Mass and Ich Bin Müde (how the hell did that get in there?),  just to name a few.  Every acronym now has so many definitions that one must be sure of the meaning within the intended context.  Although once, early this decade, I told my stock broker that my Enron stock was giving me IBM which he mistook for a sell order on Enron and a buy order on International Business Machines.  I actually meant that the stock was giving me Irritable Bowel Movement.  I just love this shit.

Let’s start to use fewer acronyms.  They add to confusion, uncertainty and are vague.  There are civic minded organizations that think a cute acronym will further their cause like MADD; is that Mothers Against Drunk Drivers or Mothers Against Deadbeat Dads? (both real entities)  It might as well be Mothers Against Dirty Dishes.  We all know they are against them and it fits.  Mothers seem to be against a lot these days.

I think that we need to stop this madness, it’s a trend whose time has come and passed.  It’s a trend that is no longer helpful in streamlining our communication it, instead, is adding to the uncertainty of modern life.  It is a trend that needs a movement to curtail.  I propose a new group “Let’s See Maybe Fewer Trends” to end this insanity.  We’ll call it LSMFT.  It’s clear, simple  and will stop the confusion over misleading acronyms.  LSMFT, ask for it by name. 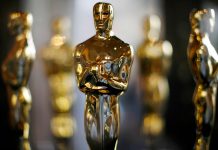 Acronymia is certainly not acrolectal in our language and I truly believe in all of my heart that it is acronyms, and ACRONYMS ALONE, which leads to the delinquent behavior and overall anomie of our youth today.

😆 you have a great sense of humor.

My favorite was the 60’s and 70’s MAD (Mutually Assued Destruction) describing the nuclear standoff between the US and Soviet Union now that is probably the most appropriate acronym ever.

My least favorite acronym ever trying to minimize what is essential a group of child molesters was NAMBLA (North American Man Boy Love Association). Yes it did really exist at one time.

Of course the military loves acronyms the most. They make acronyms out of every weapons system, every procedure and just about everything else. My favorite recent one you may have heard about in the news is SERE (Survive, Evade, Resist, Extract) school. It’s infamous because it’s the same “training” the military uses to waterboard our own soldiers. Actually a good friend of mine who I hired out of the Army and who was an Army Ranger went through this training. He said the worst part was where they would put you in the cell for a few days and blast all kinds of disturbing sounds. He said the sound he could not stand the most was a constant loop of babies crying. Considering most receiving this training are young men and many have young families like my buddy who had 2 year old twins at the time you would think the Army would have known better. Then they wonder why a soldier who comes back from Iraq or Afghanistan with PTSD kills his whole family.