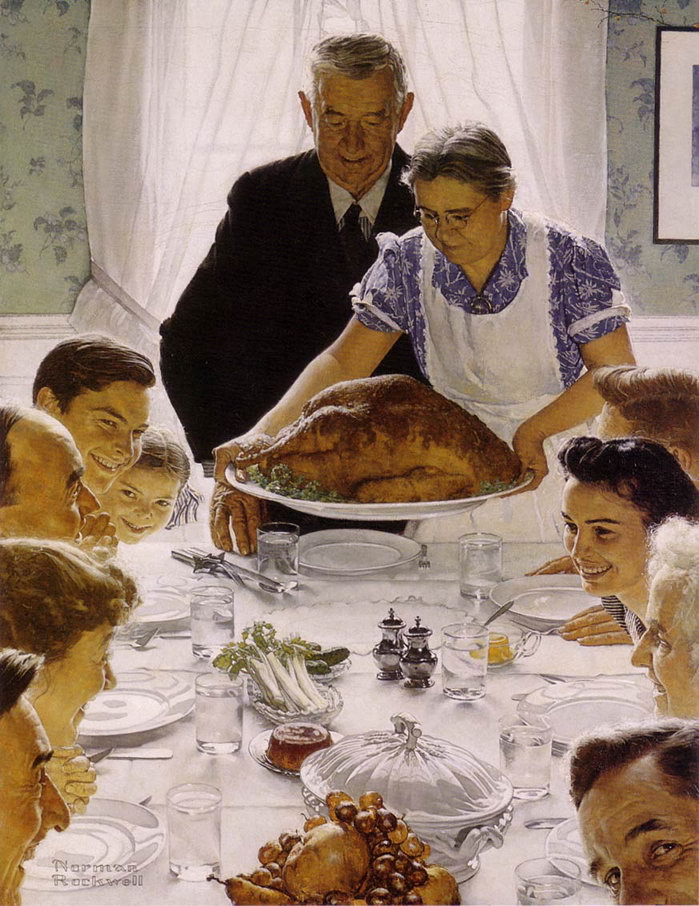 Like many other families at Thanksgiving dinner, we go around the table and everyone shares what they are thankful for. This year, I think most people will be saying they’re thankful for the same thing and perhaps like repeating Beetlejuice three times, all those simultaneous and identical words will make Trump just disappear. Oh wait, he already is disappearing!

The preservation of our democracy, the election of Joe Biden and Kamala Harris over Donald “Full Diaper” Trump and Mike “The Human Fly Strip” Pence, and the restoration of the U.S. and the Western World are all enormous things to be thankful for.

It is still a time when COVID-19 is spiking and the economy is struggling but there are vaccines on the horizon and a Democratic administration will better repair the economy so there’s that.

We’ve seen reasonable Republicans band together with Democrats and pour money and work into defeating Trump. Democrats in Congress stood up for the rule of law and impeached Trump.

A majority of Americans have made sacrifices through quarantines, keeping a distance and wearing masks to keep each other safe. Essential workers including nurses and doctors, teachers, supermarket and pharmacy workers and so many more have put themselves at risk to be there for Americans when they’re most needed.

The nation and the world came together against police brutality against black Americans after the murder of George Floyd.

In keeping with our annual tradition here at PlanetPOV, we’ve reached out (while staying 6 feet away) to a number of prominent Republicans to ask them what they’re thankful for this year, and here’s what they had to say.

WHAT I’M THANKFUL FOR

“I have to say, I am most thankful for the Spanish Inquisition, sleeping with my ‘Mother’, animatronics, fly swatters, Wonder Bread in a bowl of milk, ventriloquist dummies, and bobble heads.”

“I promise not to lie, I am most thankful for working for The Chancellor of the American Reich, the color white, George Orwell, the movie Mean Girls, Kool Aid, and lying. Whoops!”

“No one is more thankful than me…for me. I am tremendously thankful for snake oil, zombies, spellcheck, invertebrates/Republicans, orange makeup that doesn’t run as bad as hair dye, lemmings and…NO! I’m not grateful for one fucking thing! I won! By a lot! It’s not fair! I’m not thankful for anything! I want my cold and unaffectionate mommy!”

We’re very thankful here for all of our Planeteers and all of us at PlanetPOV wish you and your families a very happy and safe Thanksgiving!!!