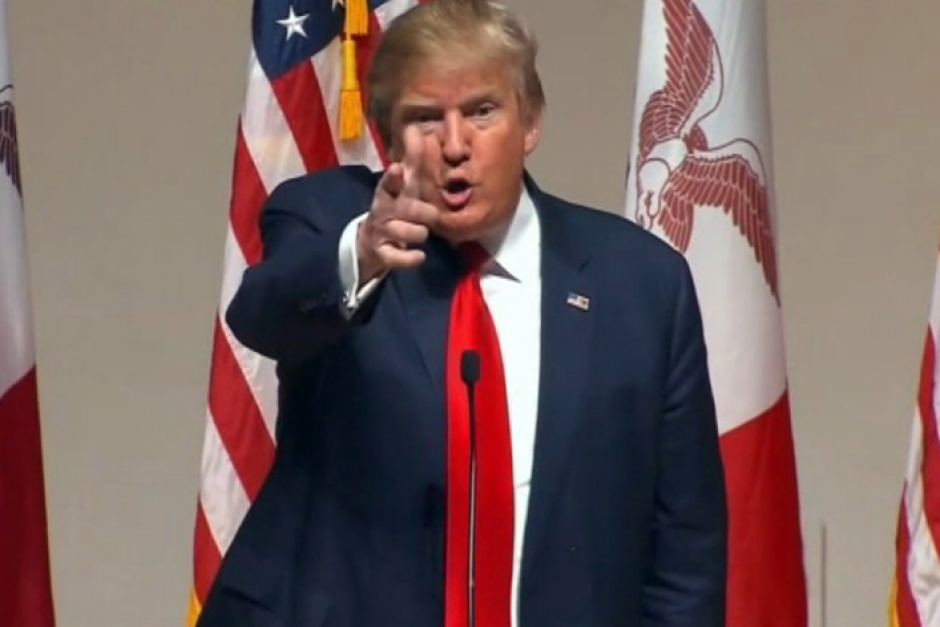 Shocking video was released today showing Donald Trump shooting an innocent stranger in the back on 5th Avenue and, to the approval of his excited supporters on social media, Trump claimed that he did so merely to keep the victim calm.

“Look, this is more fake news, put out to make me look bad. I do a presidential thing and the liars in the fake media try to turn me and the guy I shot into some outrage,” Trump frowned while accidentally firing the gun in his hand and shattering the windshield of a passing car that then crashed into a light post.

“I just got this fantastic gift from my good friend, Vladimir Putin, a new Russian-made gun, a ‘Udav’ I think they’re called. I got out of my car, you know they call it The Beast? I see my Secret Service guys pointing in at me and saying ‘The Beast’ all the time, they love the name of the car too,” Trump shook his head with a smile.

“So I get out and I see this guy on the sidewalk and he flips me the bird, you know, he had this crazy look on his face like he was really upset. So after my Secret Service guys guide him on his way with their fists, I’m thinking about how he could hurt himself or even other people by being in such a panic. So you know me, I always want to keep people calm, everyone knows me as the calm, peaceful, soothing president, right? ‘Mr. Peace’ they call me, sometimes ‘Mr. Peace of’ something, I don’t remember what. Anyway, I wanted to bring the guy peace and you know what my military guys told me? They said people used to call a Colt 45 gun a ‘Peacemaker’. So that’s what guns are, peacemakers. So all I did was try to make peace and the phony media is whipping up a big deal about it like I did something bad,” Trump complained as a gust of wind lifted up the hair on the back of his neck to reveal a birthmark that looked like a group of three “6”s.

After being told that the man who he shot had died, Trump responded, “It’s a free country, that’s his right but you know what they say about people who die? ‘RIP’. ‘Rest in Peace’, right? So either way, I brought him peace. Just like I’m trying to do for the rest of the country,” Trump grinned, twirling an invisible mustache.

“Now where do I get more bullets? Are there bullet stores or what?”