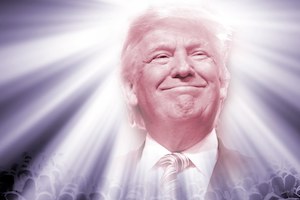 The Pandemic Was Preventable. HuffPo Busts the Story.

Many thanks to the courageous, heroic writers at the Huffington Post.

They have laid it all out, and we can now see the global pandemic under a new light. It doesn’t take a forensic historian to look backward in time and discover how the pandemic could have been prevented. We had the mechanism in place, but it was dismantled:

China employs many people to prevent, track, and suppress virus-caused epidemics. Until late last summer, we had a man embedded within that massive state apparatus; one single, solitary man – Donald Trump fired him without a replacement in August of 2019.

Two months later (the estimated date keeps changing by the hour), the Coronavirus appeared (named: “unclassified” respiratory infection). On Jan 1, 2020, the first cases of COVID-19 were reported. On that same day, the World Health Organization announced the novel Coronavirus to the world press. The threat level was set at its highest. The announcement was ignored.

We built this modern world, in part, to make it possible to work together to face global challenges, like this virus, or poverty, war, and hunger. Because Trump knew nothing better and had no better purpose, he started a street gang-like turf war with China. Being a Republican, Trump found an enemy to focus attention on. Instead of maintaining the precarious agreements we had through excellent diplomacy, he destroyed them. No American leader has ever made a poorer decision. It was Trump’s decision. His responsibility. He left us wide open, he gambled and lost.

The attached piece makes it clear that COVID-19 could have been bottled up in Southeast Asia, and starved out. It should have. And it would have, but for the fact that one man decided to focus on building walls of steel and stone, completely ignorant of the fact that he had already opened the door wide to invasion. The invasion had already begun, and for many their fates were already sealed, by the ignorance, and the incompetence, of one man. Without consulting science, or Medicine, or something higher, he decided. And the death toll grows higher each passing day. Half of Americans decided for everyone that competence (science) has no value when they elected Trump. And they were wrong. They are wrong again.

“What is science,” you might ask? Its the ability to build simple pumps to force air into your lungs safely, when you need them to survive. Science is seeing the whole problem, with eyes wide open. Science is spending years, many years of your young life, observing nature, to make a single hypothesis; then inviting, and inciting, your peers, every one of them better than you, to prove you wrong. Science is humble. Science, according to the Ancients, makes us better at living life – at living.

The “Response” was leaderless, ill-conceived and grossly uncoordinated. It is failing. We are failing the test. We may see many people die that we love, because of a fool. And because we allowed the incompetent to occupy positions of power, we are the fools.