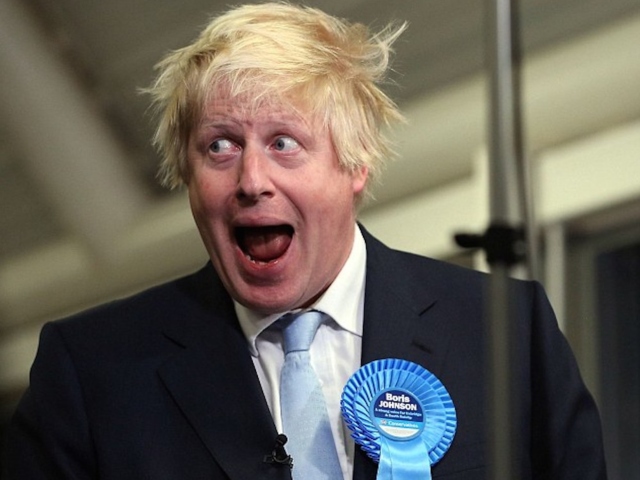 Welcome the the 21st century and an unexpected turn in a world of unexpected turns. As you might already know the Prime Minister’s job is once again up for grabs as the British love hate love love hate loathe relationship with it’s continental neighbours takes the scalp of yet another Conservative leader. Thatcher, Major, Cameron and now Theresa May have all succumbed to the extremes within their own conservative party and May appears to be no different. As Theresa prepares to leave Downing Street, the vultures of the conservative party have started circling to pick over the bones and lead the party forward into the abyss and oblivion currently on offer with the hard Brexit no deal types.

May’s entire premiership has been all about Brexit when leave means leave and a no deal is better than a bad deal and so on into a confused oblivion of conservative positions. Ask a simple question on a over four decades old alliance of agreements of political, financial, security agreements and get stupid reasoning as to why it is important to deliver an ill thought out democratic exercise that ignores those decades of alignment.

Unfortunately May’s departure opens the doors to some of British Conservatism’s worst characters. A crew of utterly unfeeling and uncaring people who have shown just how little they don’t care. Theresa May once wanted to change the party’s tag of the Nasty Party and when she became leader she was under no illusions herself oversaw a campaign as Home Secretary to have large vans with threats to illegal immigrants to hand themselves in. That nasty party being her ultimate downfall/

But something peculiar has come with this leadership race that has been absent from other leadership contests. There’s a new approach from certain leadership candidates………Good old fashioned drug taking.

So far three candidates have openly admitted to being partial to some Booger Sugar in the form of snorting cocaine all the way to smoking Opium in Afghanistan with a little weed in between.

Seriously it’s as if in an effort to show they can operate at a human level they all of a sudden want to tell everyone their ‘Trainspotting’ stories or drugs and a little degradation. For one candidate Michael Gove he has admitted to snorting cocaine more than once along with another candidate Boris Johnson. He too in a TV appearance fourteen years ago on UK satirical game show ‘Have I Got News For You’ admitted to snorting cocaine.

Funny to think that two candidates for the job of Prime Minister have openly admitted to snorting cocaine, I am sure that if anyone applying for a job put down they partook in the odd line of booger sugar I am sure your wait for an interview letter may be an eternal one

I’m sorry you have to go thru this, Kev.

My first reaction to the drug admissions is good, at least they’re being honest.

The obvious next question would be, have you stopped ?

Hi Kevin, and welcome to The Planet.

To become the huge arseholes they are, Boris and Doris must have done so much more than a bit of sniffing and snorting. They are part of the Cameron, Osbourne Eaton crowd of privileged males who learned almost nothing. The Proud to be Dumb team. Wouldn’t vote for any of them and never for a Conservative anyway.

Nasty Little Nigel is being investigated and should be in jail. What a bloody mess!

Enjoyed your piece. Thanks.

I formerly posted on Yabberz as Kevin McDaid

As someone who lives on the border in Ireland it is a time of true uncertainty.

I’ve only posted at HP, when things became so tacky, we left and eventually started The Planet.

With Boris now in the lead, I regret the day when I became a naturalised Brit. No voting if you lived abroad. Snotty people when you came for a visit. No bank account unless you lived there, but very expensive council tax on a property you inherited but didn’t live in.

My hubby and I returned for a crazy week in 2016, sold the house, met my father’s neighbours to take them out for a meal. Visited my parents grave and spent a few days with my sister in London. My first time back since 85’ and I knew that I could never live there again. If the Brits vote for an imbecile like Boris, then that is even more reason never to return.

The Tories, like the Republicans in the U.S. just don’t know how to govern or how to improve the economy. With this Far Right/Russia inspired and funded Brexit disaster, many companies are leaving or have left already.

Always have a soft spot in my heart for the Irish. My first roommate in London was Mary from Belfast. She taught me how to smoke, swear and how to tell jokes. A good Catholic girl. 🙂

My dad trained there before they sent him off to Gold Beach in Normandy, June 6th,1945.

Great to have you on board, Kevin.