Today marks a celebration of the days when The Pilgrams sought sanctuary in America and were stopped at the border by a big wall topped with razor wire while an armed militia of Native Americans had waited for months for “the invaders” to reach the border so they could leave just before The Pilgrams got there.

At least that’s what my Texas schoolbook said.

So, in keeping with our own Thanksgiving tradition here at PlanetPOV, we’ve reached out to many of the most influential politicians of the day to share what they are thankful on this day.

TRUMP: “I’m thankful for having read Mein Kampf 18 times, that turkeys get pardoned, not being fragged by a soldier yet, crosses but especially burning ones, lies but especially very white ones, forest rakes, Russian dual citizenship and Saudi Arabian press events.”

IVANKA: “What I’m thankful for is forbidden emails, people who unjustifiably project their desperate hopes onto you, unnatural sexual interest from relatives, silver spoons, golden toilets and that cookie sheets are shallow too.”

MCCONNELL: “I’m thankful for so many things including wrecking balls, lemmings, hypocrisy, that backs are so wide and easily stabbed, tasty flies, unrepresentative branches of government, my master Satan, and that you simply don’t need lips or a consicence to lead Republicans.”

BANNON: Here are a few things I’m thankful for. Flesh eating viruses, that “Hitler” is so easy to spell, minions, Photoshop, sales on torches, the worst in human beings, suits that come in the size “Extra Troll” and that you can actually vote to end a democracy.

PELOSI: “I am so thankful for the color “blue”, clueless white men who still think it’s 1982, subpoenas, Zumba, The Constitution, pendulums, The ACA, and how pleasant a gavel feels when you hold it.”

From all of us at PlanetPOV, have a very happy Thanksgiving, enjoy this special time with your family and friends and toast a glass to better times that now lie ahead.

Even When NC Tries To Get It Right…

The Commission On The Insurrection Must Take Place

I hope it’s not too late to chime in on the annual Thanksgiving post? I was so busy slicing and dicing, mashing, smashing and carving yesterday (in short, doing my best Ryan/McConnell imitation with food items instead of the national budget) that I didn’t get a chance to comment.

Like so many others, I’m thankful for the Planet and for my fellow Planeteers. And for family and friends and the hope that 2020 will bring a re-birth of optimism for a return of vibrant democracy in America — with liberty and justice for all. Justice especially. This means you, SCOTUS!

He also said that the low oil prices were due to Saudi Arabia when America only imports 9% from them with 40% coming from Canada, and America now produces sufficient oil to support its needs. The lies continue as he thanks himself heartily for the chaos he’s caused. It’s enough to make you want to vomit all over his shoes.
—

I made a tremendous difference’: Trump heaps Thanksgiving praise on himself
When asked what he is thankful for, US president turns to his favourite subject: himself

Not thankful for anything except for still having a husband and a job at the same time. 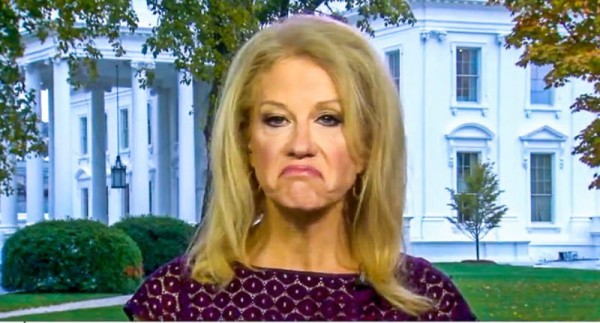 Hope that you all had a great Thanksgiving.

When you cross a turtle with a Croc, do you get Ted Cruz?

I’m thankful for my wonderful family, my friends, and for my (as you say) second family of Planeteers.

Happy Thanksgiving to you and your family!

We are already watching more and more people become thankful they left and aren’t Republicans now either. And we can be thankful that those numbers will get bigger and bigger!

All the best and have a wonderful Thanksgiving weekend!

The Most Influential Spreader of Coronavirus Misinformation Online

Why America Isn’t Getting the Jan. 6 Investigation It Needs

Anita Dunn, who is returning to her Democratic consulting company next month, has long faced questio

The F.T.C. asks for an extension to refile its Facebook antitrust suit.

The F.T.C. said in its request that it had reached an agreement with Facebook over the proposed exte

The agreement requires Mr. Barrack to wear a GPS location monitoring bracelet at all times.

Podesta Hired to Lobby by Huawei and Bulgarian Energy Company

With his allies running Washington, the veteran Democratic lobbyist has re-emerged after his firm co

What happens if the Supreme Court throws out Roe v. Wade?

In his first day on the job, Tom Manger -- the new chief of the US Capitol Police -- said Friday tha

As Covid cases rise, some conservatives make surprising course correction on vaccine ahead of 2022 midterms

The Biden administration is debating a series of steps to further contain the Covid-19 pandemic, whi

Yet another US Capitol suspect was caught this week, all thanks to his Bumble match.

Analysis: Trump supporters are a big reason why Canada and the UK are beating the US on vaccinations

Poll of the week: A new Angus Reid poll from Canada finds that 86% of Canadians 18 and older have go

Clashes in Paris over Covid measures

The government says the measure is to help its forces stop Taliban militants infiltrating cities.

The R&B star had sexual contact with a 17-year-old he met in McDonald's, prosecutors claim.

Stephen Harmon, who opposed getting vaccinated, has died after a month-long struggle with the virus.

Budapest Pride stands up for LGBT rights in Hungary

As the search for remains in the collapsed apartment block ends, one victim remains unaccounted for.

Weekend Music Thread – In the City

Featured Posts AdLib - July 17, 2021
9
This weekend's music theme is about celebrating cities, songs about any city on Earth, whether you know the way to San Jose or you hear London calling.

Featured Posts AdLib - July 10, 2021
7
Here we go again, another record heatwave in the West courtesy of the fossil fuel industry and their global production of, "Climate Change!" We're calling them out this weekend with a music theme about heat and cold, otherwise known as things that people die of in Texas.