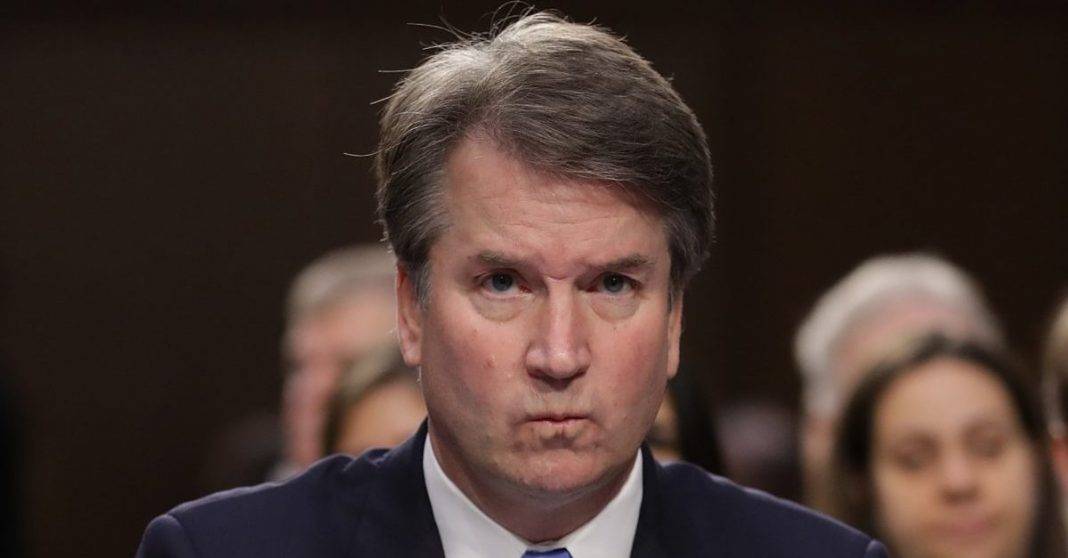 Senate Republicans designed the “advise and consent” hearings for Brett Kavanaugh to be a sham from the start.

They violated many key procedures and precedents, blocked 94% of documents from his career from being provided.

They blocked the National Archives from providing documents as they always have in Senate judicial hearings and instead anointed a Bush cronie to be the one to determine what documents would be provided.

They unilaterally declared most documents that were provided to committee members to be “committee confidential”, preventing them from being disclosed to the American public which prevented questioning about them to Kavanaugh at his hearing. This was done despite this status only being applicable in all previous instances when the other party’s committee leader has been consulted and agreed.

They dumped over 10,000 documents on committee Democrats the night before the hearing with Kavanaugh, assuring that Democrats wouldn’t have time to fully review them and prepare questions.

They have rushed the proceedings faster than any in recent memory, ignoring the investigatory and deliberative nature such hearings are supposed to have.

And most recently, they have set up a sham hearing to weaken and steamroll over the very substantial and serious claims by Professor Christine Blasey Ford that Kavanaugh attempted to rape her in high school. They refuse to even treat her as badly as Anita Hill was treated, at least an FBI investigation of Professor Hill was done, Republicans are refusing to ask Trump to have the FBI investigate any of this.

Right now, despite the massive outrage against these unprincipled, amoral and misogynist Republicans trying to similarly force Kavanaugh on an unwilling country (only 31% of Americans approve of him, a record low for a potential SCOTUS judge), Republicans may indeed accomplish this.

Voters should absolutely be reminded continuously as election day approaches in 47 days, that Republicans broke The Senate’s rules and practices to ram through this accused attempted rapist who is an extremist and likely to destroy Roe v. Wade, the ACA, consumer rights and protections, etc.. They should be urged to vote in November and help others vote to throw out this corrupt and destructive party from a position of power (not to mention their refusal to follow their Constitutional duty to provide oversight and be a check and balance on the president).

But this very possible sexual assaulter would still be on the Supreme Court where he can continue to use his now greater power to dominate and injure women. Can anything be done to stop him?

There are three scenarios that could possibly limit the damage that this fraudulent Senate hearing process, designed only to foist a radical, dishonest and possibly criminal man on the nation for decades, would do.

Of course, the ideal way to stop Kavanaugh is to prevent him from ever getting on the SCOTUS. If that isn’t accomplished though, as long as there is determination, there are ways to take away his power and influence over the future of American democracy and society.

I’ve been saying for days that, if Judge K becomes Justice K, Dr. Blasey Ford could file a criminal complaint against him in Md for felony attempted rape and felony kidnapping at any time. Glad to hear @maddow make just that point tonite — though she omitted kidnapping.