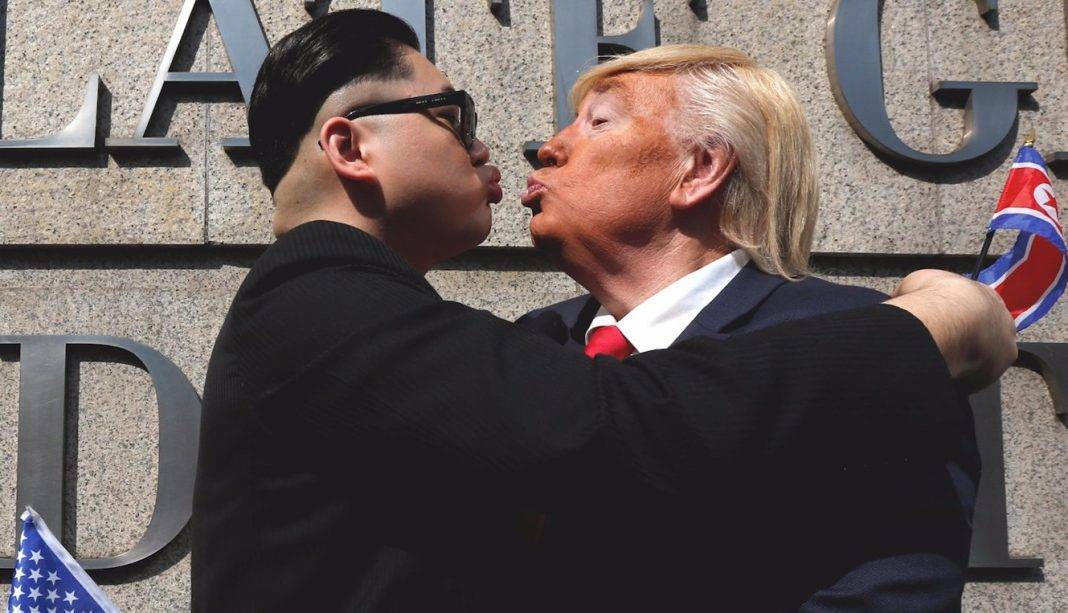 Following up on the positive attention Donald Trump says he’s received over his unconditional agreement to meet with North Korean dictator, Kim Jong-un, Trump has just announced that he will also meet unconditionally with Lex Luthor, Thanos and the clown from It.

Seemingly unaware that these are fictional characters, Trump declared that he alone will put an end to evil by meeting with those who perpetrate evil and negotiating them out of it.

“Look, if I can do it with Rocket Man, I can do it with the worst of the worst because I know how to talk with them on their level. I will end all evil in the world, believe me, they’ll all soon be doing what I tell them and that’s a good thing for America,” Trump insisted while a tailor used a measuring tape to size his head with for a gold and jeweled crown.

Trump then presented a longer list of real and fictional “bad guys” he would meet with in the coming months which oddly included “Jesus”. When asked about this, Trump noted, “All these people think Jesus is a good guy, well he’s not, trust me. He creates zombies by bringing dead guys back to life, he wants to destroy our banking industry and wants to jack up everyone’s taxes to take care of the laziest people out there. I will straighten him out too and I hope I get the credit I deserve for that. If Christians want to rename their religion after me, to be Trumpians, I wouldn’t complain. I am the real savior here and you know, I can turn wine into water, just give me a half hour after I drink it,” he joked.

Leaders of the Religious Right were asked about their reactions to Trump’s describing  Jesus as a bad guy he would stop.

Franklin Graham, son of Billy Graham and staunch Trump supporter responded, “We don’t expect Donald Trump to be perfect or show respect to the founder of our religion or his principles, or be faithful to his wife, or avoid defrauding people, or not be criminally corrupt and greedy, or shun bigotry or refuse to conspire with an enemy of our country that is right now attacking us. To be honest, in a choice between Jesus and Trump, I’d have to choose Trump, he’s more Christian than Jesus was. After all, Jesus didn’t support making religious beliefs into laws that force entire societies to follow what an extremist minority believes, so who’s really supporting our Christian values? ” Graham asked while ducking lightning bolts crashing down through his church roof at him.

Trump teased the press about another list of “bad guys” that he would meet with in the future to stop their evil and that he was just waiting for the translation from Russian to announce them.

Trump could never wear a crown … it’d mess with his freaky combover. Which begs the question: how does he manage to get that maga baseball cap on his head? It can’t be simple. A good candidate for a viral video.