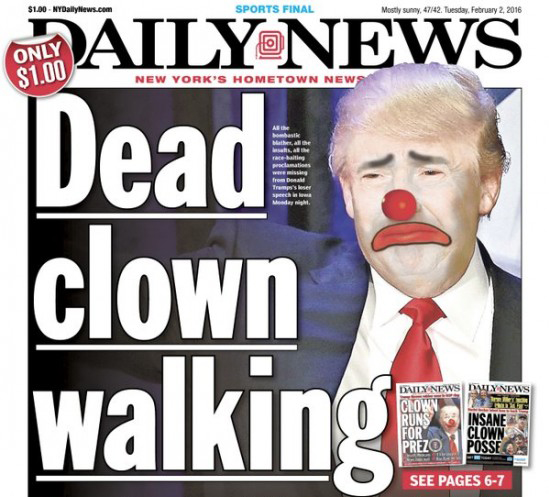 Looking at the polls, it sure seems like America has finally had enough of Donald Trump’s ranting, raving and “bigly” horribleness.

Still, the election is far from over and turning out to vote is a serious priority for all those who want to keep Armageddon as a fictional movie plot.

So doing what we can to toss an anvil to a drowning Trump, this weekend’s music thread is about jams that slam Trump. Share songs with titles that describe who and what Trump is  and if you’re lucky, you may get famous after he accuses you of also founding ISIS!

Consider this the official soundtrack of the Trump campaign’s implosion!

Sorry we can’t dance to them but it will remind us of what an arsehole he is, and they are weirdly entertaining. 😯

A walk down memory lane? Not for trump though.

An urgent message for trump supporters.

This one’s for all those Trump Chumps!

This one goes out to Paul Manafort!

Ha, I wish someone would! 😉