Home History The Untold Story Of The IRA Air Force 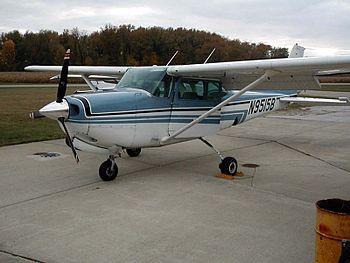 I used to be a member of the Irish Aero Club, which operated out of Dublin Airport for many years. One day, in the early 1970’s in the middle of the ‘Troubles”, I was filing a flight plan for a local trip, when someone I had never met before came into the Club to retrieve his Cessna which had been serviced.

While he was waiting, I poured him a cup of tea and we chatted for a while about flying in Ireland. He suddenly turned to me and said: ‘You’re not going to believe this, but I was hijacked last week!” ‘What do you mean?” I asked?

He explained that he ran the small Dundalk Flying Club ( just south of the Northern Ireland/Republic of Ireland Border) with a Cessna leased from our Club, and that, just after he sent the Cessna down to be serviced, he got a request to do an Introductory Flight for a prospective pupil. Not having his regular airplane available, he went and borrowed one from another pilot in Dundalk and took the client up for a local sightseeing.
Just after he took off, the client produced “ A Bloody Great Gun” and directed him to a field about 10 miles inland from Dundalk, and told him to land. Naturally, he complied and landed. A truck pulled up and two brawny guys unloaded a 10-gallon heavy looking Milk Churn and loaded it, with a bit of difficulty, into the airplane. The client then made the pilot take off and head towards the Border. The pilot asked what were they going to do and the client said: “We’re going to drop this on the British Army Observation Tower just across the Border! We’ve been checking you out for months and you often go that way, so they won’t be suspicious.”

The pilot shook his head and said:
“ You may shoot me for what I’m about to say, but you can’t possibly do it” ( He didn’t mention to the gunman that he wasn’t a Catholic, either!)
Gunman: ‘Of course we can! Just prop the door open and I’ll push it out as we fly over!”
Pilot:” Have you noticed anything about this plane?”
Gunman: “No”
Pilot: ‘Did you not notice that it’s not the same plane as I usually fly?”
Gunman: “ What @#$%% difference does that make?’
Pilot: “ Well I usually fly a Cessna, which has a high wing. This airplane is a Piper, which is low-wing. If you throw the milk churn out, it’ll go straight through the wing and we’ll crash!”
Gunman ( After a few seconds):’ Can’t we just rest it on the wing and ease it off?’
Pilot: “ No, it will either damage the controls or hit the tail, in either case we’ll crash.”
After a minute or two, the gunman said to the pilot:
“Take us back to where we took off from.”

The pilot did and after the ‘Lads’ had a muttered, expletive-laden pow wow , unloaded the churn and departed, leaving a rather bemused and scared pilot to return to Dundalk with the warning: ‘Not a F$%^ word to anyone. We know where you live”. He did report it, but nothing was ever heard of the first sortie of the IRA Air Force from that day on. Until Now! 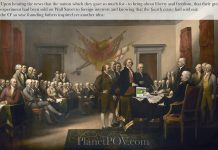 Ppo, what a delightful story. It made me laugh out loud imagining the Irish brogue spoken by those misfit IRA bombers full of bad intentions yet screwing up royally. Something straight out of Monty Python.

Thanks so much for remembering and sharing it with us on The Planet.

Any more where that came from?

Oops, the sheep are calling. Goodnight.

PPO, that was a good story. Sometimes, the best plans just don’t work out. It was a good thing the pilot was able to reason with them. I wonder if they thought they could just drop it and hit their target first ?

Thanks for the chuckle.

Thanks, Nirek. It’s a long memory, but I never saw any newspaper report on it. I’m not totally sure about the type of airplane used, but it was definitely a low wing!