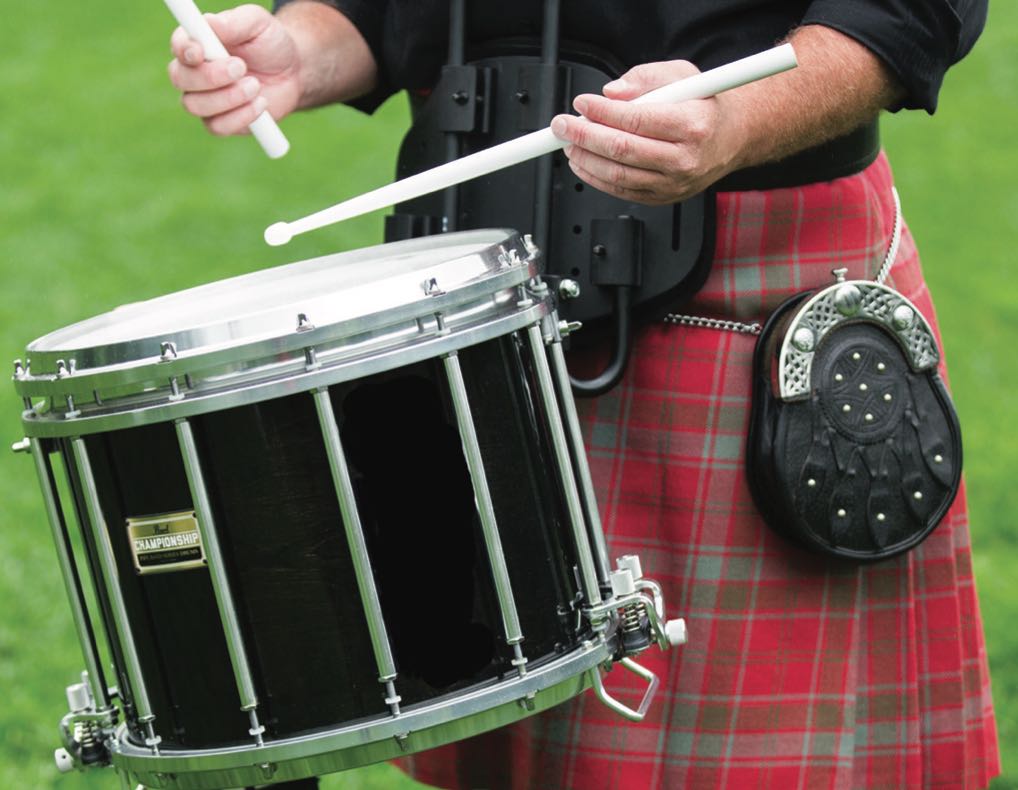 As always, this will start with me, but I’m going to skedaddle past a few things. As this is drumming, no drummer is the same – except that we are all likely AD/HD. I was banging on pots and pans and all that. Instead of using the silverware on the cabinets, my parents relented to let me try out as a drummer in sixth grade.

Somehow I impressed the teacher by knowing Unchained Melody – a random trivia question, but was clear I wanted to play drums. We’d already had a music class once a week or so, and it was my favorite. I had those sticks where you click and learn 4/4 basically. I was glomming on to the roto-toms and bongos, I looked at the poster of a drum set… I was smitten.

I still have my plastic recorder, but that’s more because I couldn’t make it into a bong later. I never took to woodwinds or any of that. I tried, but it just frustrated me. I would later try something called a chanter, which is something we will return to. I would draw my perfect drumset in math class daydreaming.

Well, I would go on to enter band as a percussionist. I was often first chair. It was the only thing I really excelled at – or even felt competitive about. I would wake up at 5 o’clock in the morning to go to Junior High Jazz Band practice [it was 0 period]. I would stay after school just practicing on the drum set, marching tenors, learning how to tune a timpani – all on my own.

I loved drumming. It just kinda fell on me in a way. It just clicked instantly. I loved the feel, the sound, the power; the grace of even the lightest touch. I was connected emotionally. Immediately. Unfortunately, I had a falling out with another band teacher. The one thing that kept me sane and motivated, he took away from me.

I would have piano lessons for a few years off and on before and after, play in a couple of garage bands with gigs, play for a symphony, sit in for some jazz gigs my drum teacher got me, meet my maybe best friend at Jazz Camp even…

Then, at one of my lowest points, my parents saw a flyer for a Scottish Drum Workshop. And since I’d always leaned hard into my Scottish ancestry more than was maybe reasonable, my parents signed me up and drove me there.

It turned out to be with J. Reid Maxwell, the Drum Sergeant of the Simon Fraser University pipe band. It is there I met and joined my first pipe band. A whole new world was in my head (though we can’t mention the song due to copyright).

Years later, the bug was still implanted. By some strange circumstance, when I moved to Arizona I heard pipe tunes from next door. I joined their pipe band forthwith. Later on, the young lady drum sergeant that had taught me Scottish rudiments in Oregon, was there again (it’s a small world, after…)

So, I can’t really escape it. I’m a Scottish Drummer. I’m all sorts of drummer, actually; but that’s the one style that keeps bringing me back.

I just wanted to give a little background. Because, I actually want to dive into Pipe Drumming [it’s been adopted by other Celtic nations, so Scottish drumming as a term is a bit not PC anymore – and that’s a rabbit hole actually worth it on its own.]

Whilst it might be a vanity project, a lot of drummers might not know – let alone believe – how much Scottish drumming has influenced them; even if most tangentially. In fact, most western rudiments, originate in a little place called Basel, Switzerland (which is not Scotland but hang with me).

And that’s where I’m leaving it here because I need more research and ability to explain drumming tradition and rudiments. I know them, it’s just – it always just clicked for me – I’m the worst drum teacher ever. I’m just – how can you not get this? And the thing is, I could never do a layup on Charles Barkley, I did try to learn the chanter (which is a double-reed practice instrument to learn the pipes), and maybe I will.

It’s as physically impossible for me to tan as a blue-eyed ginger as much as some just don’t have rhythm. Some things we cannot help. I’m also left-handed – didn’t choose it. It’s just how it is.

So, my number one pet peeve about drumming, is that everyone thinks they can do it. Every drum circle of hippies I’ve been to, I want to confiscate their drums. You have fancy djembes, darboukas, and all sorts of frame drums and tambourines and shakers – but you can’t count to four, let alone subdivide it. It’s painful how one can have so much money and so little talent.

I’ve never wasted money on a violin. Why do you think it’s okay to think you can drum? I still can’t play a recorder. And don’t pretend to.

Should I dive deep into DCI v Pipe [former thinks they know everything that the latter formulated], or just teach how to clap on two and four?