PlanetPOV Real People. Real Opinions
Home News & Politics Congress Boehner Has Clung Desperately to His Gavel: That’s All He’s Got to Show for His Efforts 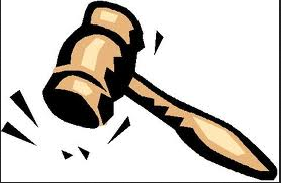 John Boehner has had one goal during his Speakership: Keep the Speaker’s Gavel. The Summer Recess ends in Victory for the Speaker. He is still Speaker!

That’s it. He does what must be done or not done to avoid a vote of confidence on his Speakership. You see, it is really pretty easy to remove the Speaker IF he/she does not have control of his/her Party. And Boehner clearly does not.

For Boehner, his legacy comes down to one thing: Can he hold the Gavel until he is willing to put it down.

The Speaker can be removed By a Simple Majority

Article 1 Section 2 of the U.S. Constitution states that the Speaker is chosen by a majority of the membership. There is no term of office. The Rules Manual for the House of Representatives provides for the removal of a seated Speaker, during session, for the purposes of preserving the “dignity, and the integrity of its proceedings” under the constitutional prerogative of its function with respect to impeachment.  Any member of the House can bring forth a resolution presenting a question of privilege to declare the Speakership vacant based on this provision. That’s it. A majority declares the seat to be empty and then a majority chooses a new Speaker.

John Boehner had a plan early last week to address the border crisis: The House would pass what the leadership of the House thought was an extremely right-wing bill in two votes, then the House would leave town and blame the Senate for failing to pass its bill and the President for failing to lead. This is Boehner’s plan for addressing every crisis. Do as little as possible and pass on the blame to Obama and the Democrats for whatever happens. Count on the automatic antipathy of your base for all things Obaman and Democratic and the two primary GOP base characteristics: calculated ignorance and invincible arrogance. But then the thing that always happens to Boehner’s plans happened.

Someone threw a wrench into it. Or rather the GOTP threw in a bunch of wrenches.

Ted Cruz (with Pete Sessions at his side) met with the core group of House Teapublicans who he controls as the leader of the Tea Party movement on The Hill.  They made it clear that Boehner would not be able to pass his bills with GOP votes (and Nancy Pelosi was having nothing to do with them). Boehner was forced to pull his bills from the floor and to extend the work week (oh, the horror!)

The thing is that in normal times Boehner’s strategy would almost always work. The House is designed to be a highly autocratic chamber that traditionally passes almost anything the leadership of its majority party wants to pass. The Tea Party has changed everything by bringing to Washington a large enough bloc of Republicans who don’t want to vote for anything that they can bring down- even when those bills are far too conservative to be passed into law. That’s why House Republicans have had to pull bills to lift the debt ceiling, fix the ACA, extend tax cuts, extend farm subsidies, fund highway repair and reopen the government.

Thus in Boehner’s House, failure, seemingly materializing out of nowhere,  is always just a moment away. Last week his grand plan  went “POOF!” with the wave of Cruz’s hand.

In the wake of the defeat of the two bill scenario, House Republican leadership decided to skip town without passing anything issuing this official message with a familiar theme: “It’s Obama’s fault.”

“This situation shows the intense concern within our conference – and among the American people – about the need to ensure the security of our borders and the president’s refusal to faithfully execute our laws.  There are numerous steps the president can and should be taking right now, without the need for congressional action, to secure our borders and ensure these children are returned swiftly and safely to their countries.  For the past month, the House has been engaged in intensive efforts to pass legislation that would compel the president to do his job and ensure it can be done as quickly and compassionately as possible.  Through an inclusive process, a border bill was built by listening to members and the American people that has the support not just of a majority of the majority in the House, but most of the House Republican Conference.  We will continue to work on solutions to the border crisis and other challenges facing our country.”

The best part of this message is its demand that Obama act “without the need for congressional action.” They just decided to sue him for doing exactly that and now they are urging him to act in their stead. Amazing.

We now know that the leadership rethought this bit of impromptu speech and kept the members in session while they cobbled together something they could pass knowing it was stillborn. The bills that passed were, in fact, far more strident than the first set, crafted with the TP approval at every step.

Boehner Only Succeeds By Busting His Own Caucus

The fact is that the only time that Boehner succeeds is when he breaks the Hastert Rule that Bills must pass with his GOP majority. The (Speaker of the House) Hastert Rule is the GOP rubric that states that House Leadership ONLY puts on the floor those bills that they can pass with GOP votes exclusively. It’s a nice way of saying: “We don’t need no stinkin’ Democrats.”

But to get the First Fiscal Cliff Resolution, the Violence Against Women Act, Hurricane Sandy Aid; to Reopen the Government and Raise the Debt Ceiling Boehner had to have Democratic Help. He had to enlist the Minority Leader, Nancy Pelosi. He had to break the Hastert Rule (while not saying he had).

Of course, Boehner is in the right when he does because in doing so he acknowledges that the Speaker is Speaker of the HOUSE, not just his/her PARTY. That’s why the House leadership has a Majority Leader and a Minority Leader. The Speaker is meant to be a national leader befitting the person second in line for the Presidency immediately after the Vice-President.

The most famous example of a Speaker who understood his role as a leader who transcended party is that of Democrat Tip O’Neill (Speaker from January 4, 1977 – January 3, 1987) and the Social Security Reform of 1983 done in partnership alliance  with Pres. Ronald Reagan. The two put together the bipartisan Greenspan Commission and then sponsored a series of amendments through their surrogates in 1983 that increased the solvency of the entire system. The Dems had 272 seats in the House with the GOP holding 163. Since 218 votes were needed for passage Democratic support was necessary. The final vote: 163 Dems and 80 GOP voted yes. 54 Dems and 48 GOP voted No. Bipartisanship on both sides of the vote.

While O’Neill was staunchly opposed to many GOP policies and positions, he knew how to compromise and how to work with the opposing party. He also led a diverse Democratic party with a mixture of liberals, centrists and even a few conservatives, and dealt with an equally diverse GOP of strong conservatives and moderates.

But therein lies the problem for today’s House…the GOP is controlled by its most ideological and militant reactionary elements.

Boehner Nearly Lost his Bid for a Lousy Second Term

Bottom line: He won because no one else with real influence wanted the job and was virtually unopposed. Even so he was nearly humiliated by the threat of a virtually unheard of second ballot.

He won his second term by a very close vote with just 220 votes (when 218 was needed) votes  – exceeding the number required to become Speaker by only four votes. BUT IT WAS ACTUALLY A LOT CLOSER.

Coming in second to Boehner was Minority Leader and former Speaker of the House Nancy Pelosi (D-Calif.) with 192 votes. Another 15 members abstained from voting or voted for someone else. If Boehner had not won the vote during the first round, a second round of voting would have taken place- there hasn’t been a second ballot for Speaker since 1923!

For a few moments, it seemed as if voting would move to a second ballot, as Boehner was several votes shy of reaching the number necessary to claim victory outright as the vote came to a close. The chair, an ally of Boehner, suspended the regular order and allowed the voting to continue without an announced closure time. Boehner ended up receiving 216 votes at the end of the first call to vote. The members abstaining were thus given a second opportunity to vote. Four Republicans changed their votes, bringing Beohner’s total vote count to 220.

WHAT A PROUD MOMENT FOR THE LEAST PRODUCTIVE SPEAKER IN THE HISTORY OF THE HOUSE OF REPRESENTATIVES. Elected by a bare majority because no one else wanted the job (and they still had to fix the game.)

TAKE YOUR PICK AND POST ITS NUMBER IN YOUR COMMENT….For the sake of his legacy as Speaker of the House, what should John Boehner do?

ACTUALLY- Not so much, not much at all.