Home Arts and Entertainment Film JUST IN: The Nominees For The Republican Academy Awards! 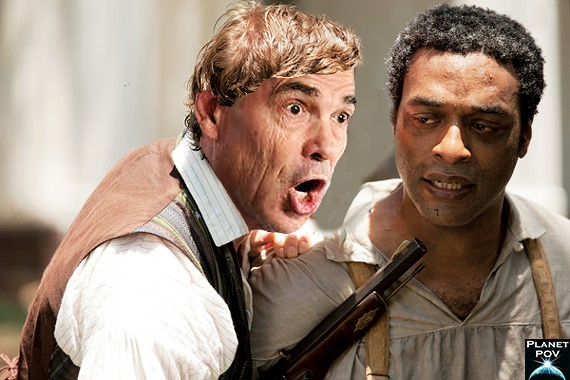 And now, the nominees…

BAD ACTOR IN A CORRUPTING ROLE

“Captain Phillup My Eyes With Tears” 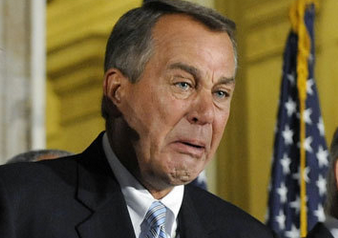 The Republican Academy Awards will air on Fox News and will be hosted by a fully armed Ted Nugent offering his brand of rapid fire wit. Dress is black tie and bulletproof vests.

Who knows which nominees will walk away with the coveted golden statuette, The Wacko? They all deserve it but there can only be one top loser! Turn down your IQ and tune in your TV to watch and find out!

Can’t wait to see the Ceremony live on POV soon. Can I be the one that says :

N-I-C-E! Come home from a 3000 mile drive (was in Palm Springs – wow. what a trip) to find I missed the deadline for application. So here are the “Bitches”, my alternative reality:

Best Foreign Language: Brit Hume for whatever the hell it is he speaks

Thanks for the laugh, Ad Lib. Good to see humor is still ever-present on the Planet!

Hey AB! What deadline for what application did you miss? Glad you were out in Cali for a bit but that’s a hell of a drive.

Love your nominees! Just playing off of yours:

The Republican House Majority in “NO-braska”.

As for Christie, he hasn’t been very animated lately and I don’t think many want him featured around them right now (the Republican Governors Association is squirming at having him there…very amusing!).

The Republicans and the Tea Party in Dumb and Dumber

That is type casting, indeed!

Have you all no mercy? No compassion? No empathy?

These are smart, intelligent, and very savvy people that have reached the top of their particular professions. Having done so, they have become trapped. Yes, trapped, I say! They cannot help it. To stay where they are or advance, they HAVE to lie, cheat, steal, behave irrationally, say things that are absurd. Just like we all want to keep our jobs, THEY, for the most part, have the best job they are ever likely to have, and they mean to keep it. Who wouldn’t? If they had qualms, they wouldn’t be where they are!

So, feel sorry for these poor, lost souls. Understand that they have to do what they do, not because they want to, but because they HAVE to. Have a little compassion for their families, who must be under tremendous stress. It’s the right thing to do!

Pocketwatch, so to compare them to a movie, maybe we should think of Republicans as kind of like The Andromeda Strain, they just rampantly infect healthy things as part of their process to exist.

Or like the zombies in Night of the Living Dead?

Looks like a GOP Film Festival may be in order!

They are the scorpion to our frog.

So glad you enjoyed it, Jenuwin!!!

AdLib, Hilarious, Brilliant, Clever, Toooo Funny! Awesome!
Run out of superlatives for you. You are Masterful Ad.

Hard to pick a “winner”?! But I’ll narrow it down for fun and say “Captain Phillup My Eyes With Tears” and “Before Midnight Snack” with those “promo” shots are pricless. The only question is did CC use relief $$$ to make his chances better at winning the top Gong?!

Wow Fergie1, what kind compliments!!! Thank you so much!!!

It has been talked about that Christie did indeed use Sandy funds to promote his run at winning The Wacko but that he has eaten the evidence.

😆 You made another funny Adlib!!

Oh these are just TOO good, AdLib! I’m with Nirek though – ALL top LOSERS. I do love Full-o-MEAN-a. That is right on the money but still should lose big time.

Cruz IS the Canadian Hustle. Now if we could just prove he takes bribes…wonder if he’d sucker for a bimbo ready to reel him in on his own corruption?

VERY fine line up. But I fear it will be a very short show…

CL, just being nominated means they’re all losers. Some will just be more celebrated as losers than others.

Not only will it be a short show, but it will be rerun non-stop on Fox News for the next several years.

Funny stuff Adlib,I really love it when Boehner bawls,his chin knots up,and he gets that lip quivering thing going.But I don’t think he is acting! I look forward to your next entry!

Cheers Beatlex! It is absurd that one of our most powerful leaders in this nation is often on the verge of crying like a five year old boy who’s skinned his knee. Really? That’s someone fit for office and power?

Very Funny, Funk! A great addition to the nominations list!

Good job Adlib. The GOP is made up entirely of self deluded morons. It doesn’t help that they surround themselves with conservative media that is equally full of lies.

If only Republicans were as fictional as their beliefs and claims!

I had just finished my second mug of tea thank goodness. 😆

My vote is a toss up between “Before Midnight Snack” and “Captain Phillup My Eyes With Tears”. The first because this image you used is Christie when hearing about the chaos he had caused on Washington Bridge. In between bites he impatiently asks, “And”? “And”? “Then what”? several times before bursting into involuntary fits of laughter causing him to fart loudly.

The second because I can’t remember the last time I saw such a ridiculous face on a human. Boehner should try stand up comedy next, he absolutely stinks at his day job.

Thanks as always for the morning laugh, AdLib. You’re the best!

Is that Perry or Fonzie in the main image?

Kalima, I now buy replacement computer monitors in bulk to replace the ones you end up spraying with tea because of my posts…which I take as a supreme if somewhat costly compliment.

If Christie does end up leaving politics, he could be cast in the new Hollywood film, “The Seven Deadly Sins”, playing all the roles of
Greed, Sloth, Wrath, Envy, Lust, Pride…and of course Gluttony.

He could win an Oscar for such an authentic performance!

Thanks so much for the props, Kalima, they’re very appreciated!

That is indeed, Rick Perry as the slavemaster in 12 Years a Slave. Poor Fonzie, he only jumped the shark once!

Ad, you have out done yourself with this one! I could not stop reading. Had to wipe tears from my eyes because I was laughing so much.

My vote goes to “Wall Street in “Saving Just the Banks”, but they all are BIG losers in my opinion.

We should have a balloting process to pick a winner…er…loser. So far, one vote for Wall Street!