Home Arts and Entertainment Music The Weekend Music Thread-The Blues Had A Baby….. 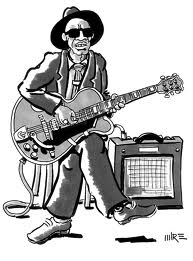 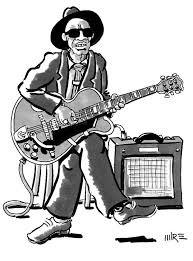 …..and they named it Rock and Roll. The Blues, a uniquely American art form, began in the Mississippi Delta in the late 19th century. It was born of a combination of spirituals, work songs, field hollers, shouts and chants, and rhymed simple narrative ballads. The blues form, ubiquitous in jazz, rhythm and blues, and rock and roll lives on today even more widely that it did over a century ago.

The Blues wasn’t about being sad, it was a unique way of finding joy and happiness through the music itself. Some lyrics may be sad, but the emotion and joy of which they were performed brought a sort of happiness to those that played the music and those that heard it.

Animals – House of the Rising Sun

Chuck Berry – You Never Can Tell

Albert Collins – If trouble was money

John Mayall & The Bluesbreakers with Gary Moore / So Many Roads

Is folk music related to jazz?

I think there are some common roots. Folklore is part of the blues, but I think the blues is more of a personal telling of stories.

This is why I like Tom so much. “Who do I have to hate to be your friend”

I think this song would fit in any thread.

Nirek, I first heard this in the last year of the Bush administration. It really tells it like it was/is.

Anyone know who Fred Hurley was?

Folk, jazz, and Rock and Roll! (with some funny stuff, too)