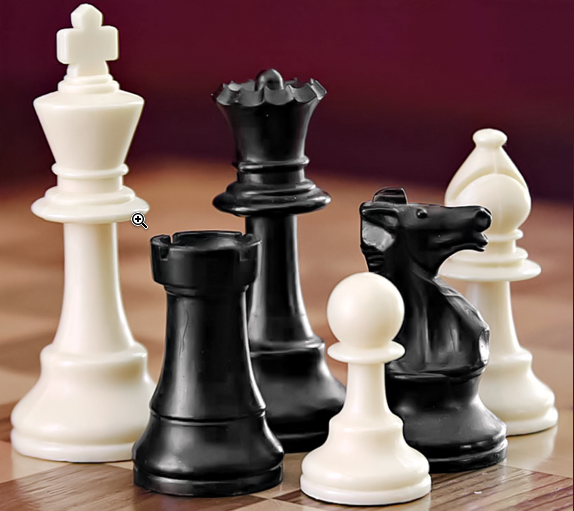 First, Kerry in response to a questions suggested that an alternative to an attack would be for the Assad regime to hand over its chemical weapons. This idea had been bounced around for more than a year at State and was discussed with Putin as Obama confirmed in his interview with Chris Wallace

Then, Kerry, having offered the option, seemed to pull it back (as White House staff and Obama himself seemed to do later in the day) forcing both Russia and Syria to grab for it

Then, the Russian foreign minister, clearly with Putin’s approbation, hurriedly made a statement that Russia regarded such a course of action as sensible and suggested that such weapons should be handed over to an international authority.

Then, the Syrian foreign minister, joining in quickly, said that Syria would accept such an arrangement.

Then, the Secretary General of the UN suggested that those chemical weapons having been placed under international control should then be destroyed.

Then, members of Congress began speaking up in support of the idea.

Then, the Dept of State issued a statement that the idea deserved consideration but they wanted to see the Russian proposal.

Then, Obama said he was open to the idea and that such a development could be a breakthrough.

Then, Russia announced it was pursuing with the authorities in Damascus on a “workable, precise and concrete plan” to carry the proposal forward.

Then, France’s Hollande, undoubtedly in concert with Washington, said that he would take a resolution to the UN’s Security Council. China has now endorsed the proposal.

In the meantime, the Senate is recrafting its resolution of support..and the House? Lacking leadership it’s as muddled as usual.

HERE IS WHAT HAPPENED BETWEEN THE LINES:

1) Syria admitted to having chemical weapons having denied this just two days ago with Charlie Rose.

2) Syria admitted that their removal would defuse the situation: a defacto admission that they were used.

3) Syria did not try to blame anyone else for the attack: rebels or the U.S.

4) Russia accepted that the U.S. case was strong and had to be addressed setting aside its own earlier reporting.

5) The Russian/Syrian statements move the issue back onto the international stage meaning that the UN is back in play.

6) The Russian/Syrian statements strengthened the case for intervention if the offer is not acted upon.

7) The movement back onto the international stage pushes the allies to step up as well.

8) The entire situation provides Congress with an “out.” Having primed itself to say NO, this seems to indicate that the threat of YES is powerful.

So far, the Administration has played this well.
Worthy of Bismarck or Disraeli.

Excellent, succinct analysis, Murph. I can see the fine mind that guided students all those years! Now of course the Emos would just say you were an Obamabot (and therefore I understand your reaction to me yesterday – very funny!) but this is logic at its best.

Thank you! Hope you’re on the President’s live talk tonight!

Murph, when one can only think in one-dimensional, in-the-moment ways, it is impossible to see the context and therefore the truth of anything.

The narrow minded GOP and emoprogs have no vision, they can only see and accept as reality what they can see at the current moment in time. To any reasoning person, it’s obvious that Obama had to be discussing the civil war and chemical weapons attacks in Syria with Putin. It’s also clear from the Snowden episode that Putin is bent on undermining what the US wants whenever possible.

For Syria to be forced into admitting all they have and expressing that they’d agree to giving up their chemical weapons, there had to be pressure from Obama over time and brought his threat of force.

So again, this all grew out of Obama’s decisions and in the end, could turn out to be the best of all possible outcomes. It wasn’t an accident and Putin didn’t suddenly have an angel whisper in his ear. This is Obama’s long game and those with small minds can’t see that.

Murph, thanks for laying it out for me. You would make a great announcer at a tennis match. My head has been going back and forth trying to keep up with the play of the game. Rackets are still up and poised for the ball that is in the air. No one should be jumping the net, not just yet. I say the serve is with US and Syria and their coach, Russia will have to keep it in bounds on the return. PEACE!

Murph, I love to play chess. I would not like to play against the President though. He has played masterfully so far. Putting fear in the Russians and Syrians hearts. Enough to make them do what we all want. Give up their chemical weapons.
He has played the GOP also. He knows they will not support anything that he wants. So he called for a military strike. Now the GOPers will vote against using military force.

I swear they would vote against a tax cut if Obama wanted one.