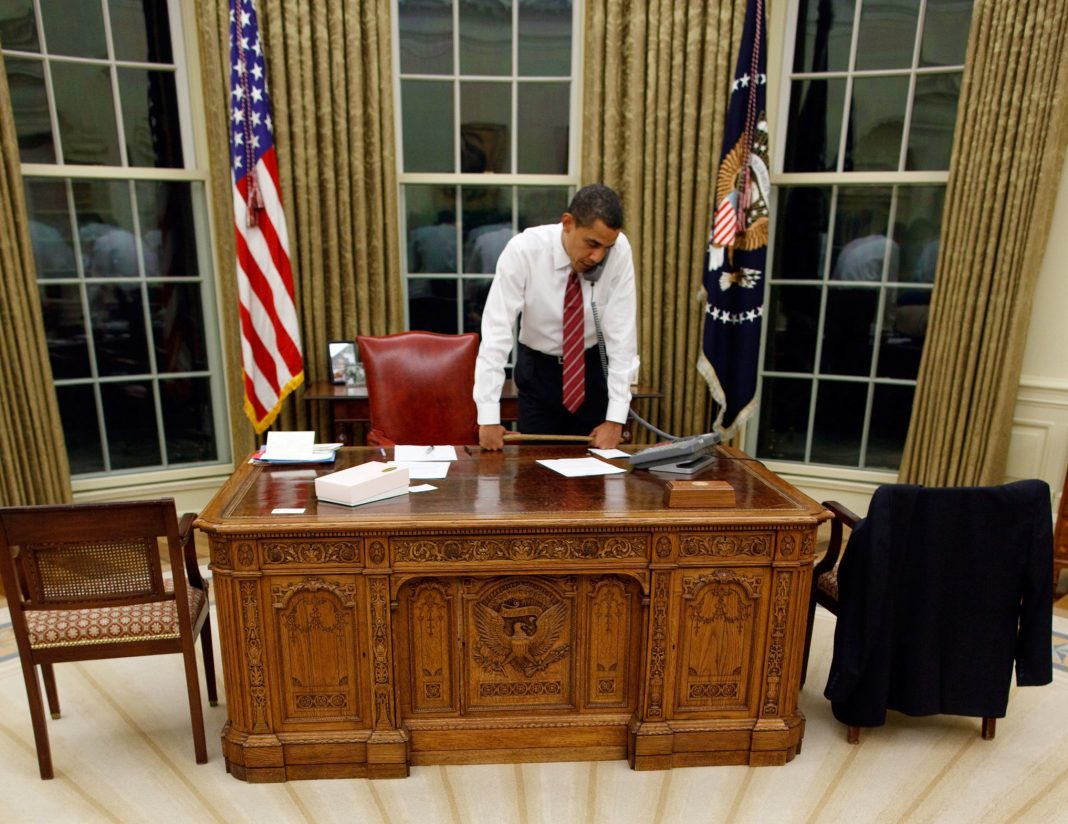 Taking the last turn on the long track that began…..well it began on Inauguraration Day 2008 when the GOP set its sites on making Barack Obama a one term President. The finish line is in site.

Why will President Obama emerge the victor-

When given a choice between progressive American community values and the values of extreme individualism and greed, progressive values appear to have the upper hand.

Well done, and may I add another point: We are tuly a progressive nation. There has always been this notion that the US is somewhat conservative. If that were so, the GOP would win high voter turnout elections. They never do.

Which puts the onus on the Left to get people out in numbers, despite what the Right does to hold numbers down. The long lines in Ohio, Florida, and even here in Maryland show that folks want to take part in the process. We need to keep that spirit al;ive in all elections — not just the big ones.

If we vote in the off years they we we voted in 2008, there would be no Tea Party.

Hey JMBrodie, nice to see you.

I grow weary of the so-called conventional wisdom that America is a center-right country.

When 70% of Americans want the wealthy taxed more, a majority support gay marriage, a woman’s right to choose, government regulation of corporations and oppose wars, that is indeed reflective of a far more Progressive sensibility than “center-right”.

Actually, I don’t think typical labels apply. Americans generally support fairness and wisdom which doesn’t have to be classified politically and really shouldn’t be.

Hey, my friend. We need to make that case. The GOP resorts to suppression because they know they cannot win without it.

We need to know that as well.

Great point when you think about it in the last 20 years of general elections the Democratic candidate one the popular vote 4 our of 5 times. The only thing that conservatives do better is come out to vote especially during midterm elections. If this progressives would finally vote in the numbers they should we would have a progressive era for years and years to come.

Murph, you hit the nail on the head especially with the last bullet.

“Obama’s a better candidate than Romney, largely because his public persona is better. He comes across as genuine, committed, inspiring, natural, humorous, caring, self-confident, connected; a person of integrity with a vision. A Leader.”

Leader is the most important part. He showed leadership with Christie when they showed the country how much they care!

Murph, you described the matter well. You have laid out, essentially, what it is all about.

I live in Texas; a state that is safe GOP statewide ( there are cities and counties where Democrats win though). So many here automatically vote GOP. This is mostly true throughout the South.
The South has not really had a competitive political climate since about 1824/1828 ( except for short periods).

I do think that Obama will win a pretty close election. If Democrats get out and vote.

Murph, that pretty much sums it up! But, some brick walls just can’t be penetrated. Well, unless you are Mother Nature!

Thank you for another great article!

Excellent summary of the campaign Murph.

I for one don’t think you can underestimate character and vision in this campaign. As long as you are not blinded by hatred for Obama or are so wishy washy a person that you believe the MSM memes, it is obvious there is only one candidate who has the character to be leader of the free world and C-in-C. President Obama simply trumps Romney on every important personality trait from integrity, honesty, intelligence, empathy, decision making, consistency, etc…

Only one candidate has a vision for this country. While President Obama has not talked about his vision as much during this election as he did in 2008 he will continue to sustain and build on previous successes that will move this country forward. Besides the NYTs and a few progressive outlets the MSM failed to report that the Obama administration is forming a pseudo public option that will run by the Feds through a nonprofit NGO that will be available in all states. I also think Obama has a good chance passing comprehensive immigration reform and effectively ending DOMA for good. Obviously Obama is the only candidate who is really concerned about climate change and will continue to invest not only in clean energy but in education promoting engineering, maths and sciences.

Even though the popular vote will be close no matter who wins remember that Americans are only voting FOR one candidate (President Obama) and the other side is just voting for hate. The fact is no on really wants Romney to be president and that thought that nowhere man is this close to the presidency shows just how corrosive our electoral politics have become during our continuing cold civil war.

Or Obama could just win because GM lives and OBL is dead.

Nice writeup Murph! Even people in other countries think Obama would be better for the US. But we have 40% that just don’t get that and want to stay in what you say is the “mythic past” that is largely white males in the workplace, and the women at home, cooking dinner and having babies, barefoot and pregnant.

Hi kalie – we’ve not met yet, so welcome to the Planet!

I got embroiled with a Twitter racist who says “Black only vote for Black”. When I noted that no one was much supporting West, Cain, Rice the meme was that Blacks were too stupid to make good judgements about who was really worthy. Oh? And racial fears of white people are RATIONAL??? The guy assumed I’m Black. Nope. Not.

I have been around a LONG time through many an election since I was a kid. This president is the BEST I’ve ever seen. He does care, he IS thoughtful and considerate, and yeah – with Christie in particular – he showed that humanity matters most, not politics.

That is why I think he will win. People who aren’t desperately yearning for a segregated 1950s are desperate for decency. It is why, in this hurricane crisis, we EVEN came to love Christie a bit – the Christie of passionate concern for his citizens, his worry and fear for his state, and his willingness to embrace his enemy to work together for a common cause. Hope that lasts with Christie. KNOW it lasts with Obama – and it’s why he will triumph. He is, at the core of his humanity, a kind and caring man.

We desperately need this in America. We need Obama for four more years.