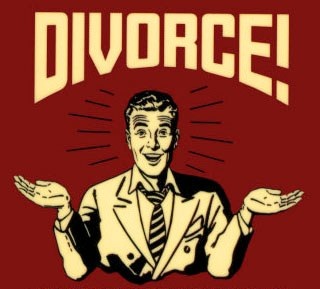 Reince Priebus, the chairman of the Republican National Committee, announced today at a gathering of high profile Republicans and Wall Street executives that the GOP is formally divorcing reality on grounds of irreconcilable differences.

Priebus explained, “This was a difficult decision, we’ve been married to reality for over 150 years but we’ve just grown apart. We rarely go out together nowadays and we never seem to be able to agree on anything anymore. We’re constantly at odds over little things, over big things and frankly, I think we’ve just outgrown reality.”

Among the many reasons given for this split up, Priebus admitted that there was jealousy on the GOP’s part over Progressives’ familiarity with reality. “We believe in the sanctity of marriage which is why we are filing for this divorce,” Priebus stated with a straight face.

“Since the Nixon years, things just started to go downhill in our relationship. It had gotten to the point that whenever we spoke on talk shows, aired campaign ads or gave stump speeches, reality would get into a conflict of some kind with us. I mean, you just can’t go on like that indefinitely,” said Priebus. “When we were younger, it was easier and though we’d have our little disagreements, for the most part we got along. People sometimes change over time, we’re not who we were and we found that we were just becoming incompatible.”

Asked about what the final straws were that drove the GOP to this divorce, Priebus mentioned that reality wouldn’t be polite to their friends. “We’d have Paul Ryan and his budget over for dinner and reality would act as if it was an imposition. Recently we had been invited to attend a big fundraiser for Mitt Romney and when Romney spoke, there was an empty seat next to me, reality wasn’t anywhere to be found in the room.”

“When we’d talk about where we wanted to go, like to the White House and The Senate, we could never agree on how to get there,” Priebus complained. “When you’re in a marriage, you need to know that the other is right behind you, supporting you no matter what. Yet for years now, whenever we’d go on Fox News or talk about economics, reality wouldn’t be there for us.”

Priebus was remarkably candid about the relationship. “There hasn’t been any real intimacy between us for years, the passion for reality just isn’t there any more for us. Look, we haven’t been saints, we’ve gotten into bed with deception before the divorce but by then, the marriage was already over. The thing is, reality just didn’t understand us. Deception knew exactly where we were coming from, for us it was like finally meeting our soul mate.”

The GOP and deception have been together since the GOP’s separation from reality and Priebus claims that the GOP has never been happier. “Everything’s easier now, we can express ourselves dishonestly and be on the same page, we never argue or have any conflicts, things just feel right now,” Priebus beamed.

“Of course, there’s the custody issue we’ll have to deal with now, who will get the American public. We know that typically, reality would be awarded custody but we’re going to fight tooth and nail to get sole custody. We’ve hired Karl Rove and the Koch Brothers to argue the case for us and with the support of deception, we feel very confident that we could prevail.”

Priebus said that the GOP doesn’t harbor any grudges against reality. “We wish reality all the best in the future and even though we will never be together again, we will never forget the many good times we had together. However, where we’re at now is looking to the future and appreciating the relationship we’re in now with deception. In fact, we hadn’t planned to announce this publicly yet but we have already become married to deception!”

The issue of bigamy was discounted by Priebus, “We may have been cheating on reality but in our minds, we’ve been divorced from reality for some time and whether that is formally recognized or not, it is the truth. So our being married to deception isn’t a betrayal of reality because we’re no longer connected to reality.”

Reality was asked to comment on the divorce and simply replied, “Que sera, sera.” In response to being asked how it felt about having stolen the heart of the GOP away from reality, deception replied, “I didn’t, really. It was Obama’s fault.”

The GOP and deception are now happily married and living together in what deception describes as “a golden castle in the clouds where money rains down from the sky and everyone is happy and healthy…and all Americans can move there if they just vote for Romney.” 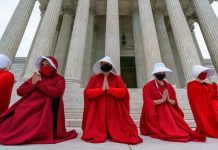 In a related article from one of my favorite blogs denialism. They constantly show where hyper partisans engage in denial. Here is one of their latest pieces on the resurgent birther claims. Just the fact that ‘birther’ is an excepted lexicon now shows how our poor education system has been a game changer for extremists, especially on the right.

Though “birther” is a derogatory term in the minds of most Americans and I suppose, a badge of honor to those with psychiatric problems.

The denial these types bury themselves in seems part of the fabric of their racism. In order to have a different explanation for being racists than the actual reason, they need to trump up bogus outrages that act as excuses for hating the black president.

And the extreme lengths they go to only expose the dishonesty and racism they actually possess.

Adlib you speak for the GOP delusions perfectly.

I don’t know if the modern right winger or even those sympathetic to the GOP will ever see the light.

This is really the most important election since before the Civil War because the GOP is at war with America. Even though most people know that now many of them are STILL going to support the GOP this fall.

For too many people, their party affiliation is like a religion. The GOP could come out in favor for sending all poor people to concentration camps and poor people who are Republicans would still vote for them.

It defies reason so reason can’t be used to change their minds. They are lemmings who march towards the edge of the cliff, happy that it’s making others fall off and oblivious that it will be their fate as well.

But at least their “team” won.

I’m the part of reality that is really pissed. Where the hell is my alimony, Reince?

New poster: Rove with marionette puppets of W. & Mittens. Caption: Can you really trust the same guy who gave you W????

What do you think dear leader?

Seems that the press should question them on their lies before allowing them to spew their talking points. Sadly they don’t.

Nirek, you’ve put your finger on something that infuriates me about the media, they happily repeat lies without calling them out as lies and just tag on, “What do you think?”

The press has a duty to deliver truth and facts and call out lies. It’s not partisan to expose lies, it’s the Repubs who make it look partisan by lying all the time.

Let’s go all Joe Wilson on them! Truth hurts, baby, if you are living a lie.

AB – Like the visual, maybe even add a marionette of Bush discarded in the corner?