The Tea Party mindset, which has devoured the GOP, bears a striking resemblance to another area of our culture.

The constant simplicity of things being either good or bad, the absolutes and extremes of their character, the exclusion of the real world from their awareness and being completely matter-of-fact about the absurd…

…they are just like cartoon characters…except not as complex.

Witness the lineup of GOP nominees for President and other prominent Republicans, most would seem right at home in the two-dimensional world of cartoons. Instead of describing the similarities at length, provided below for your consideration are GOP figures as they appeared in cartoons…before leaving that world for the far loonier land of Washington DC.

A number of the selections below were suggested by members, please feel free in your comments to add your own image for any of those listed below or any who aren’t included: 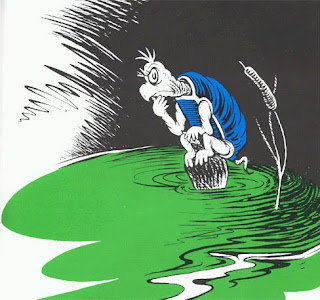 Clarence Thomas reminds me of the epitome of Uncle Rukus

That one is just about perfect. They’re both pretty goddamn crazy. I think Ruckus may have him beat on the self hating part though. But only by a little.

Oh look, I got them mixed up.

Adonai – how can you tell? Is this a trick question??

Nice one. If I may add one for Rove?

Hey I like the Demon chick from Ugly Americans. I mean who else can get away with saying “Oh my dark Lord” while having fire come out of her nipples. Palin wishes she could keep it that classy.

(HT to AdLib. Watch out world)

Hey AdLib: There’s even a video on Youtube of Karl stuttering, interlaced with Porky stuttering. They repeat the stutters for faaarrrrr too long – watch only a few seconds. You’ll get the gist.

Very funny and as you say, it should’ve been a quickie! Now if only we could borrow Wile E. Coyote’s Acme charge card and launch him in a catapult to the moon.

Someone please tell me why great YouTube ideas like this are frequently repeated like that? Too much SNL? Like, we didn’t get it the first time and we have to squeeze all the good from it until viewers are adequately annoyed and slightly agitated?

I’ve see this many times. It’s as if they were so impressed with themselves – as right they should be – that they forget we have the power to play it again.

The work of amateurs who fall in love with their work and feel it’s soooo good, they watch it over and over again so everyone else will want to.

Hey there cyrano – yeppers. Every time I saw that photo of Ms. Bachmann, I flashed back to the cover of Weekly World News, with Bat Boy. Guess I wasn’t the only one…nice to find the side by side.

No offense ladies, but Bachman is one crazy bitch!

God, I needed that!

They are both Bachmann, it’s just the one on the right was taken during one of her “Migraines”

Hey KQ: you realize Bat Boy debuted in Weekly World News (as shown) in 1992, loooooooooooonnnnnnnnnnggggg before Ms. Bachmann? Eerie, isn’t it??? Enough to give you a migraine.

Suh-weet! And the blue eye shadow (really???) is dead on. You are such a fashionista, AdLib!

It was either that or this

I go for this one as well.

O.K. Stay with me on this one:

For the life of me I was trying to figure out who to pair Dr. Bunsen Honeydew with.

Marvin- because Cain is dumber than a Martian (apologies to smart ones!)
[img]http://www.pastemagazine.com/blogs/lists/2010/05/13/marvin.jpg[/img]

Didn’t James Carville become a Republican during the gulf oil crisis? What happened to him anyway? Poof! Here he is as “Scorpius” from “Farscape”, an Australian sci-fi series.

Whoa! Could be a Rupert image too.

Carville also reminds me of Alice the Goon in Popeye: 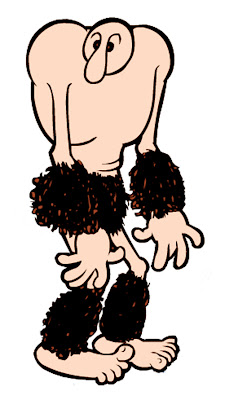 So is the Michael Steele comparison off limits since Jon Stewart beat us to it?

Is this one a little too on the nose?:

I argue that we have to leave out Brainiac because no one in the current Republican field is that smart.

Newt Gingrich looks like the character of Masaru from “Akira.”

I hate to say it, but Sarah Palin and Michele Bachmann sorta remind me of …. my avatar… (when she’s being naughty and goes a little crazy :D)

Honest, most of the time Haruko is cute. She just goes a little crazy sometimes.

Waaay too funny and irresistible! Thanks for the post and the great stuff here! My additions:

John McCain as Joe BTFSPLK from “lil Abner” (who walks around with a perpetually dark rain cloud a foot over his head. Once he appears on any scene, dreadfully bad luck befalls anyone in his vicinity.)

:LOL: What a great collection, Cyrano1! Great to see you too!

You’re gonna have to nix that Sarah Palin. I actually found that one hot.

Khirad! You are beyond Hope and Help. 😉

A leader of the far-right group separately said he had been in touch with Roger Stone, but an offici

President Biden’s $1.9 trillion stimulus package ground to a halt in the Senate as a crucial moderat

What’s in a Vote-a-Rama?

The legal basis for the war against Al Qaeda and its successors is aging and frayed, but how to repl

What Drives Latino Men to Republicans?

Several voters said values like individual responsibility and providing for one’s family, and a desi

Taking on a New Role, Susan Rice is Asserting Herself

New research suggests that when big companies increase wages, they drive up pay in the places where

‘Medicare for all’ and the public option were hot topics during primary season, but the politics of

Ron Johnson at the center of the storm: 'People are out to destroy me'

Sen. Ron Johnson seems to be relishing his place at the center of the controversies dominating Washi

In a matter of hours (big caveat on how many hours exactly), the Senate will vote to pass President

Princess Latifa: UN 'yet to see proof of life' from UAE

The princess attempted to escape the UAE in 2018 before being captured by commandos.

The armed forces are accused of spreading disinformation online amid a violent crackdown.

US sees jobs surge as hope for rebound rises

US employers added 379,000 jobs in February, the Labor Department said in its monthly jobs report.

Tesla partners with nickel mine amid shortage fears

Wisdom is believed to have had more than 30 chicks in her life so far, and several partners.

Premier Li Keqiang warns the world not to interfere, as he addresses China's largest political

Ukraine seeks Unesco status for its beetroot soup - but Russians and Poles call it theirs too.

Civil Rights AdLib - March 5, 2021
3
Many brave Democrats lost their seats in 2010 for voting for the ACA but in doing so, they saved and helped millions of Americans, past, present and future. What they did was noble and profound, they changed history for the better. Clearly, Manchin and Sinema are not cut from the same cloth but perhaps they can be leveraged to do the right thing and become reluctant heroes in the end despite themselves.

2020 Elections AdLib - March 2, 2021
0
The uniqueness of the GOP being the first American political party to transform into a cult may undercut acceptance but that hurdle needs to be jumped or the existential threat this nation faces from this cult may come to pass.

Featured Posts AdLib - February 27, 2021
12
Now that President Biden is in the White House and competence, expertise and humanity are back in power, time seems to be getting back to running as it used to. So this weekend, songs about time, hours, days, weeks, months and years are on the calendar so save the date!

Corruption AdLib - February 26, 2021
6
If you aren't busy trying to pass kidney stones or slamming a car door on your fingers, you may want to watch these panels and the speeches CPAC this weekend...even if they're more painful.