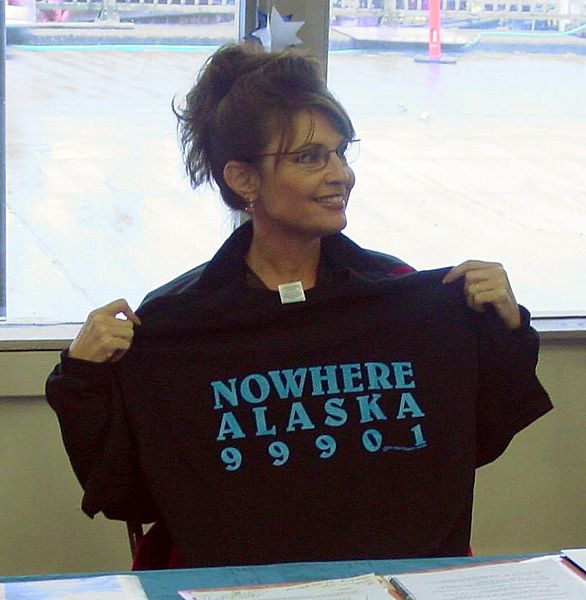 Once again I bring you the highlights of the latest meeting of the “minds” propping up the Tea Party movement. As always, my research is double checked by “Tex” the fact check kitty.

Rep. Bachmann:  Hello ladies and gentlemen.  So good to have you all back here today. We really didn’t get a lot accomplished in the last meeting and I’m anxious to set a platform we can all comfortably walk on. Like Benjamin Franklin said; “A house divided cannot stand.”  And he was a Founder so, you know, yeah.  O.K., any new business?

Sarah Palin: Me Sarah. Me dumb. Hit face with rock.

Rep. Bachmann: Yes you sure did. You poor girl. Let me see that cut. I have plenty of experience bandaging
“boo-boos”. I raised 427 kids. By myself.

Joe Miller: That’s not what CNN said. In fact, they said..

Rep. Bachmann: They said a bunch of lies. I know more about my own life than they do. I raised 685 kids. I have the documents to prove it. But I refuse to release them. I won;t play their game.

Sharron Angle: Didn’t you just say 427 children? The number keeps jumping up. Was this all at once? Where did they all sleep?

Rep. Bachmann: Shut up Sharron. I’m not even sure why you’re here. I do not like you. But, like President Taft, I intend to keep a “league of rivals” as the book says.

Charlie Sheen: Now, I’m not  a history professor or anything but I’m pretty sure that’s the second time you’ve confused someone with Abraham Lincoln.

Rep. Bachmann: Maybe not a true one but as a boy he provided necessary assistance with paperwork and secretarial issues. He very much contributed.

Rep. Bachmann: i will not be corrected by a delinquent! Sarah, back me up here. Sarah?… What are you doing? Stop eating that!

Rep. Bachmann: You gonna stop crying or do I have to give you something to cry about? Here. Play quietly and you can have some Skittles.

General Zod: So, are we done? Are we ready to begin discussing our actual strategy for capturing the son of our jailer?

Charlie Sheen: Yeah, about that. You’re  a fictional character dude. I;m grasping to try and explain why you are here. It’s like someone is writing this whole thing and just threw you in for their own personal amusement. So why exact-… *choking* … dude, I;m sorry, stop choking me.

General Zod: See that your tongue remains silent. Never directly address me again. I am Zod. KNEEL BEFORE ME!

Rep. Bachmann: Yes, yes. They will kneel. But first, let’s talk tax breaks on the top 1%. I believe the wealthiest are paying far too much in taxes.

Sharron Angle: 3 of the 5 largest companies in America didn’t pay any taxes the last 2 years. The other two barely paid any. The rich have more tax loopholes than a Senator.  Isn’t that good enough?

Rep. Bachmann: Lies! Propaganda! Whose side are you on?

Sharron Angle: Well, first of all, I;m on my side. Look, I don;t care who pays taxes and who doesn’t. I joined so we could get rid of every person of color in the country. I’m totally down with the program.

Joe Miller: O.K., even I thought that went too far and I’m disgraced Alaskan thug Joe Miller. No wonder you refused to answer even the simplest questions. You should never talk. Ever.

Rep. Bachmann: I agree. Jesus Sharon. You know, of the 864 kids I raised solo, on a secluded farm in Northern Minnesota,  many were from different cultures and ethnicity. Not cool.

Sharron Angle: Whatever bitches. Can we get back to business?

Rep. Bachmann: Fine. Well, as we all know, I am running for President. Trying to put Tea Party principles in the White House. I hope I can count on everyone’s total support. For the program of course.

Joe Miller: I’m in. Not like I have anything else to do.  By the way,  where’s Rand? He said he had some pretty interesting details about your Presidential run. Something that would “change things”.

Rep. Bachmann: Yes, we talked earlier about his “ideas”. I’m afraid he’ll be unable to join us and share them .

Charlie Sheen: That sounded a little shady. I should know. If I called Rand right now, would he answer the phone? Yo know what, never mind.  My ride is almost here anyways.

Rep. Bachmann: What is that? Oh GOD, my head! I can’t get these strange visions to stop!

(suddenly the roof of the building peels back to reveal Mr. sheen’s “ride”)

Charlie Sheen: C-Dawg! Wondering when you would show up. Ready to hit Vegas?!

Charlie Sheen: Goddamn right you are! Let’s get outta here.

(After the departure of Cthulhu, all in the room are locked in a trance except Zod and Sarah Palin. her childlike mind immune to Cthulhu’s terror and Zod just being a total badass)

General Zod: I do not believe that is paint pouring from their orifices child. I think it is time for us to depart. Up, up, and away!

Wait a minute! Sarah is smart enough to use finger-paint? IT’S A MIRACLE!

2ccp, I just don’t know how dumb to make her!

Last time almost everyone complained that she was WAY too smart. Basically a consensus that Sarah is the idiot.

I think I;m gonna change most of the line up next time and go with something that pleases every Sarah-phile out there.