Dear readers, I apologize but there will be be no Daily Planet today, as I spent yesterday canvassing for the special election here in the Los Angeles area, working for Janice Hahn. You can access all the past editions of The Daily Planet on the green Category bar on the top of each page under the heading PlanetPOV.

As voters headed to the polls Tuesday to decide a hard-fought special congressional election in the South Bay area, attorneys for Democrat Janice Hahn filed complaints alleging that supporters of her opponent, Republican Craig Huey, were trying to suppress turnout of her voters.

The attorneys said several voters reported receiving telephone calls Monday night telling them the election had been postponed to Wednesday at Hahn’s request ,and others were given wrong polling place addresses.

The attorneys provided a couple of examples of voters who had reported receiving the calls, along with information about where the calls came from.  Those details were redacted in the copies of the letters released publicly.

“The penalties for election tampering are extremely severe, and we will make sure the perpetrators of these outrages are prosecuted to the full extent of the law,” Kaufman said.

Huey campaign representatives said they had nothing to do with the calls and noted that one, according to the Hahn complaint, went to a voter registered with the American Independent Party, which has endorsed Huey, so it would make no sense for his supporters to discourage that voter.

“They are desperate to generate a news story to help their turnout,  because the reports we are getting from the precincts look good for Craig,” said Huey campaign consultant Dave Gilliard.

The race has grown increasingly bitter in recent weeks.  In their latest exchanges over the weekend, Huey claimed Hahn had claimed an endorsement she didn’t have — and produced an objection from the man in question — and Democrats were on hand to videotape and publicize Huey being served a subpoena from his ex-wife in connection with a dispute over child support.

As of 2 p.m., elections officials were reporting an estimated turnout of 10.83%, including returned mail ballots.  By that same time during the May 17 primary election, turnout was just 6.52%.

BTW, Hahn’s opponent was the cretin who put up one of the most offensive ads ever:

You guys are the best. I can’t tell you what a boost you all gave me–thanks for all your support!

Cher, you have every reason to be proud.

I saw that ad a while back and it is truly a new low in attack-ads. I’m so glad the people who turned that out did not win!

– btw, did you take choicelady with you?

Cher: Good job, and you are well excused! I thank you most sincerely. -AB

You seem to have performed your job to successful ending, Cher! Good job and congratulations!

“Congresswoman-elect Janice Hahn’s victory is a tribute to her leadership, her experience, and her commitment to the families, workers, and small business owners of California’s 36th Congressional District.

“Congresswoman-elect Hahn will bring the voices, values, and priorities of her constituents to the halls of Congress. And she will join her Democratic colleagues as a powerful advocate for the American people: fighting to protect Medicare, working to foster innovation and invest in clean energy, strengthening our middle class, and advocating on behalf of Americans’ number one priority – creating jobs.

“Congresswoman-elect Hahn has earned the confidence of the voters of her district; tonight, she has the full congratulations of the entire House Democratic Caucus. We look forward to welcoming her to Congress and to working with her to make progress for the American people

And how can we get “special” elections here? We only got regular ones. I wanna be special.

May I join my fellow Planeteers in saying how much your hands on involvement in Janice Hahn’s victory is greatly appreciated (as is The Daily Planet!) and no apology is ever necessary!

Way to go Cher and cheers to our new Congressperson, Janice Hahn!

Cher,
You are a total sweetie! Thank you for being a great role model.
Getting out there and involving yourself in local elections is SO important!

I’m so glad to see you! That’s perfectly OK about the Daily Planet! What you were doing is much more important! I understand that the Dem has beaten the troll who put up that terrible ad…I know, he denied it! Suuuure he did!

Good job out there! 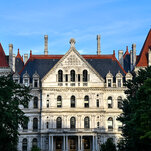