Home Democracy Yes We Can….Yes We Must! 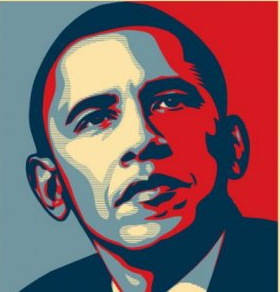 DESPITE the treasonous and degenerate Republican efforts to stop us.. DESPITE the RACISTS (whether they care to admit it or not)… DESPITE them ALL, we WILL PREVAIL.

“peacekitten” and I (lovers, partners) sent this out on election day 2008.. and we STILL feel that we can… we MUST make sure that our dreams of that day become a reality.

What a DAY!!! Deb & I were Election Officials again… & NOTHING could prepare us for what we had experienced…. we’re still exhausted…still in delirious disbelief.

When we arrived at the polling place that we were assigned to at 6:00 AM in the RAIN (as you know it never rains in Southern California… it POURS) there was already a crowd of people… young, not-so-young,  working class, well-to-do… African Americans, Asian Americans, Mexican Americans, … hell, just AMERICANS… some with umbrellas & some with beach chairs… ALL lined up around the block… ready to be part of history…& that’s what it was.

We’d NEVER seen such an outpouring of camaraderie… of PURPOSE as we have seen yesterday… all day long.  People waiting patiently to be a TRUE part of the REAL AMERICA..not the one that demagogues like Sarah Palin use to DIVIDE…but the kind that finds a common goal… a singular LOVE for our country…. the kind that inspires a prodigious sense of DUTY.

It was a glimpse of something that we both had thought was gone forever… solemnly resurrected in a small gymnasium in Pasadena. Families that made sure that their children we there so the might actively participate in the most historic moment in Presidential politics since LINCOLN…. a 92 year old, near blind Armenian man who was there ONLY to vote for “Mr. Barak” …. & then there were the FIRST time voters… the high school seniors & the college students, the newly sworn-in citizens from everywhere one could imagine, the “complacent youth vote” that everyone was worried about not showing up… all there en masse.  Some on skateboards, some in wheelchairs.  Some in suits & some in overalls, nurses still in their scrubs…. cops in their  uniforms & school children in theirs.

We ended up processing an average of almost TWO voters PER MINUTE… ALL DAY….. hell, we almost ran out of ballots…& when it came tine to empty the bulging ballot box & we started to sort them out… we couldn’t help but notice that SAME pattern of little ink-dots…

We ended the day at 10:00PM both giddy & exhausted….celebratory & solemn…WE were a small part of it… as were ALL of the MILLIONS who defied the odds & came out to reassure the entire world that America has.. AT LONG LAST, grown up… & that we are finally ready to join them once again as an EXAMPLE of what humanity CAN be at it’s BEST.

We’ve NEVER been to proud!

I wept as I read your blog..living in NC, I also experienced the same incredible gathering of Americans who believed that their vote could make a difference. Now, on July 4, 2011, I thank you and your partner for believing that we can still change course. Watching the self inflicted destruction of this country is sickening..and I, personally fear that it is too late to change course. President Obama has managed to continue the Bush Agenda. No doubt, Bush left this message in his note to President Obama. WE DID IT…GOOD JOB OBAMA!

To you as well my friend.

Oh popycock. Obama is totally at odds with Bush’s agenda as you are. You are apparently listening to the superficial pundits and NOT doing you homework.

Against enormous odds – and needing as all democracy does to have CONGRESS ratify most legislative changes or the COURTS react to the law, Obama has moved us 180 degrees from what has existed since the Cold War.

We have been over and over and over the details on the Planet for the past two years as well as assessing the large picture about what has changed. If you desire to believe Obama is just Black Bush, then you are entirely free to snark and snarl your way back to a GOP dominated government form 2012 to infinity. The failure to read bills, dig into policy, and to know you’re being snookered by the phony Left is once again profoundly evident in this blow-off comment. If you really knew how this adminstration and government in general worked you would NOT be reduced to such powder-puff inanity. We expect better from Planet commentary.