In my last post I defined Global Warming as a rise in the global average surface temperature, caused by an enhanced greenhouse effect, which is caused by the greenhouse factor of certain greenhouse gases; that are released into the atmosphere through human activities.

Now, before I discuss the effects of Global Warming I must talk about the residence times of various greenhouse gases.

The Residence Time of a greenhouse gas is defined as the average length of time that a molecule of that gas remains in the atmosphere. Each type of gas is affected by a unique set of variables. Carbon dioxide, for example, is affected by its absorption through photosynthesis and its dissolution into the seas. Since these actions are rather slow, carbon dioxide has a residence time of +100 years. This is similar to the residence times of most CFC’s and nitrous oxides. Methane, however, has a residence time of just +10 years. These residence times are important because they will ensure that the effects of Global Warming are permanent, or at least long-term.

Some of these effects are as follows…

The increase in the average surface temperature caused by global warming will cause the melting of both ice caps, glaciers and snow caps world wide. This will cause an increase in sea levels and increase in flooding, especially in low-lying areas. If just the West Antarctic Ice Sheet were to melt it would increase sea levels by over 6 metres. This may not seem like much, but considering that more than 600 million people live in areas less than 10 metres above sea level this would be disastrous. Furthermore, that ice sheet is just one of many that could each raise sea levels by more than 5 metres.

Countries like Bangladesh will suffer considerable losses of land through rising sea levels and in the case of Bangladesh through snow-melt from the Himalayas. First World countries like The Netherlands will be better equipped to deal with rising sea levels, but such action would likely be a severe drain on their economies. The worst hit will be the small island nations, many of which, especially in the Pacific region, will simply disappear. This will leave tens of thousands of people displaced and will destroy dozens of unique cultures and ways of life.

Another effect of Global Warming is Climate Change. Climate is defined as the set trends in weather patterns in an area over a long period of time. The increasing average surface temperature caused by global warming will have a ripple effect throughout this entire system, changing weather patterns drastically.

For example, it is predicted that the frequency of hot spells or heat waves over most land masses will rise, leading to increased drought. There will also be an increase in both the number and severity of tropical storms. The increased heat will also likely lead to more forest fires. These will cause the number of weather related disasters to rise, putting enormous pressure on both communities and infrastructure.

However, many of these detrimental effects can be mitigated or even prevented through human responsibility and decisive action.

I will discuss this and more in my next post on this subject.

P. S.
Feel free to correct any mistakes in this post and to criticise any aspect of it. I apologise if anything is wrong. I’m not an expert, merely an interested person.

I think it will be a lot like it was millions of years ago. But maybe not as extreme. Greenhouses gases will build and cause a rise in surface temperature. Ice caps will melt and total land area will shrink dramatically. Many islands, like you said, will simply disappear.

But, the way I understand it, after so much build up, the light, and therefore heat, of the sun, will not be able to penetrate the layer of greenhouse gases. And who knows how long it take, hundreds maybe thousands of years, but the Earth will start to cool. And once a little bit of glacial ice takes hold it will be unstoppable. Ice reflects sunlight anyways and with so little getting through it’s effects will be even less.

The ice will continue to expand, unabated, until it has covered most of the planet and a new global ice age will begin. I forget exactly how that one ended but it had something to do with trapped methane escaping and other shit so it won’t be permanent. But it will be the end of modern human civilization. Or at least that’s how I understand it.

The end of modern civilisation is indeed the main issue.

Caru, I sometimes wonder if the extinction of the human race isn’t part of the anti-climate-change agenda.

But then I have to remember that for most of them, cause and effect are matters of opinion, debate, and legislation.

Aint that the truth.

One of the problems with flooding of islands is many of them are volcanic. When water hits lava, the result is often an explosion of steam and rock. So, an island which may not be completely flooded (because part of it is composed of higher elevations) would still be doomed.

That’s an interesting observation that I’ll have to look into.

Democrats Fight Headwinds in Georgia and Beyond: ‘The Problem Is Reality’ 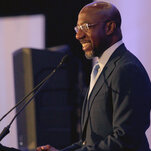 Raphael Warnock and Stacey Abrams, viewed as strong candidates by their party, will be running against President Biden’s low ratings as well as their G.O.P. rivals. [...]

In Texas, a Proxy Fight Over Democrats’ Stance on Immigration 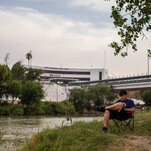 A runoff election in heavily Hispanic South Texas is revealing the party’s divisions on border issues. [...]

Pence, Tiptoeing Away From Trump, Lays Groundwork for ’24 Run 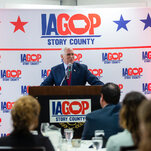 The former vice president is part of a group of Republicans who have visited early nominating states as they weigh a challenge to their party’s most dominant force. [...] 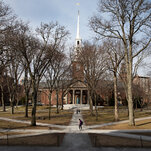 The Era of Borderless Data Is Ending 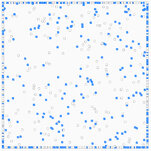 Nations are accelerating efforts to control data produced within their perimeters, disrupting the flow of what has become a kind of digital currency. [...] 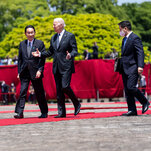 The goal is a resurgence in U.S. influence in the region, especially vis-à-vis China, after Trump’s withdrawal from the Trans-Pacific Partnership. [...] 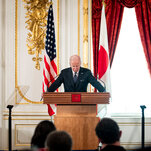 Moving away from a policy of “strategic ambiguity,” the president said he would take a step to protect the island democracy beyond what the U.S. has done for Ukraine. [...]

‘Everybody Should Be Concerned’ About Monkeypox, Biden Warns 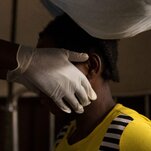 Only one case of the virus has so far been identified in the U.S., but public health officials say the disease is likely to spread. [...] 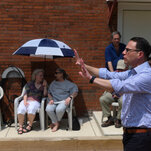 Mr. Shapiro, the Democratic nominee for governor in Pennsylvania, said he was eager to start the general election campaign. [...] 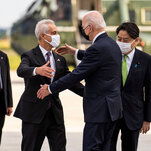 The president will meet with his counterparts from Australia, India and Japan. [...]

The tank commander admitted killing an unarmed civilian at the first war crimes trial since the invasion. [...]

Biden vows to defend Taiwan in apparent US policy shift

The US leader warned China against invading the island, likening such a move to Russia's war in Ukraine. [...]

The North Korean leader attends the funeral of a top military official as the country faces a Covid outbreak. [...]

World faces big challenges over Covid, monkeypox and wars - WHO

The warning by the UN health agency's chief comes amid an unusual monkeypox outbreak outside Africa. [...]

Sayad Khodai was shot outside his home - the latest high-level figure to be killed in Iran. [...]

She is seen as one of the founders of stencil art, famous for her graffiti of female figures in Paris. [...]

Iran made a last minute release demand at the airport with a UK official present, the former prisoner says. [...]

Moscow has been accused of a "scorched earth" policy in its efforts to capture Severodonetsk. [...]

The thunderstorm led to flight delays and disrupted power supply in parts of India's capital. [...]

World number one Iga Swiatek underlines why she is the overwhelming favourite by starting her French Open campaign with a quick win over Ukraine's Lesia Tsurenko. [...]