Home Featured Posts West Side Story 2021: A Remarkable Story of the Power of Mindless... 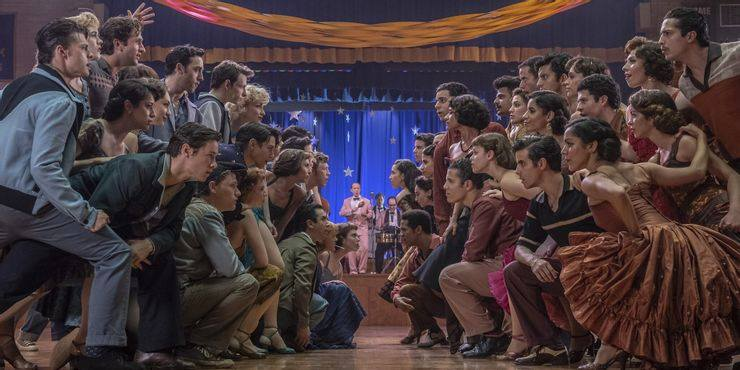 West Side Story 2021: A Remarkable Presentation of the Power of Mindless Hate and Anger…..

See it before it closes in the theaters….it is REALLY WORTH SEEING.

I KNOW…I KNOW….it is a box office flop….but it is also a critics’ smash hit….and among audience members like myself who have seen it ….it is even better.

I have seen it, in theaters, three times. Each time I enjoyed it tremendously. It is moving, provocative, powerful, and pertinent. More importantly, of the 9 others I saw it with (going three times with three different groups) only one was disappointed and 7 of the 9 were as impressed as I was.

You can read the reviews……both professional and audience generated. Here is mine…

1961’s West Side Story is hailed as one of the greatest movies of all time – certainly in the musical genre – so Steven Spielberg had some huge shoes to fill when he set out to re-adapt the iconic Broadway show. Here is where his version stands out…

8- The Camera Is More Active In The Remake with a vibrant, varied, and disturbing New York City as its stage

7- Stronger Performances by a truly ethnically diverse cast of strong singers, dancers and actors who actually did all of their own performing! And Rita Moreno is not to be missed in a role created for her in the remake.

5- Taking Gang Violence Seriously and in a Wider More Realistic Context that Shines a Light on Mindless Deep Divisions in Society, including Our Contemporary Society.

3- Expressionistic Visuals That Will be Remembered. Ex. The “Rumble” in a Domed Salt “Arena” begins with the Shadows of the Two Sides Touching First in an Eerie overhead shot.

2- Rachel Zegler And Ansel Elgort, A Polish Tony, and a Puerto Rican Maria Sell The Shakespearean Tragedy: They are star-crossed lovers in a relationship doomed from the start with Every Possible Happy Ending eventually impossible since they cannot walk away from the forces that surround them and the history that weighs them down.

Ultimately, the message in West Side Story is that “hate begets hate.” The rumble’s energy and chaos, uncontrollable and unrelenting, leads to two unintentional but unavoidable deaths, and then a third one that ends the film (and any hope of happiness). Responding to violence with more violence, to hate with more hate will only lead to even more violence and even more hate. Lessons for today I think. But lessons are unlikely to be learned.

This message is conveyed beautifully in the original movie, but Spielberg hammers it home even more so in the remake. In the final scene, before Tony’s body is carried away, María grabs Chino’s gun and gives a powerful monologue that sums up the story’s messaging and then “soldiers” from each side, moved by her words, carry his body through the streets as the police converge….but the pain is far from over.

Shakespeare, in Romeo and Juliet, the ground on which West Side Story stands, closes the tragedy in which both young lovers are dead, with the words of the Duke, the symbol of authority and law in the play. Speaking to both families (the gangs) he angrily condemns them.

See what a scourge is laid upon your hate, That heaven finds means to kill your joys with love! You have lost a brace of kinsmen. All are punished. Yes, All are Punished.

It is a moving moment that is made more powerful by Spielberg’s take: Tony is physically dead, Maria is emotionally dead, the gangs from both sides have lost nearly everything, the police are shown to be impotent and the city is in ruins. And Rita Moreno’s character, a Puerto Rican woman in her 90’s who married an Anglo Man hoping that their love might be a living example for all of those divided by race, faith, belief, power, and raw hatred might find that love can find a way….picks up the gun and with head bowed is the last of the shadows to pass through the streets.

SO…why did it flop?

But it is my guess that in the years to come, WSS 2021 will be very highly regarded. So, see it in a theater if you can, or, at least, at home……

I will admit I know of West Side story only from pastiche and third hand references – it’s so ubiquitous a trope I feel guilty nevery seeing it.

And you glossed over it, but, who has the money to go see a Broadway show? That’s the darkest tragedy of it all.

I mean, I am not uncultured, but … just ruminate over the irony of ticket prices.