Home Featured Posts Weekend Music Thread – I Will Remember You 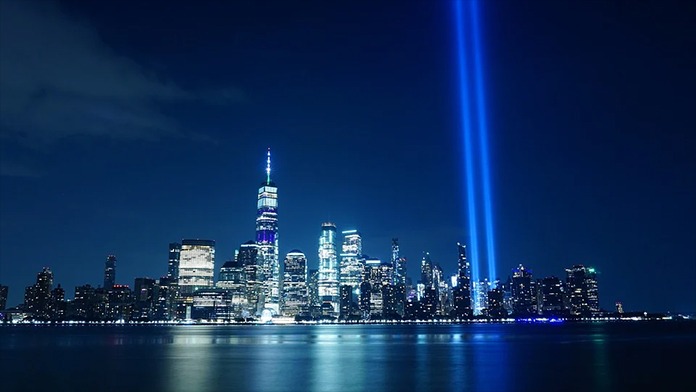 Today is the 20th “anniversary” (strange to call it that) of the attack on 9/11. It is a somber day and this weekend we dedicate our music thread to all of the wonderful people we lost on that day, in the years that have followed including first responders, soldiers in Afghanistan and Iraq, and innocent civilians. Share poignant songs about love, loss, compassion and humanity.

Share songs in this weekend’s tribute to those who we lost due to this dark day but will always remember.

Here’s my final deal. I was born in 1979. I grew up with my parents who had been to Kinks concerts and I’ve been to literally four Rolling Stones Concerts, three Tom Petty concertsm and literally my dad frove me around in a yellow VW beetle playing Dire Straits.

Do I hate it? No. But I don’t need to hear Born to Be Wild in a movie again, either? Fuck no. I want to share my music. And I also want people to share their music, even if it’s Lady Gaga or Billie Eilish (not my generation – b. 1979, but not dead).

Khirad, this is how we change it up, by having people like you share their music and introduce folks who grew up with music of a different era to newer songs they haven’t heard.

Studies show that most people solidify their musical tastes in their 20s, they can include older and newer music but the most memorable music that people seem to have bonded most closely with seems to be from teens into 20s.

That said, I have been introduced to a lot of new music through my daughter, her fave is Tyler the Creator, she likes Rex Orange County too who has a great voice but his lyrics seem so simplistic to me. I do enjoy Lady Gaga, she’s incredibly talented, and others as well though for me, the earlier era of music had both great musicianship and poetry in their songwriting. IMO, the latest musical era does have a lot of good lyrical work but lacks musicianship in many cases, opting instead for computerized and redundant backing tracks that are far less creative. Similar to the rock era, a segment of modern music is derivative and low brow, not surprising, all entertainment fields have their share of simplistic, uncreative work chiefly intended as cookie-cutter money-making. The film business is the same as is tv.

But there are golden eras in art when the craftsmanship of artists is remarkably prolific. As there was the Renaissance for painting, there was the 1940’s and the 1970’s in filmmaking, the current era in tv series (that started a decade or so ago) and such eras in music too. IMO, which is not wholly objective due to the cementing of music tastes as mentioned above, I see much more depth and variety in what was mainstream musicianship and songwriting in the 60s and 70s, more experimentation and aspiration to explore different sounds and expression in lyrics. A reason I am also fascinated with the early days of filmmaking, silents and early talkies, when there were no established ways of making films and they had to invent as they went.

I think lyrics of every era are reflective of that society at that time and there are always powerful, poignant and cleverly written lyrics so that’s consistent in virtually every era. But musicianship is something I’ve always enjoyed, whether going back to the classical masters, the Swing Era or the 60’s and 70’s rock era. The substitution of musicianship for electronically programmed drum and music tracks that are unadventurous and the increased reliance on sexuality or posing as an outrageous person as the primary selling point of music, makes some of modern music seem so pre-calculated to be shallow and exploitative. Admittedly, there was a good deal of that in the rock era as well but in many cases, it was backed up by great musicianship and lyric-writing.

Just sharing why I have a strong appreciation for a lot of older music and it is more memorable for me so of course it comes to mind more often what when I’m trying to think of songs that fit into a theme.

Sharing your musical tastes though will help expand mine and others and give the music thread a new flavor and direction so please keep it up.

BTW, this is a fun song. The sentiment of just enjoying life in the moment (going on and on like a VW Beetle) is perfect.

I know that I post this quite often but I love it. Hope you don’t mind.

This song reminded me of the old Vera Lynn song (most known now for playing at the end of Dr. Strangelove).

I don’t come around for music. It don’t hate any of it, it’s just I grew up with it all and you’re always having a circle jerk wondering why you have no newer “kids”. I’ll stay for the politics, but how are you helping progressives with feet in the grave?

I don’t understand the “circle jerk” comment or the idea that sharing songs in a music thread is having feet in the grave and not helping Progressives.

The music thread is a weekend break from the intensity of politics and just intended to be an enjoyable social event for folks here to come together and play a game of coming up with songs that fit a designated theme, sharing one’s favorite music with others.

It’s reinvigorating to take a break and recharge by thinking about one’s life, the music and art that has been a part of it and connecting via art with friends and colleagues.

I hope you might reconsider how you view the music thread, it’s just supposed to be fun (or poignant as it is this weekend) and it would be great to connect with you over the music you enjoy and see what songs fit a thread in your view.

This reminds me of my childhood, I remember it from back then. Such a gentle and nostalgic song.