Home News & Politics Corruption Panels at CPAC That May Surprise You 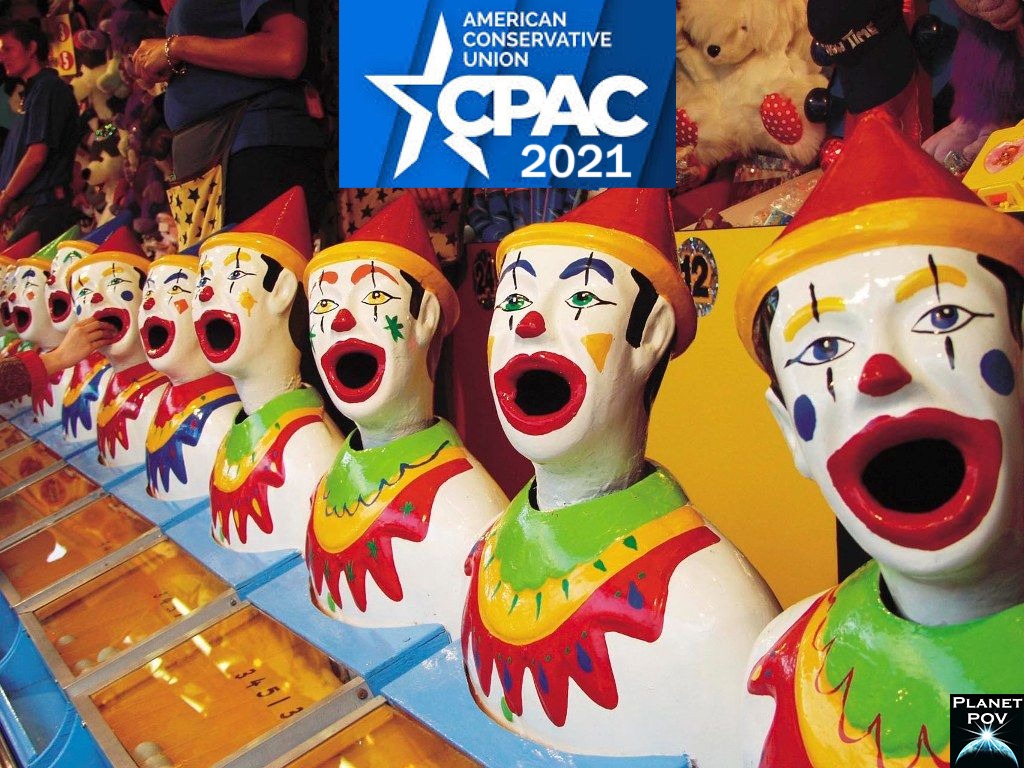 Like a fourth wave of COVID-19, the CPAC convention has erupted again to infect masses of people with cynical propaganda and religiously-coated racism and anti-democracy memes.

Many may be aware of the speeches that are presented (speakers are usually serenaded on and off of the stage with a rendition of, “Deutschlandlied”) but folks may be unaware that during the convention, many panels are held in various ballrooms and meeting rooms. We’ve noted that the titles of some of these panels are a bit surprising so we wanted to share them with those too mentally healthy to attend CPAC.

11:30 am: “How to Book a Last Minute Mexican Getaway” hosted by Ted Cruz

2:30 pm: “Winning Arguments With Libs on the Flat Earth, Lizard People, Celebrity Cannibals and Biden Really Being Trump in a Mask” hosted by Jim Jordan and Satan

3:30 pm: “The Care and Feeding of Lap Dogs” hosted by Lindsey Graham

4:15 pm: “Tough Love – Protecting America by Burning it to the Ground…and How to Personally Profit From It” hosted by Josh Hawley

5:30 pm: “The Art of the Blocking of Deals” hosted by Mitch McConnell

7:00 pm: “Backscratcher, Hair Curler, Baby Teething, the Many Uses of a Handgun” hosted by Lauren Boebert

If you aren’t busy trying to pass kidney stones or slamming a car door on your fingers, you may want to watch these panels this weekend. Watching CPAC may be more painful than the physical injuries mentioned but they have the added benefit of group exercise during the Trump speech; spectators will work on their cardio as they rise to their feet repeatedly and salute with one outstretched hand…but don’t forget to wait for the “Sieg!” first before shouting “Heil!”.

This is certainly one of the funniest efforts to tumble forth from your fertile imagination.

Brilliant. The satire here is so rich, so full, and so anchored in the facts that all one can do is give you a standing “O”.

Couldn’t be more grateful for the kind words!