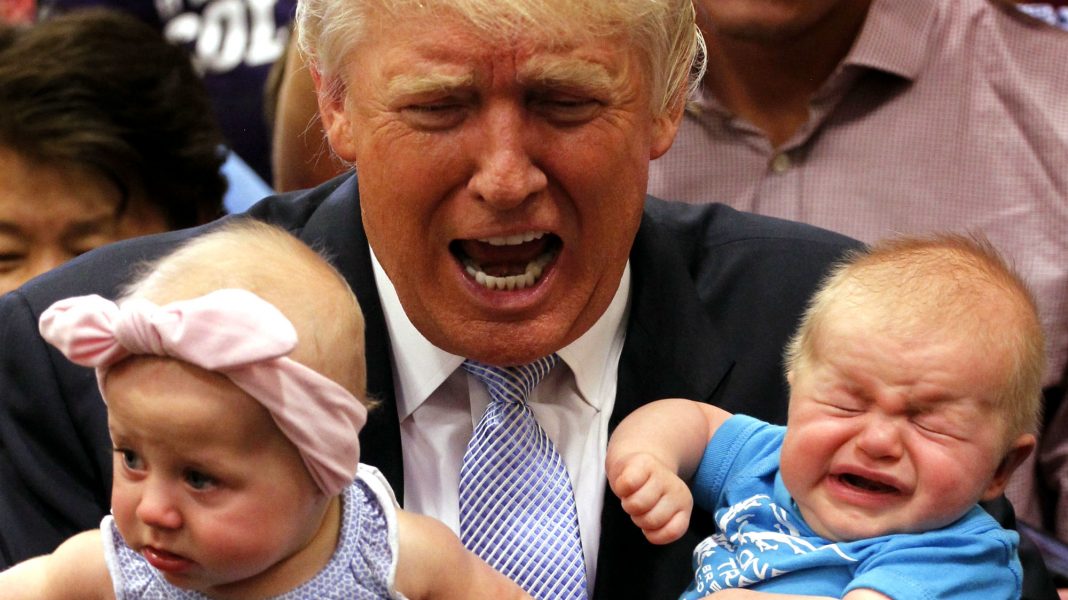 Poor widdle Donnie, he lost the mean ol’ election and he can’t stop crying. Diaper Don throws his tantrums daily, screaming and whining and everyone else just shakes their heads at him…except his fellow baby Republicans who are too scared to say anything as they fill up their own diapers.

To recognize the infantile behavior of a man-child who makes five-year-olds look like sage philosophers, the theme of this weekend’s music thread is babies, children, being young, being older, crying and yelling, being foolish and being wise. Unlike the most powerful man in the world…for 53 days more.

Now it’s your turn to share your favorite songs about crying, babies and kids, moms and dads and give Diaper Don something to really cry about.

This is the version I wanted. No edit button on the other one!