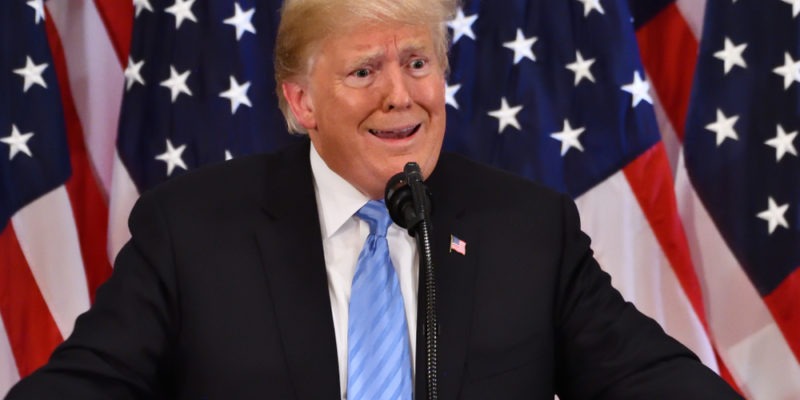 People have been calling Donald Trump sick for years but now that he really has caught and spread COVID-19, rearranging an early propaganda quote of his about the virus, the cure may be worse for him than the problem.

Dexamethasone, the steroid Trump is taking as part of his recovery treatment, is known to cause a false sense of strength and energy as well as acute mental issues. Even for Trump, his behavior over the past week has been bizarre and irrational. While it can’t be categorically declared as “temporary insanity” since it only differs slightly from his typical behavior, the combination of the illness, the cocktail of medicines he’s been taking, and the terror that his impending loss in the election and criminal prosecutions soon after may have pushed him over the edge.

So the theme of this weekend’s music thread is about Trump closing out his re-election campaign by going nuttier than a Payday bar. Songs about the mind, being crazy, confused, or fantasizing are all prescribed as a cocktail for this weekend.

Now it’s your turn to go crazy with sharing songs about the mind while Trump is losing it before losing it all!

Mental Illness wouldn’t be so bad without all the normals.

I’m doing reaction from now on