Home News & Politics Corruption Trump May Have Known About the Coronavirus Last August! 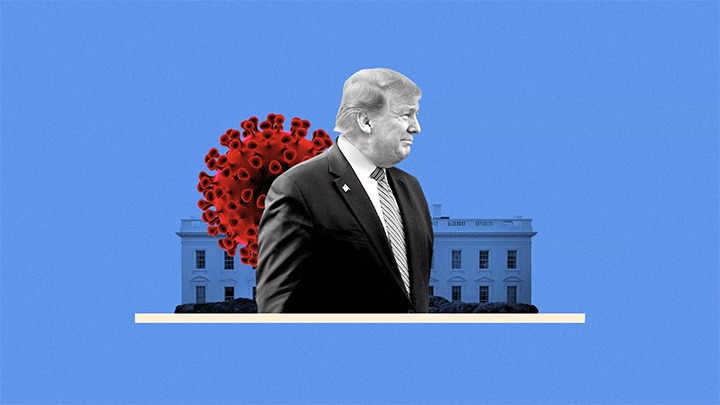 There were American researchers in China who knew last July and August that a crisis was coming.

Coronavirus outbreak may have started in September, say British scientists

They likely knew that a COVID virus being tracked was showing extremely high potential to infect person-to-person and to kill. There is a relatively fixed time period between when a virus first shows the potential to jump person-to-person, and when it starts killing. Trump fired the Pandemic Response Team last August. Finally, there was one person, Dr. Quick, and Trump fired her. One person who might have stopped the epidemic in its tracks.

Trump has known about the Coronavirus since last August, because China started tracking the virus as a “high-potential” killer then, or very likely before then. Dr. Quick, in her high position, must have known or found out just before leaving China. If Trump didn’t know, then he is inexcusable. It was the responsibility of many persons to inform him. It was his responsibility to know. There is one single most important moment in the life of an epidemic, it is when virality is achieved. They should have known that they only had a few months to prepare.

Trump needed the pandemic but could not have predicted how bad the outcomes would be. Nor could the lowbrows in the Democratic Party, if the best physicians and researchers in the world could not. So he kept it a secret.

I suspect that someone must have told Trump that the epidemic was imminent. Someone like Vlad Putin. He knew that that knowledge was worth billions in the right hands.
And Trump had always been taught that you don’t give away information; especially if it’s lifesaving information. So when he learned about the deadly plague, instead of warning people and saving lives, he bottled up the information, to use for his own benefit when it might be needed. Had Trump done his duty from the beginning, 200,000 people would still be alive. But he lied.

That’s not much of a surprise. Trump is all about secrets and lies. He’s bound to get himself caught in one occasionally. Only this time, he was caught in his own trap. Too many died and the deaths wouldn’t stop.

The virus was supposed to be Trump’s ace-in-the-hole. If he couldn’t just win the election with outright destabilization and finally civil war, after some sort of nullification, or stoppage, of the election and the Constitution (using State of Emergency powers); then he could use the virus to strengthen his stranglehold and bully on.

I wonder if McConnell or Trump ever get it that surviving from crisis to crisis is not winning!! Stability is success. In our finances and in our national economy. In our health. In our confidence in our leaders.

If you have read even the first few words of “The Federalist,” you understand that our current government is failing at everything.

But Trump calls it success.