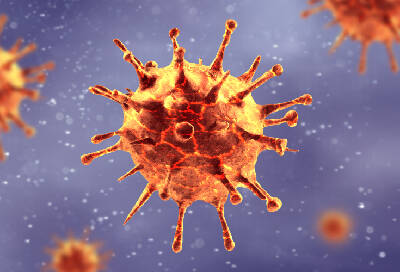 Something is Wrong With the COVID-19 Data!

Looking at the latest cumulative data on COVID-19 infections worldwide; and comparing hotspots as they come online, especially as we move towards the end of the game for this year, it becomes more and more obvious that the virus did not infect so many, and kill so many, in the United States in such a short time, from a relative handful of entry points from China. There is no reason to believe that this virus, which clinically has a low rate of spread, has killed 110,000, and infected who knows how many millions unless there are more entry points into the United States than two or three. But what’s going on here? How is this possible? How can the numbers be so out of sync? The actual rate of spread does not match clinical results at all. The virus spread too fast. Is this an intentional attack? With lab-created bugs, maybe?

No, no one can create a novel virus in the lab. We are years away from anything like that. But causing and hastening an epidemic, that’s an entirely different story. Entirely! It’s not rocket science to spread a disease. Typhoid Mary did it well enough even though she may have been developmentally challenged. In one house, she infected and killed seven out of nine adults. A very small force, could, if coordinated, infect thousands, with a group of live animals that are proven spreaders. Cooking up an epidemic is reminiscent of stories of about making an atomic bomb in your basement.

If the Coronavirus had been spread intentionally, with a highly specific plan, it would have been a piece of cake to infect millions, especially given that Americans are such whiners, and are always offended if they think that someone is: “telling them what to do.” I’m just surprised that someone didn’t do this sooner! We have been wide open to a biological attack for decades; and no one, not a single person, did anything to stop it when it did come. I don’t think that this could have happened naturally.

The Fauci Curve is basically a zero-sum function. For instance, “clinical rate of spread (in the lab), over time,” has to match, at the end of the day, “observed rate of spread (in the population);” over time; or else one thing has to be true: there are a higher number of points of entry than you used in your calculations (or your data is intentionally corrupted). Of course the data is corrupted, but not so much; that would be too obvious. As it would be obvious if China is the home of the single source. It’s practically impossible that there is a single source. It happened practically everywhere at once. And it is exiting, at least temporarily, everywhere at once.

But, why? Why would anyone want to place the blame in China, on the other side of the world? Who would benefit from chaos? Who always scapegoats? Let’s see? Who should we ask? Who is irresponsible enough to kill a hundred thousand for a diversion that would allow him to eventually declare martial law, and finally suspend the Constitution? That’s a tough one! Who has that little regard for human life?