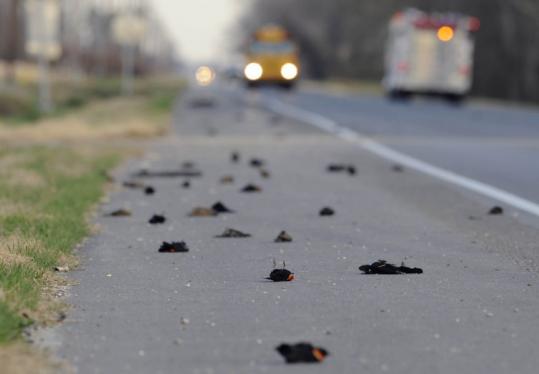 And we are dying for it.

Last year, the year before the pandemic, was chock-full of strange events in the natural world. It started with bird die-offs. Massive, unprecedented, and heavily reported. There were towns where the bodies of dead birds were everywhere, in yards and on sidewalks. You could barely walk.

And the red tide. In places it had never been, and it caused fish die-offs. And more bird die-offs, again and again. In Mongolia, north of China, a nation’s economy is devastated – because of a virus much like Coronavirus that kills goats and sheep (It’s all they have.) And now, close by, rat die-offs. (But, you say: “This is freaky. Isn’t that how the Black Plagues were originally detected in Siberia and Mongolia, by watching for rat die-offs?”) What is happening?

There are billions of species of life. Viruses are part of the evolutionary processes of the planet. See and understand this: Interconnectedness isn’t just philosophy, it is the way of the Universe. Balance, harmony, co-existence; they aren’t social experimentation. They are survival gear. Balance! If all those billions of species aren’t in balance, then the system goes haywire, and previously HARMLESS viruses unite and turn deadly.

“Did Trump kill Grandma?” You’re damn right he did! “And just by being the ultimate Contrarian, and Knee-Jerk Extremist?” Yes, that was enough.

Let’s look at a study in the microscope: Bill Gates, the money hoarder, and drag brake on technology. Why is he a money hoarder, a “collector?” A collector in the sense of collecting lives, collecting souls.” Like in: “Kiss the Girls.” What we always wanted to know is why nothing is never enough? A million geniuses created the greatest pool of wealth of any generation through technology, and you personally wanted all of it in your bank account. Why wasn’t $100,000,000 enough, or a billion, or ten billion? What is wrong with you that you need such a cushion – are you that lacking in talent and ability. In ingenuity? Let’s see… you didn’t invent the PC or the PC operating system, nor the graphical user interface, nor the network operating system, nor the relational database, nor data warehousing, nor the app, nor the touchscreen, nor the Internet, nor the social networking platform. What did you do, Bub? Oh yeah, you took the money. Don’t you see? Bill Gates, Elon whatever, and the rest – they are perfect examples of extreme imbalances in the system. They threaten the viability of the system with their monopolistic tyranny. The same thing happens in nature! We kill off species with deforestation (stifle competition), destruction of jungles (failing to promote coding and modern Computer Science broadly in universities), and the Arctic and Antarctic. We shattered ecosystems that depend on balance, in the micro, and in the macro.

Could it be that extremists like McConnell and Trump, who devote their lives to creating all the imbalances that they possibly can? All the divisions. All the hate. Did they cause the Plague?

Yes, of course they did. And not in the abstract. It was simply extremist brainwashing that convinced Trump to dismantle the pandemic response in the United States, and globally. He did it for no other reason than to be extremist. I guess that suits the president, no thinking is required. But, by doing so – not thinking, not asking for help – he killed, what? Millions, before it is done? To be arbitrary, like a two-year-old.

Already the national and international culture is falling apart. Trump specializes in promoting fascist genocidal maniacs. From that beginning, by praising Duterte’s murderous regime, and Kim’s violent insanity, Trump worked to make the machine fly apart at the seams. He is doing to same thing today: sowing seeds of civil war, while William Barr invents troubles to shield real terrorists, and hide his treason.

They are the disease. The Plague. It is their creation. They spawned it. And they will take countless lives.