Home Elections 2020 Elections Will Your Vote be Counted? 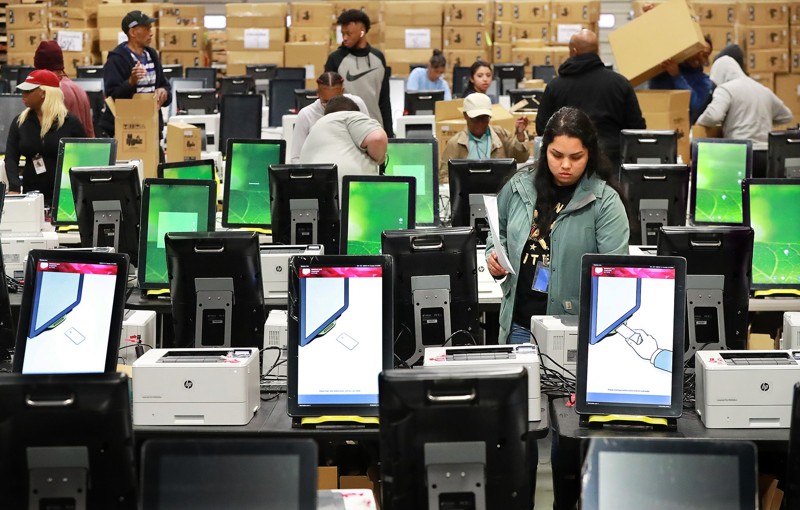 Personally auditable voter accounts, with high-tech login security, are far safer than our ancient, decrepit, arcane system. It is not secure at all.

Dumb Donald probably wouldn’t even be able to comprehend that individually auditable voting accounts are safe, and would allow voters to see, in a few seconds, how their vote was counted.

Our current systems give us absolutely no accountability. The HUGEST problem is that votes can simply be thrown away or shredded. And they are, by the hundreds of thousands. Also, we individually have no actual proof that our vote was counted. Or, for whom it was counted.

We use highly accountable, auditable databases almost every day, almost every one of us. Did you check your bank balances this morning? I did. My bank has mainframe security that is unbreakable. Completely unbreakable – because if it weren’t, the financial world, including national banks, would rock on its foundations. Hacking user personal information is not the same as actually performing transactions with money. Not even close.

Mail-in ballots can also be destroyed, though that is irrational and illogical. That’s the only credible threat to their security. But, the genius, Trump, somehow failed to mention that at all. The voting system is shot full of holes. But, that’s on purpose. Elections are essentially a tug-of-war decided by who cheats the most.

Okay, so you say, “All that you have to do is steal username and password combinations!” Actually, that is not even a serious problem. Not if a particular combination can only be used on one certain day. And from one particular computer. I’m not suggesting that you be able to vote from anywhere, but from home. (Every home computer contains a unique, individual code that is burned into hardware and cannot be changed.)

You might also say that this idea is simplistic, but I would retort that if you have ten thousand doors, someone will find a way to break in.

Do you really think that trillions of dollars of “virtual” money is passed around in the federal system, every day, on weak security? That’s ridiculous, money would be meaningless.

Auditable elections are a step towards real, actual democracy. They can be made to be secure and safe. Our present system can never be. Even if it were, we would never know!

Elections are hacked. All over the world, every day. And, almost always at the single point of contact with the voter. But our “National Liar,” Donald Trump, only speaks of votes, “fraudulently added,” (which would be instantly detected), and never about those taken away.

(Here’s a good one, and it’s almost a joke: In India, with the world’s largest general elections, an enterprising local election officer did the simplest of hacks: they used pieces of masking tape to assign names of candidates to buttons on the voting machine. He would, when no one was looking, during periods of low traffic, peel the stickers off and mix them up. Actually very clever. They use a thousand hacks, and it is sort of the national sport to devise new ones. We do the same thing.

Trump doesn’t want any sort of centralized system, and certainly not individually auditable. There’s no discussion of any issue with Trump, he just automatically (and simple mindedly) adopts the opposite as his position.

What a legacy it would be for an outgoing president to be able to say that they drove a movement that brought justice to our electoral system. Of course, that will have to be when we have a real President again. Not a fake one. Not when thieves like Mitch McConnell and Pelosi run Congress like it was their own personal lemonade stand. Not when the Constitution and our most sacred principles of government (we used to call it: “self-government), are held worthless by the Republican Party.

There is no single standard for voting, or for being counted as a voter, in the United States. That is staggeringly stupid, and obviously criminal.

Was your vote counted? How do you know?