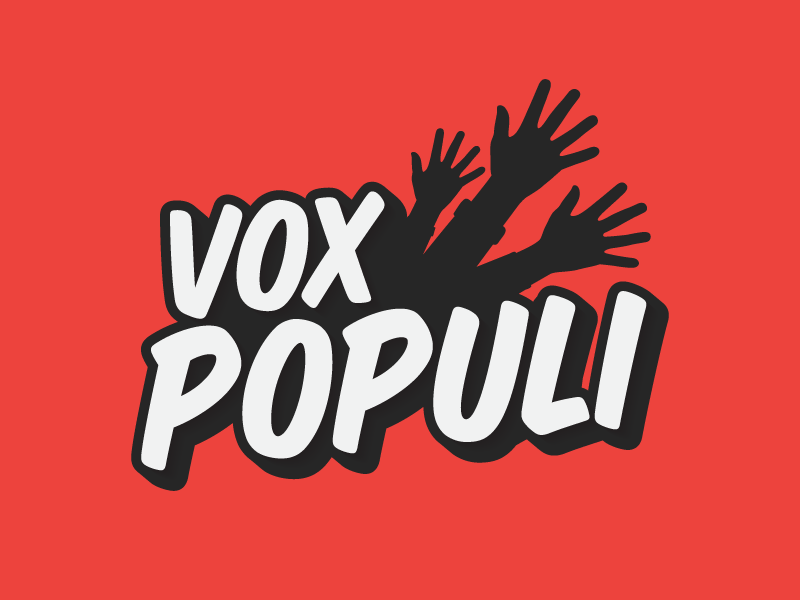 I got here early. MurphTheSurf3 2 hours ago

I mean it in the best way, but I know most of you are older than me and I know history, but this scares me… Khirad 2 hours ago

Khirad – These are scary times. We’re on a knife’s edge between democracy and authoritarianism, havoc and violence spreading across the country. But I think things are slightly leaning against Trump making that happen now. But who knows? AdLib 2 hours ago

Khirad….you are wise beyond your years perhaps….I am 70……share your age if you like…I have a friend who is in his early 40’s and has made it his business to know our history deep, long and wide. Way wiser than his years as a result. MurphTheSurf3 2 hours ago

I’m forty, I have parents, I know ancient history as well, but is this better or worse than Nixon? Khirad 2 hours ago

Thankfully, the generals are coming out to declare that, in essence, Trump is a traitor to our democracy and I think people are starting to realize that there will be consequences for following Trump when he is defeated. AdLib 2 hours ago

I was in O’Fallon and Ferguson this week taking part in demonstrations….”“I know people consider Ferguson as Ground Zero,” Jones said Wednesday. “However, every time injustice is done, they don’t have to come here and tear up our city.”masked and at a distance.,…but there….the new mayor in Ferguson, a black woman, Ella Jones who just won election, is taking a role in shaping her town’s response that is very healthy. Agreat quote: MurphTheSurf3 2 hours ago

Khirad – There was a great deal havoc back during Nixon and fear but there wasn’t a worry that there could be a military, dictatorial coup. AdLib 2 hours ago

AD, that was the crux of it, also Murph. Khirad 2 hours ago

You know I know history… and… Khirad 2 hours ago

I had ab unpopular idea of showing up with American flags and police flags and flowers. I’m not at war with good cops. Khirad 2 hours ago

Khirad – Yes, I know you know your history but to live through it gives you a unique perspective. Young people will be asking you what it was like when you’re older. Imagine being in Munich when Hitler was on the rise…but being part of the majority that stopped him. AdLib 2 hours ago

AD, I’ll write about Otto Wells and the Iron Front later, but I don’t want it to get there. Khirad 2 hours ago

They show up with semi-automatic weapons on the steps of state capitols. I’m say if we did that? Khirad 2 hours ago

Khirad – I think that’s a good idea. I have a perspective about the police being really exposed now, and it’s pretty bad stuff. AdLib 2 hours ago

PP, is there any Cornish stuff left in Perth? Khirad 2 hours ago

I know a deputy sheriff in my county who says his department is fractured right now. MurphTheSurf3 2 hours ago

Don’t make the police the enemy. You remember me talking about Iran or the Cold War. They are not. Khirad 2 hours ago

Evening, gents. These indeed are scary times. Perplexing, as well. I’m confused, perplexed, and absolutely pissed at ANYONE who thinks using the military, or much worse, unidentified “soldiers” to attack protesters is okay. It’s just unbelievable to me. glenn 2 hours ago

There are many good policemen out there but this militarization and “warrior” mentality, along with iniltration by white nationalists and other racists, is poison in the system that needs to be removed. AdLib 2 hours ago

I’ve been on the wrong end of the law and pulled over. I’ve also played with police in pipe bands. Khirad 2 hours ago

Murph – I know! Saw your comment just after I hit “send”! AdLib 2 hours ago

This para-military army of the unknowns assembled from a variety of federal policing grounds in the executive branch is vile…absolutely vile. MurphTheSurf3 2 hours ago

AD, it’s the unidentified I was thinking about. That is different. Khirad 2 hours ago

Khirad–yes, there are many good cops out there. They need to make their voices heard more. There are also cops like those who resigned (52 of them) because 2 of their fellow policemen were suspended for pushing down an elderly man, causing him to bleed from his ear. Then they walked by him. These are the cops who need to go! glenn 2 hours ago

There is nothing constitutional about a gendarmerie in the USA. Khirad 2 hours ago

Khirad–exactly. It’s time Congress let the RTLB know this. It may be time for another impeachment. glenn 2 hours ago

glenn – Being that Trump spoke with Putin before this militarization, threats of the Insurrection Act and making the WH a fortress began, I think Trump asked for advice and told Trump he had to dominate and use the military to scare the public into embracing him as their strongman who will keep order. But this is America, we don’t roll like that and Trump is a failure at everything. The protests have only grown, the more he builds up his threats and military presences. AdLib 2 hours ago

Murph–it’s not only vile, I’m pretty sure it’s unconstitutional. glenn 2 hours ago

Sorry! I’m still in MEL, Radio Freemantle in Perth had an Irish show on so they interviewed me about my Dad. I was supposed to be on for about 15 mins, but they kept me for an hour! pinkpantheroz 2 hours ago

Murph – I’ve heard them referred to as Secret Police. That’s what they are and that should chill any American. And Barr, who has zero constitutional authority to do so, is commanding them. AdLib 2 hours ago

Ice T was escoriated for his track Cop Killer, and became a good friend of cops without changing his views. They are people and I effing hated them for a long time. There are those that get into the force for the right reasons and those who don’t – but have badge members and not part of some Praetorian guard/ Khirad 2 hours ago

Ad–I agree that the RTLB’s tactics are backfiring on him. IMO, though, it’s time to do something. Too many people are getting hurt for exercising their constitutional rights. I’m not sure we can wait for November for the RTLB to be gone. glenn 2 hours ago

You all know that and a bunch of folks from the “old guard” among protestors were asked to go to Ferguson in support of the protests there a few years back…..it went badly….how very different this experience is becoming…two bad nights…a new mayor who assembles a broad coalition to reshape the protests…woman as leaders….and black woman in particular were my teachers in the days of the Student Non Violent Coordinating Committee that Ralph Abernathy headed and they were incredible. I am seeing that again. MurphTheSurf3 2 hours ago

So they finally built RTLB’s wall – around the White House! pinkpantheroz 2 hours ago

A number also hate Soros and I remember this. And I needle them, and they come up with more Jewish names. I’m not talking FB, but the old Bilderbergs and such. Khirad 2 hours ago

There’s also the cops who have murdered a black man and a black woman in the last few months, out of malice. And the internet is overrunning with video of police beating, shooting and gassing peaceful protesters. They are out of control all across the country. AdLib 2 hours ago

Khirad–I think you have hit on part of the problem with today’s cops. We need to have much better screening processes in place before someone is given a badge, a gun, and the attitude that “cops are always right”. glenn 2 hours ago

PPO….I am ready for my closeup, Mr. DeMille! Spotlight, Please. MurphTheSurf3 2 hours ago

Ad, maybe they all feel threatened because of the stupidity of a few, so their idea of defence is offence. Not that when they show humanity and side with the protesters, there is no problem. pinkpantheroz 2 hours ago

Hasan Minhaj and a few others have hit on the point, as well. I never thought Jimmy Kimmel would be part of the Resistance, but for all those that complain about Teacher’s unions? Khirad 2 hours ago

Murph–I hope this experience turns out well. glenn 2 hours ago

PPO–Yeah, I hope the RTLB stays behind it. He might need some more bunker time. glenn 2 hours ago

WAY too many cops are young military vets….way too many……and the old hands agree with that AND there are more than a few who are militia activities which takes me back to the days when police took off badges at night to put on hoods. MurphTheSurf3 2 hours ago

Ad–it’s amazing to me that cops keep proving what the protests are all about. glenn 2 hours ago

Biden should have a video shot at the fences around the White House and say, “Tear down this wall!” It is supposed t be The People’s House. Now it’s a baby gate for the Bunker Bitch. AdLib 2 hours ago

PPO–Cops shouldn’t feel threatened if they are doing their jobs with fairness and judiciousness. Of course, as I just said, they keep proving they’re not. glenn 2 hours ago

Ad, ‘Mr. Putin, tear down this wall!” pinkpantheroz 2 hours ago

Too much too respond to, but I grew up and who joined the force? Y’all said it. You have to be. I’d broaden the scope to correction officers, but we need an overhaul of our criminal justice system. Even for white kids selling shrooms and locked up forever because the… Hassan Minhaj and Jon Stewart and so many have nailed it. They are rewarded for sentencing by the private prison industry and this is more about that, but… Khirad 2 hours ago

Glenn…given how ever-present video is today, those police doing the things that some are doing is audacious and may reflect their belief that their president will protect them. MurphTheSurf3 2 hours ago

Khirad–I’m not sure what is meant by the “color revolutions”. glenn 2 hours ago

Khirad, no comparison with anti-semetic, racist conspiracy theory nutjobs attacking Soros for everything bad that they can think of. Really? An old Jewish man caused the protests and not an outraged black community that is being killed off by racist police? I mean, we watched a public murder by a policeman. But Soros done it? AdLib 2 hours ago

You all lost me. Khirad 2 hours ago

I’m saying I deal with anti-Semites and color revolutions were peaceful revolution with flags and flowers. Khirad an hour ago

Murph–that’s long been the problem with vets becoming police officers. As military personnel, they are taught to kill, maim, and keep the enemy out. When they join the police forces, there seems to be no retraining, so they look at their fellow citizens as the “enemy”, when their job is to protect and serve, not kill. In some ways, it’s a subtle difference, but it’s the most important difference in their mindset. glenn an hour ago

PPO – This is pretty straightforward for me. The police recognize that if the protesters succeed, their power, their immunity and their funding will be impacted. So the protests and protesters are seen as an existential threat to them and their goal is to shut down the protests completely, not just stop the looting and damage. They clearly don’t want peaceful protests to continue and they have been acting like a military force attacking the enemy. AdLib an hour ago

Ad and Murph–What a photo op for Biden that would be! glenn an hour ago