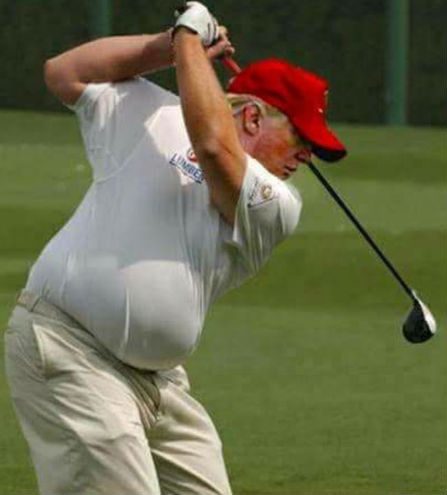 How could it be more obvious that we are in desperate need of leadership? Trump’s recent failures are staggering. He killed thousands because of incompetent belligerence and self-worship. But we aren’t at the end of our calamities; the worst is still to come Now we are facing, for the first time in our history, three deadly and persistent enemies at once; with one being the implosion of the Economy. Combined with the pandemic, and the social crisis; we are dangerously close to collapse. And all because for thirty years we allowed extremist cultists to reduce government to factionalism. Government became so dysfunctional that it could not defend us.

The Tea Party, and arbitrarian Rednecks progressively and programmatically dismantled our defenses against corruption; as Randian, anti-Christian hate-mongers chipped away at the healthcare system. And Democrats wallowed in their complacency, “and sat stone-faced while the building burned.” Then, Trump, “the Supreme Divider,” poisoned the well; we were finally left exhausted and defenseless, and we were laid waste by the smallest of enemies.

Of course, Trump’s idea of a plan for economic recovery is to deny that there is a problem, to say that it will all go away, “like a miracle.” But, that’s the same thing that he did already, on the pandemic. It didn’t go away, and Trump’s foolish and irresponsible approach to the problem compounded the problem, and cost tens of thousands of lives. “The Trump” has had his chance to earn our respect, and he has failed at every turn. He’s been given a free pass on his crude vulgarity, his cruelty, his criminal history, and his blatant racism. But, he never showed the least sign that he is capable, or can be trusted – ever again.

And all ye anti-intellectuals; are you really willing to destroy the future of our country? This will be the most ambitious task in the history of the human race: to limit the shrinkage of the world economy and use the opportunity to strike at the heart of the growing, fascism inspired, economic stratification that is the enemy of all mankind.

That’s not a job for a simpleton or a liar. We can’t fuck this up. If we do, we may all die. Or more likely, we will just become a poor country, perpetually divided by armed terrorists, reviled by all civilized women and men.

Trump is a mobster. He was born that way, and he will die that way. To him, there is no good, better or best; only what puts the most money in his pockets. If Donald Trump manages the economic recovery, then we will fail as a country – as an economy. And, we will never erase the harm that Trump has done, not in a thousand years.

When someone has gotten by their whole life using their white privilege and father’s money to hide how ignorant they are, this is what happens. Real problems that need solutions have finally hit the country during Trump’s reign and the emperor has no clothes.

Trump can’t solve any of these problems because he is a flat out moron. He doesn’t know how to actually reason out solutions. He won’t listen to experts and he doesn’t read, how can a loser of a human being with no innate ability to think things through, solve problems instead of making them all worse?

Trump’s operating program is simply narcissism. What makes him look good and feel good right now, that is the alpha and omega of his thought process.

Nothing can or will be solved with this moronic man-child in the Whte House. We have to do what we have to do to make it to November to body slam him then until January 2021 to throw him out and bring in people who can make things better.

We’re going to go through a lot of hell in the meantime but we’ve got no choice.

The “moron” is running our federal government. As I type, he has invoked the Insurrection Act in Washington D.C.. He can get away with it because we have no independent justice department and we only have one responsible chamber of Congress.

You are correct. Trump cannot solve any problems, but he is not at all interested in solving any problems. He is only interested in doing as much damage to the government as possible before his arse is put in prison when republicans are thrown out of Washington D.C..

What really ticks me off are the denials of white privilege from white republican voters. As a white man, 74 yrs old in August , my whole career as a small business owner was built on being white. Now at the time in ’73 when I went into business I had no concept of white privilege. Decades of violence against blacks opened my eyes. Now I know that my skin color opened multiple doors that were closed to my fellow Americans only because of their skin color. I’ll never live to see it, but the only hope I see for our future is the ‘BROWNING of AMERICA’. Maybe, just maybe, then we’ll have what our constitution declares, “that all are equal”.

I think that in a genuine political democracy, a person like DJT would never get elected. Mainly because the turnout would be higher, which belies the failure of U.S. democracy.
(Or should I say “The great experiment?”
The divided two party system is not designed to serve the electorate, but rather it seems to deny them their rights.
Recently Trump complained that if everyone had a fair shot at voting, the Republican Party would never get another president elected !
In effect he actually normalized the purging ( by whatever means necessary ) of live voters.
How can that circle ever be squared?