Home Featured Posts My Ode to the DDR 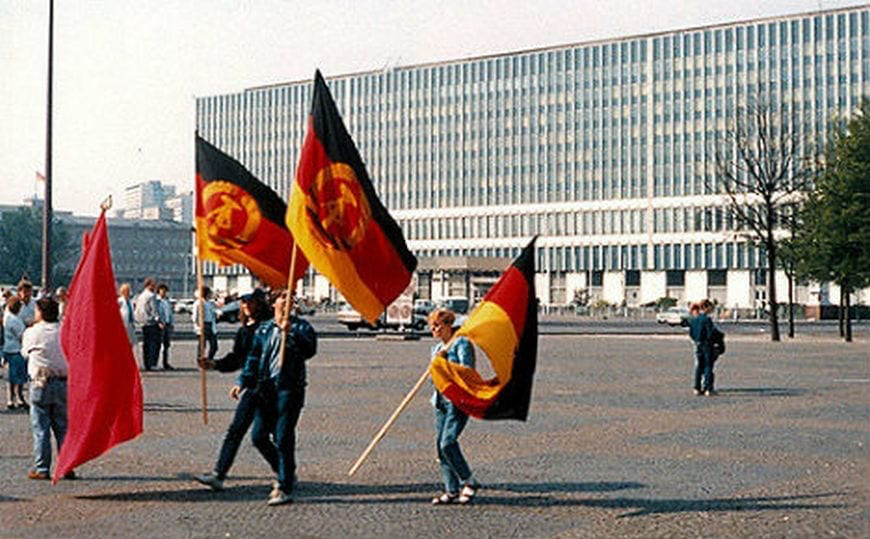 Where do I start? Did I grow up in East Germany? No. Do I intend to romanticize the DDR? Not too much. I just want to set my own scene. Hopefully, it will make sense.

I have German heritage, the same as a lot of Americans. My German ancestors came before even the First World War, though. But as such, German history has always interested me in the old country.

I’m in the annals of the Neuschwangers for goodness sakes, and took German up through High School. Everyone said it was hard. I would have failed at Spanish or French with the same alacrity, but I kind of understand it.

I mean, besides, my Grandparents and Great-Grandparents dropping it because – so the story goes – it was not safe to speak German in America anymore. But also, socio-linguistics will tell you that’s about when any immigrant community learns the de facto language (it being American English – and knowing how to say “I am not a spy for the Kaiser!”).

I’ve done my reading. I love it when people tell me I might not have done well in East Germany. Like, thanks. No shit.

My question was how Germans could have ever put up with it at all. That’s a big statement. Like I said, I know about how the two Germany’s came to exist. If you know more than me, I’ll allow it.

But; I mean our friggin’ textbook in Junior High was called Neue Fruende, published barely two years after? I turned to films such as Good Bye Lenin, The Lives of Others – even the Baader Meinhof Complex. Recently, The Same Sky was good, I thought it should have been picked up for another. There are even East German-themed restaurants now in Berlin.

My intent has never been to Ostalgie everything. To say, well, at least in East Germany…

Women were equal, you had a pension, and nudism was cool [insert Stasi joke]. But, as in the other former Warsaw Pact nations, except moreso, I’ve seen some rue a few things East Germany may have got right without being apologists – incompetent and corrupt as the ruling SED were.

In the bigger picture, it was funny you could have Social Democrats in West Germany – but I’d argue East Germany was never a complete satellite state. This is where I wish I knew German and Russian better, but German pride was still there [as was a young Putin, bored out of his mind – Stasi got this KGB youngster].

All I know of that Ostalgie is how some of the best German music came out after the wall fell – from the East. Rammstein, is perhaps the most famous band to arise from East Germany [they can all speak better Russian than Engish].

A lot of the music that arose out of East Germany is electronic, but remember it was underground. To this day there is a lot of irony posed around Nazis. But when Rammstein says Links zwo drei vier, they mean Die Linke, the Left Party.

Even other groups from the former West Germany, like Welle:Erdball, Die Krupps, you name it – they all take inspiration in those that survived East Germany. I could mention a few others I’m forgetting, but let’s say they brought the Angst out of the East.

And of course, Angele Merkel herself… which is why if you’ve never seen her in a room with Putin, it is awesome. She knows Russian fluently.

I don’t romanticize it, but there’s a subculture that loves screwing with people. I’m guilty. Nobody thought this was funny but me. I kind of miss the Cold War that way. I’ll tell you all about Laibach next time around, but that’s a tangent.

Just understand I have a dark sense of humor. Build the Wall!

I want to be clear how serious I am about border security!