Home Healthcare COVID-19 “The Hand That Holds The Pen” – Statistics, and Epidemiology 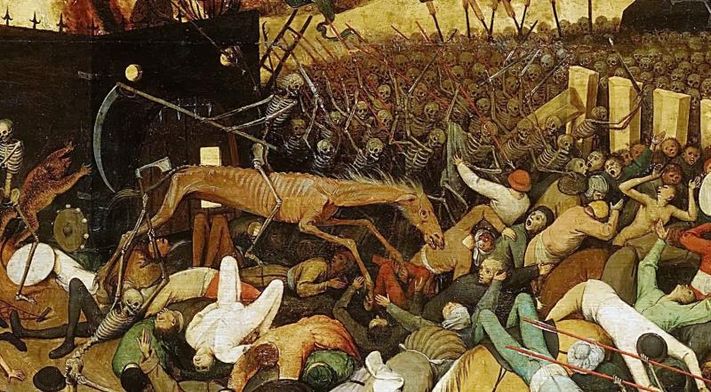 This morning a blog news post was published on a cable news network that criticizes a preliminary research study at Stanford University, that suggests, or may suggest when it is complete, that the ratio of deaths to positives is higher, in parts of California, than previously predicted. The story stressed that the researchers should “apologize” to other researchers. Nonsense!

In 1347, the Black Plague hit Europe like a thunderbolt. It seemed that the Grim Reaper was everywhere. “Death Carts” crawled through the streets of Paris and Marseilles collecting corpses, and even the sick and dying. 50 million people died; more than half of the population of Europe. No one knew where it had come from, or how it had so stealthily snuck up on them.

And then, “along came Jones,” a superhero: Statistics! A French scientist discovered that if he pinned a map of Paris with flags for every plague death, there were remarkable concentrations of cases nearest the waterways and especially commercial docks. Eventually a tool of Forensics, “contact tracing,” located the dock and even the shipping company that had been the original importer of the disease: from China. Now, for more than five hundred years, we have used techniques like this, and have progressively advanced the sciences of immunology and epidemiology – and statistics.

But, what exactly happened here? What did statistics do? It made it easier to recognize “salients” in data; things that stick out about the data. From them, experts can make a hypothesis, then draw conclusions about the data; which can guide us further in our research. We test the conclusions with additional data; and then, after we have finished, other equally qualified experts question both the theoretical basis and our data collection methodologies used to form our conclusions. Finally, the study must be replicated, producing similar, and verifiable results to the original study.
My conclusion? To jump in, early in that lengthy process, and level charges of irresponsibly, is ridiculous. Especially since the accusation might well be politically influenced.

What is the upshot of all of this? Division! Now, the “Disrupters” are even trying to obstruct the scientific method. And not just about ultimate conclusions, which we expect to be debated and argued about. They are using a military-like tactic to retreat while fighting over every foot of ground. Why? To suppress the death count. To dilute and reduce the seriousness of Donald Trump’s crime, and win an election (“There are things more important than death.” Yeah, winning an election – is that prophecy?)

As we see again and again; to misrepresent science, distort it, pervert it, and falsify its meaning is a criminal act, and will almost certainly cost lives. Why do they lie? What is the obsession? Or is it just about losing your job, and being hungry? “Oh, ye of little faith.”

All this neglects to stress that this report, based on a small inconsistency in the data, may be reversed by the next study. This is just the beginning!