Home News & Politics Corruption Trump Knew and He Didn’t Know (And That, He Knows) 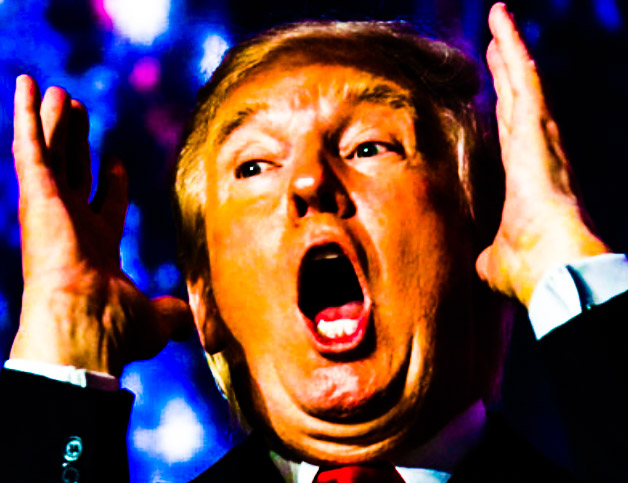 Trump Didn’t Know: “No one could have known.” Trump knew, “before anyone else.”

He signed off on memos containing amazingly accurate warnings and time-frames for the coronavirus epidemics and their effects. But, he didn’t “see” the memos.

Trump said that he knew, and didn’t know, on the very same day. But, you see, that’s not a contradiction to the President. You must be saying to yourself: “Of course it’s a lie. Both stories can’t be true.” Right? Wrong! Not to Donald Trump!

It’s not that he believes that both stories have to be true because he said them; or even that each was true when it was spoken. The president’s problem is that he lives in a fantasy world, inhabited by demons and monsters: his pursuers. His reality is constantly shifting, caused by paranoia mostly, and the lust for power. He, quite literally, can’t discern right from wrong. He can’t “manage” his life without constantly shifting his opinions to suit the moment, because of his deep-seated ignorance and a complete lack of competence. “Right and wrong” don’t exist to Trump. They serve no purpose. And, he has lived so long without contact with normal personalities, that right and wrong are dead to him.

It seems that a great many people are infatuated with Donald Trump exactly because he is a criminal. I wonder if they realize that he creates reality as he goes along. That he is paranoid, bi-polar, dangerously inconsistent, unreliable, out of touch with reality; and now, finally, we see that he can’t grow, or learn, no matter whether he tries or not. He failed at that too.

Trump really doesn’t know that he is killing people by the thousands and tens of thousands. It’s easy to say that he knows and, “just doesn’t care.” Easy, but not true. He doesn’t know or comprehend. Why?

I don’t know. But the criminal culture of New York City has moved to the top of my lists of suspects. If we are going to blame China, then why can’t we even discuss Gotham. A monster like Don Donald should never have existed. But he is only the “malignant bloom.” He could not have existed had he not been nurtured by a culture of corruption and criminality.

Okay, alright. I know that the people of New York City aren’t “like that.” I’m hip. But, they have an addiction, and they are in denial about it. The first place that I ever went after high school was the City. I didn’t get it. They obviously think of themselves as, “superior,” but they just as obviously are tainted. Not inferior, but poisoned by an evil as pervasive and destructive as any virus. An Old World evil that should never have been tolerated, but is now practically worshipped by the masses. Money is their “Great God.” But, like the ghostly captain in “Pirates of the Caribbean,” they are never satisfied.

Don’t even discuss the judiciary in this: “strange island off the East Coast of the United States.” They are disgraced. Every effort to fight corruption is stymied by them. It’s been that way since before America was even a country. How can we stop crooked, or political (same thing) judges? They must not believe in anything.

If New York is the Petri dish, Washington D.C. is the laboratory where the deadly virus was cooked up. Politicians, all of them, were dead sick of “liberalism,” and completely indifferent to “issues” like civil rights, women’s rights, and justice in general. They all went to the same schools. The same churches. Had the same friends! And the same motives. Every single one, on either side, lied about their motives. “Blues” never really cared about poverty and oppression – it wasn’t their problem. And “Reds” are extremists, not “conservatives.” There’s nothing conservative about destroying institutions. Power and greed, those were their motives. And division their method. Now they too can’t tell right from wrong. It makes no sense to them. Now they have no method.

When we needed them, more than any time in our nation’s history, politicians reverted to type, and again failed at every level.

“We the People” must take back OUR COUNTRY! At the present, America is not just run by elitist imperialists, but owned by them. They have no regard for our constitutional, democratic form of government, or our institutions. I say, “Throw them out.” And, leave them out. All the imperialists. They don’t speak for me. They, by definition, speak only for themselves. By definition, they are nothing but obsessed hoarders. All the imperialists, including Trump, Gates, and Musk. My generation created more future wealth than any in history. And a handful of men possess it. Two hundred years of blood, sweat, and tears went into the making of America. Two hundred years of progress. Which it only took four years for a liar and coward, a criminal, to reverse.

What’s next? Obviously, Trump will lie and deceive his face off to convince the “herd” that he did a “perfect” job handling the response. Yeah, well we will see about that too. New Zealand just got a progress report, and the grade is an ‘A+’. That’s what you get when you have a committed and involved populace, no willful non-compliance, no uses of the word “hoax” by the President. No politics allowed. The deaths, and how long they continue will be our metric. The numbers will be our grade. If there is a sharp downturn at some point, then we will have our number. We will know that we have turned it around, however late. But if the death toll remains high, with up and down swings (as new hotspots come online, and old ones are reseeded), then we will know that we have done nothing except slow the spread, which may eventually infect many millions; we just don’t have the discipline. We will at least see clearly the difference between what we did, and what we could have done, in comparison to the experiences and outcomes of other countries. And the numbers will not lie, but Donald Trump will. And his lies will count for nothing. But they will kill.