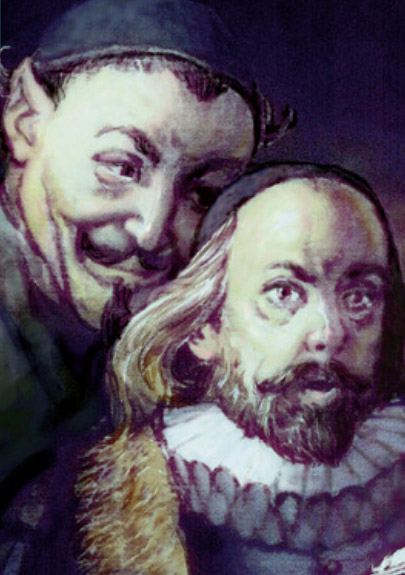 Magic is the opposite of science. Magic says that everything is just chance, but then says that you can control chance – with “superior magic.” That is Trump’s promise.

Whether or not we take our idea of the Universe with a “Designer,” or without; most of us agree that there are laws of nature, called “science,” that are our agreement about the Universe, and how it works, and especially how all parts of it are interrelated. We don’t have to understand the interrelationships to believe that they exist and that there are experts who are able to make them available to us as resources: Everyone “believes” in gasoline, and electricity, but we don’t understand even one of the hundreds of reactions that must happen in a refinery for us to put the pedal to the metal. Neither you, nor I, nor anyone else understands what electricity is, essentially; but it makes us into supermen anyway. Science gives us that.

Trump is a snake oil salesman at heart. He says that any potion that he cooks up is as good, or actually infinitely better, than any other. Why? Because of his superior magic! What else could it be? For instance: Trump keeps trying to guess the extent, duration and death toll of the virus. Maybe he’s betting that eventually, he will get it right. But, we all understand, except Trump, that even though it may be possible to determine those outcomes in advance, to a certain extent; it is very difficult, and takes a lot of work. That’s the story of Trump’s life: He does no work at all, makes all-encompassing decisions by guesses, after being given summarized opinions by extremists who never did the work either. Then he proclaims his newly-invented guesstimation as “God’s Truth,” and believes it. But Trump can only give us distorted images of reality. He leads by being the master of illogical claims of pseudo-science, with irrational conclusions and bizarre mumbled delusions for spice; dripping with invective, and reducible to silly nonsensical truisms parroted from other charlatans and wizards. The Supreme Charlatan Magician, and stereotypical of the breed, is Trump.

Trump’s following are made of pretty much the same stuff. They don’t believe in science, because it implies a certain equality. Traditional Christianity is much the same to them, for the same reasons: It is impartial, and therefore to them, invalid. They don’t seem to believe in anything except hate, because they recognize that it is the child of prejudice. Justice, to them, is incomprehensible: “How can it be “fair and correct” for everyone to be equal in the eyes of the law?”

It’s time to come out and say it: Do extremist factionists lack a gene, the very one that makes US fully human? How could any “human” suggest allowing the aged to die to prop up a grossly overvalued economy perpetually on the brink of collapse? Is that not magic, or more specifically: human sacrifice?

Cursing the deceased; is that not magic. Constantly demanding praise and adulation, is that not the mark of a shaman. Endlessly making exaggerated claims of his own efficacy, with delusions of omnipotent powers, is that not Simon Magus?

Nature, or God, is trying to teach us a great lesson: That we are one. Trump thinks he’s greater than all that. He would have all men worship Trump. He will not learn. But, we must learn. Nature will not wait.

When it comes to acts that can be called, “crimes against humanity,” the list is pretty short and the criminals are usually historical figures. But, what Trump did in 2017 when he disbanded the Pandemic Response Team, was an actual crime, in the here and now, against everyone – every single person on Earth. I would not accuse anyone of helping or supporting Trump in this. If they do, or did, then they must have been threatened, or in fear otherwise; or mentally ill. No human being could be so callously indifferent to human life. No human being.

I should add that I sincerely apologize to Dr. Fauci. I see that he did do everything that he could; and tried, like Ulysses, to maintain a semblance of order and disciple in the ranks, and develop a plan. He did try to sound a global alarm, all the way back in 2017. In 2017, in fact, Dr. Fauci made it a priority to develop a global warning alarm system. No one was listening. As long as freedom lives, when we raise a glass on the “New Saint Crispen’s Day,” Fauci will be remembered.

Donald Trump must pay for his crimes, in time. But, all the money in the world will not suffice. “Disgrace” is the best word that we have, but it will not suffice. They say that in a few weeks we will, “top the rise.” We’ll see. I believe that we’ve got a long road back.