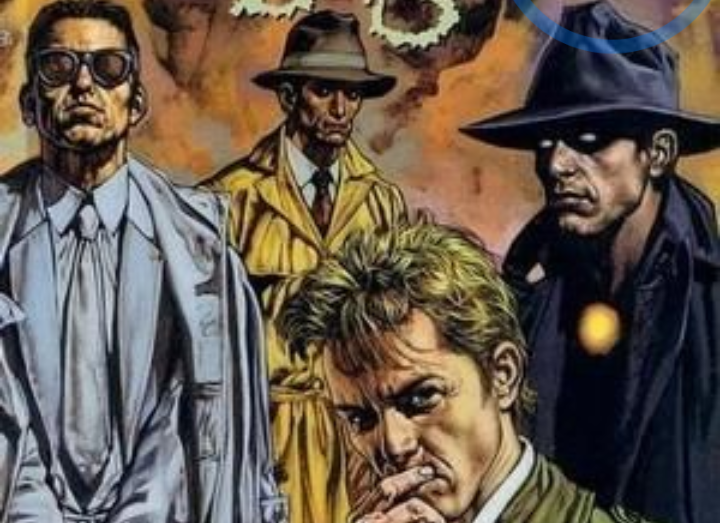 At the very end of the movie, “Three Days Of The Condor,” there is a curious scene. Turner (Robert Redford) and Higgins (Cliff Robertson) are talking on the sidewalk, and Turner suddenly says to Higgins: “Who’s that man!” Then he plays a street magician’s trick and disappears into the crowd. The thing that’s curious is that Higgins, a spy-of-spies, is tricked – and easily. Why?

Because he fears the “Invisible Actor.” He thinks he’s got the situation in hand, but he knows absolutely that there is an important actor who he is unable to identify, maybe two. And, he knows that wherever Turner goes, he’s like two sticks of wet dynamite – volatile. The insertion of yet another unknown actor is his worst nightmare. If there is even one person unaccounted for, someone with eyes on him at that very moment; then he may die at any second. So he reverts to instinct.

All the investigations of 45* are starting to reveal matching patterns; and convergences, meaning that everything was well planned and coordinated – and timed. Everything is working together for the benefit of Donald Trump, and it is beyond coincidence.

The symmetry is maintained by the media. They shift opinion on every issue, in a concerted fashion, to always minimize damaging information, and position and time pro-Trump information where it cannot be avoided. And, by all appearances, the networks are working together.

We could stop Donald Trump. But we can’t with a corrupt media. They are the Invisible Actor (or a proxy). We don’t know what their motives are, or who their leaders are. And the issue never gets any press and is never open to discussion. Over the last few days, the media have soft-peddled war, “balanced”, and disinformed, with their tremendous influencing power; until most folks don’t have any idea what the hell is going on. The ultra-right press have had a field day amplifying the lies and deceptions of Pompeo and Trump. No matter how insane.

Especially telling stories can disappear at a moment’s notice. Scandalous accusations are published without proof, or follow-up (Is there any proof that the general was obviously a “very evil man,” as CNN opined this morning, in the middle of an informational news post; or is CNN just taking the opportunity to slander a man who can’t defend himself – because he was assassinated by the man they are protecting.) Accusations are made against anyone who opposes Trump, without a shred of proof, and without any follow-up by the Press. And important reveals are swept under the rug. For example: Yesterday, we learned that the President’s daughter, and the President, have business ties to Iran, with the assassinated Iranian general. That’s important: It’s one thing to kill for military reasons, but killing someone with whom you have a history of business dealings, and hiding your personal involvement, sounds a lot like murder. But today, the story is buried or has been disappeared.

Knowing 45* the way we do, we have to suspect that the reason he attacked Hunter Biden was to head off attacks on his own children, by conditioning the Base to believe that attacks on Trump’s children are always retaliation. “Hit first, and hardest,” he says.

Trump began his reign of terror, and his campaign to destroy liberty and freedom of the Press, by attacking the media as dishonest and insane, and dangerous, because they are liberal. He targeted them for terror attacks.

Even before the 2016 Campaign actually began, Trump was attacking the media as biased. He has nearly broken the profession now. Many of the best writers have retired or withdrawn. The remainder, all too often, negate, equivocate almost as bad as Russian trolls. Even when they make a cogent (appealing) point; they immediately reverse it, or dilute it with balance.

Ulysses was: “that man who was never at a loss.” He always had a plan. But, I am completely at a loss about this. I don’t see any way to preserve freedom at such a disadvantage. With so much deceit and corruption in the media, it seems impossible.

I thought President Obama was going to start a network?