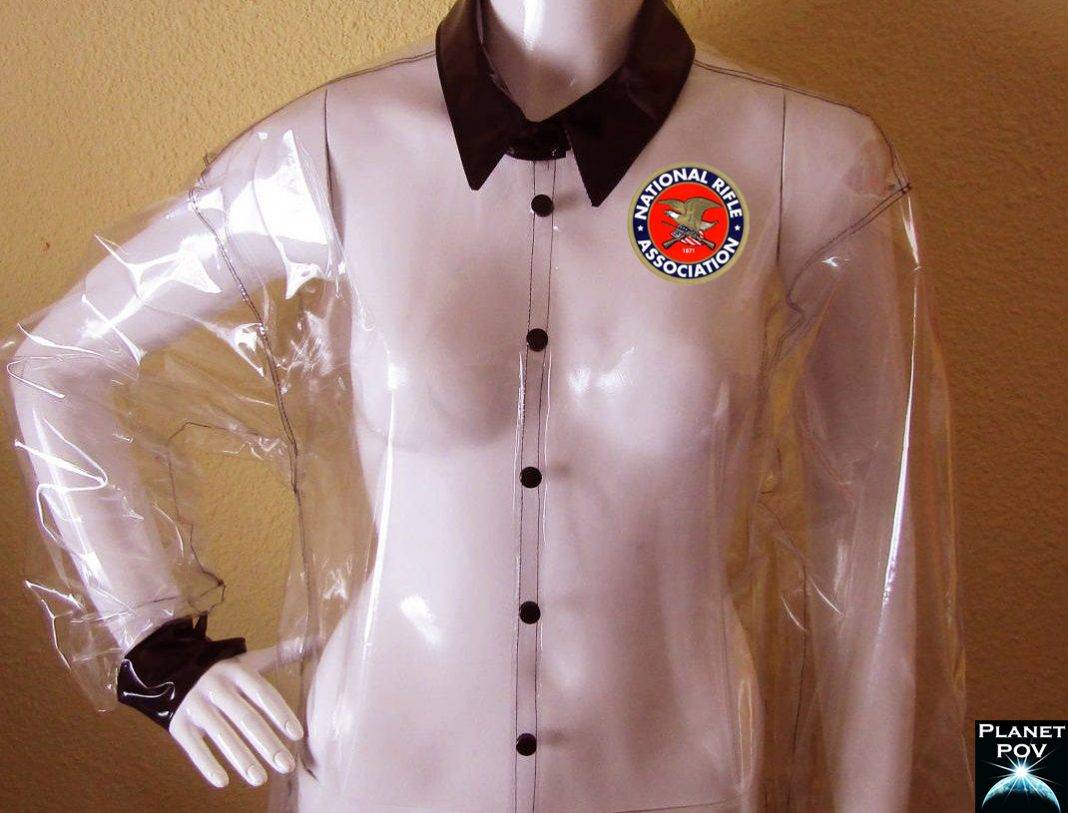 Donald Trump announced today that he will confront the issue of gun violence by implementing the NRA’s proposal that all Americans be required to wear see-through clothes.

Following up on requiring Parkland students to use clear plastic backpacks, Trump has ignored the Never Again movement’s demands to ban assault weapons and institute universal background checks in favor of this risky and risqué NRA initiative. Trump asserted that giving up personal privacy was a necessary compromise to keep the country safe and respect the 2nd Amendment.

“Mass shootings are bad, they’re really, really bad and we need to do something to stop them that makes more sense than taking away the guns that mass killers always use. And I gotta tell you, I like the idea of men and especially women, wearing see-through clothes,” Trump drooled. “No one will be able to hide a gun so at least it takes away the element of surprise and that’s a big thing. And the other good thing is that when I was campaigning, I promised more transparency and today I’m keeping that promise.”

Trump even volunteered to work as one of the new “Gun Safety Inspectors” whenever he had the time, a new force comprised primarily of white men in their 60s and 70s who will closely review random female Americans to make sure they’re wearing transparent clothing correctly. “The women of America are among our most vulnerable citizens and deserve a real hands on approach from those in power,” explained Trump between deep, rapid breaths.

Trump explained that there would be a transition period for Americans to make the switch-over from normal clothes to transparent clothes, to allow clothing manufacturers to ramp up and make available a variety of transparent clothing lines and for the public to become more comfortable about wearing them.

“The only thing that stops a bad guy with a gun, is the embarrassment of being seen in terrible underwear while carrying a gun,” Trump declared.

The NRA applauded Trump for his adoption of their see-through clothing plan, justifying it as a simple broadening of their support for “open carry”. NRA spokesperson Dana Loesch stated, “We will always fight against attempts to strip gun owners of their rights…but that’s pretty much where we draw the line.”

When asked if this radical regulation might instead result in people feeling more vulnerable, being semi-naked and able to more easily see people around them carrying guns, Loesch responded, “Did you just ask if we’re sponsoring free shipping on all gun purchases this weekend? As a matter of fact, we are!”

Loesch went on to say that gun manufacturers are already reacting to this new mandate by gearing up to produce see-through guns. “When God closes a door, he shoots out a window,” Loesch chuckled.

You asked for it…this is from his press conference banning one:

Adlib, thanks for the heads-up, my Jockeys are getting somewhat ragged. No need to worry though. The Sex Workers Union will fight this legislation, arguing that it encroaches on their territory.

Yep, underwear stocks are headed for a boom! Everyone will be buying new underwear so often, profits will skyrocket! Now’s the time to buy in!

Not to mention a boom in liposuction and dermatology.

I have a feeling that Lloyd Blankfein and the rest of the Trump Fan Club at Goldman Sachs are sensing a big “Buy” opportunity in the new-but-rapidly-growing business of manufacturing glass bullets, AdLib!

I might have known they would already be out there. This gives a whole new meaning to transparency in political policy. 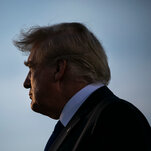 The Trump Organization was branded a felon. Herschel Walker was defeated in Georgia. Donald J. Trump has had better Tuesdays. [...]

Bidens Toasted a 2024 Campaign With Macron at the State Dinner 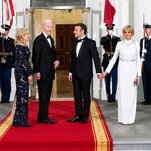 The Democratic Party is anxiously awaiting a formal announcement from President Biden about whether he is running for re-election. [...] 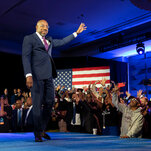 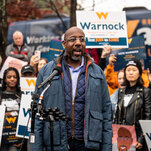 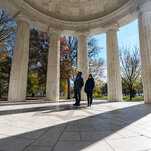 Themes explored in next summer’s temporary exhibition may include diaspora, migration, displacement and civic gathering. [...] 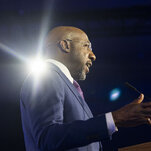 To cheers from his supporters, the senator evoked the civil rights movement and said, “I am Georgia.” [...] 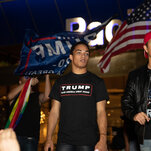 Christian Walker, the estranged son of Herschel Walker, had harsh words for his father and the Republican Party as Georgia’s Senate race was called. [...] 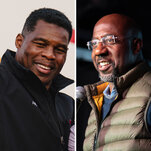 Herschel Walker’s loss to Senator Raphael Warnock showed that flawed candidates cannot always rely on partisan loyalties to lift them. And it is likely to deepen Republican infighting over Donald Trump’s drag on the party. [...]

Republicans and Democrats agreed to roll back the requirement as part of an $857 billion military policy measure, acting over the Biden administration’s objections. [...] 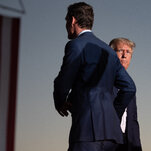 Herschel Walker’s loss in Georgia delivers another blow to the former president in a state that has been emblematic of his struggles when it comes to endorsements. [...] 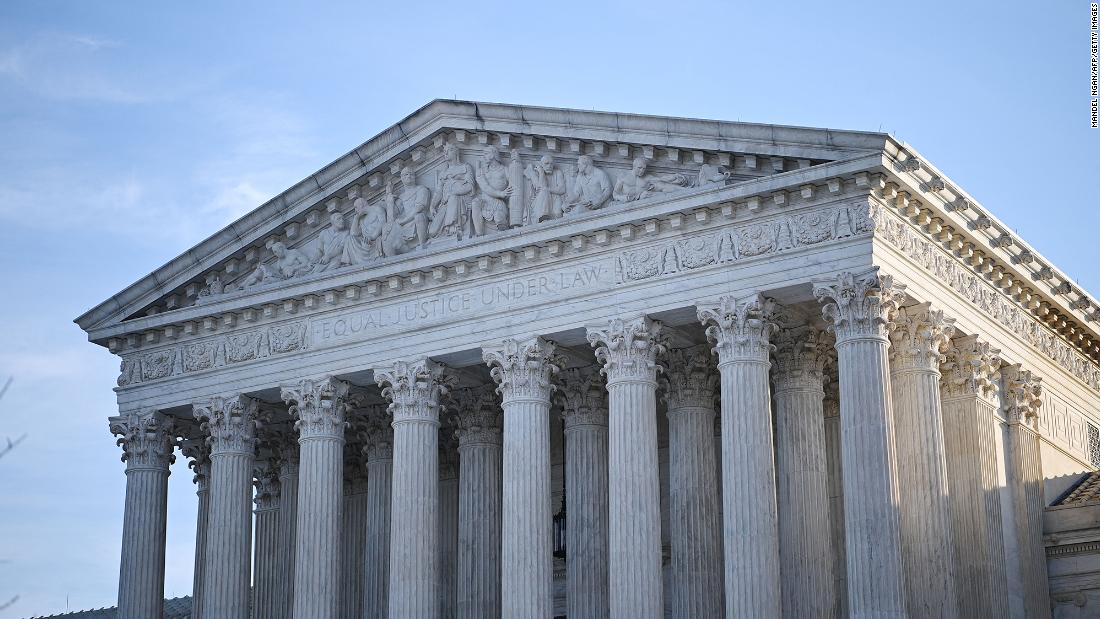 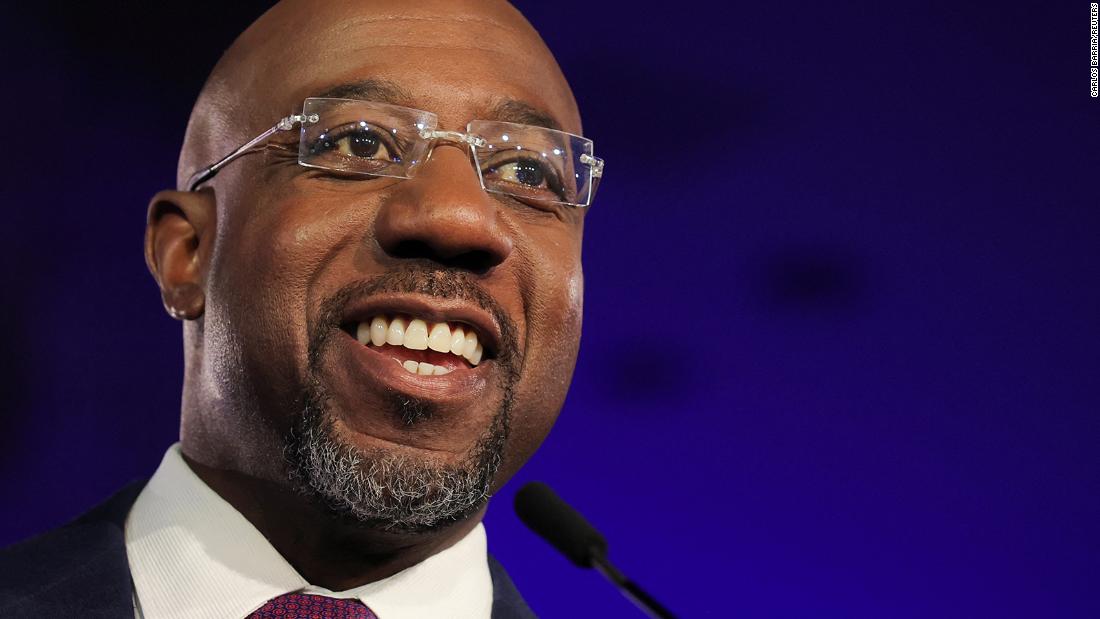 The execution is carried out before a crowded sports stadium after the man confesses to murder. [...]

Ukraine war: US neither encouraged nor enabled Kyiv to strike inside Russia - Blinken

Russia says a third site was attacked by drones on Tuesday, a day after two of its airfields were hit on Monday. [...]

Madhya Pradesh: Race against time to save India boy stuck in well

An eight-year-old boy is stuck inside a 400ft-deep borewell in India's Madhya Pradesh state. [...]

Ndambi Guebuza is among 11 defendants found guilty of corruption for a $2bn failed fishing project. [...]

Volodymyr Zelensky is Time Magazine's 2022 Person of the Year

The nomination of Ukraine's president is "the most clear-cut in memory", the magazine's editor says. [...]

The Big Cat Public Safety Act seeks to stop people exploiting animals such as lions and tigers for profit. [...]