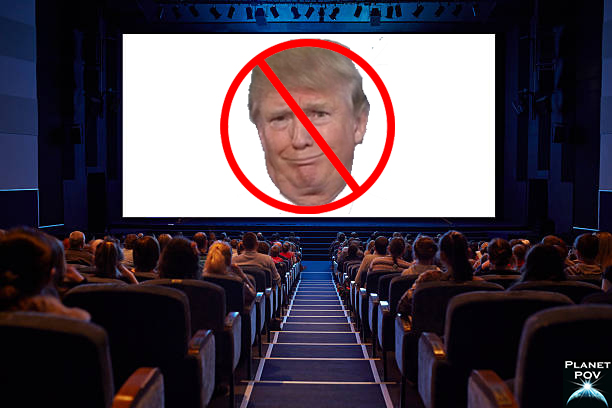 Donald Trump has dominated the media since he began his campaign, each day seems to bring more Trump ugliness that tops how abhorrent he was the day before. Those who care about this country and its people can’t help but be subjected to this day after day and it can wear you down.

So in the pursuit of an antidote and counter-programming, we introduce The Anti-Trump Film Festival, presenting clips from a variety of films that confront the Trumpesque themes of racism, oppression, corruption, etc. and affirm the traits that are best in human beings (which may exclude Trump and a number of his supporters if preliminary medical reports are correct about their reptilian biology).

You may have seen some of these films before but you may not have seen them recently, others may be new to you. In the pursuit of staying energized against Trump, we hope that the clips below may encourage you to seek out and watch these entire films and others that speak of the triumph of strength against those who try to oppress.

Please feel free to add your picks to The Anti-Trump Film Festival!

Trump’s “precious” history he’s trying to protect while attacking those who want the reminders taken down.

Kalima, just to compliment the real Selma footage, this trailer from the movie Selma is also very powerful (as is the movie, of course):

Yes, it is very powerful and we watched it here a few months ago.

The ultimate fate of fascists.

Yes FD, and let’s not forget all the collaborators of fascists who were “just following orders” and giving them, some tried and convicted as dramatized in Judgement at Nuremberg: