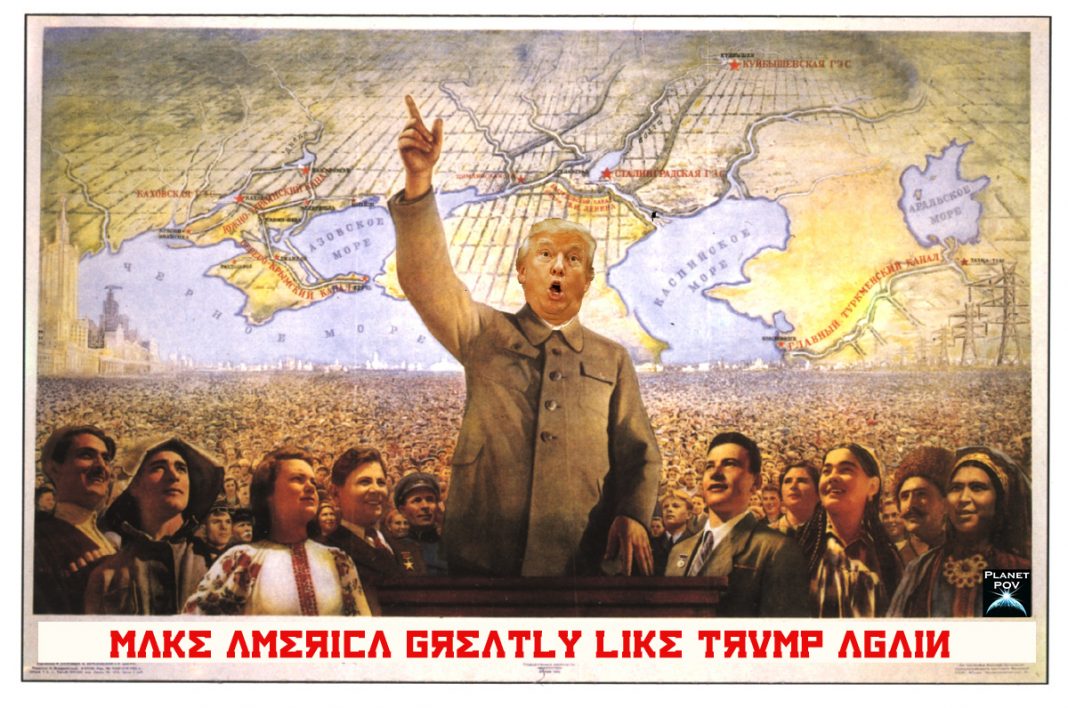 In response to his record low approval as President and the pummeling he is taking in the media for making false statements in tweets and speeches, insulting the leaders of many U.S. allies and promoting Trumpcare and his budget which would both devastate tens of millions of the most vulnerable Americans, Donald Trump has issued an Executive Order establishing a new Propaganda Office to promote positive views of himself and his administration.

Kellyanne Conway has been tapped by Trump to become the “Minister of Propaganda” while continuing in her role as adviser to him.”At first, I thought it might be a bit much for me to take that position as well but then I realized it’s just doing what I’m already doing,” Conway explained, startling herself after realizing that she had just said something that was accurate.

Conway stated that the public will see a multimedia campaign including tv ads, music videos, posters, billboards, bumper stickers and armbands that present Trump in a better light. “It’s a brilliant idea and came as a sudden inspiration from The President. He was simply watching the news on RT while eating borscht and a salad with Russian dressing and it came to him out of the clear blue,” said Conway while casually patting out a small fire that kept breaking out on her pants.

Among the items on the Propaganda Office’s to-do list are, a new music video by Ted Nugent titled, “Heil to the Chief!”, a series of propaganda commercials airing on every cable and network station directed by the late Leni Riefenstahl called, “The Trump of the Will” and a Dr. Seuss type children’s book titled, “My Lie, True Lie, Read Tweet, Blew Tweet”.

In case this campaign doesn’t accomplish its intended goals, Trump is preparing an Executive Order that would change the meaning of the word “liar” to mean “He who has large endowments”.