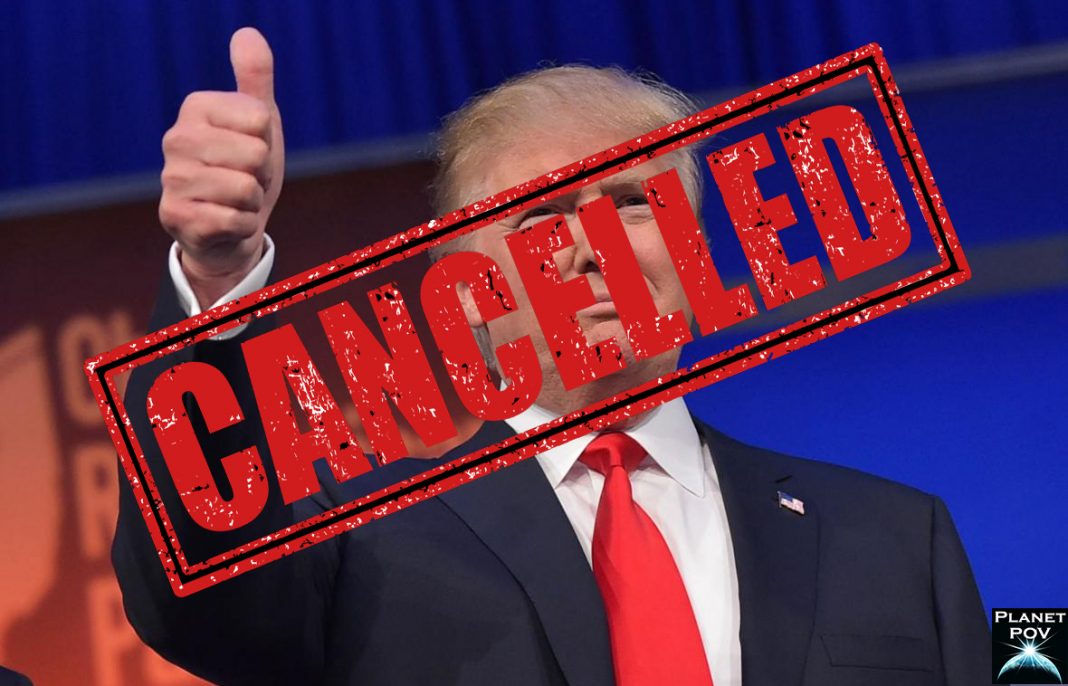 In a surprising announcement by the producer of the reality series, The Apprentice, in which Donald Trump starred, the presidential campaign by Donald Trump has been cancelled due to low ratings.

The media and the public have been stunned by producer Mark Burnett’s reveal that in fact, he has been producing the Trump campaign as a daily reality series. As a breakthrough multi-platform series, spanning tv, Twitter, Facebook and other media, Burnett takes pride in sustaining this program for one and a half years straight and keeping the nature of it confidential .

“I really thought we’d make it to Election Day but oh well,” Burnett stated. “When we started out with the series pilot, ‘Mexicans Are Rapists and Criminals’, we couldn’t have imagined we’d have the run that we’ve had. Our original series arc was planned for ten weeks, we thought for sure that Donald would have been so reviled by then that his low polling numbers would make his dropping out of the GOP primary, inevitable yet powerful,” Burnett explained.

“But no matter what we’d have Donald say to shock the public…his poll numbers kept going up! We had a huge hit episodic on our hands and there was no way to end it once it caught fire! We just looked at each other and said, ‘What the hell?! We’ve even called The Pope a jerk and they won’t turn against him, this is ridiculous!” Burnett recounted.

Burnett took a sip of green tea from his Access Hollywood mug. “You should have seen our whiteboard, you think he’s said some horrible things? If you only knew all the things we passed on! So it was a total rewrite, instead of having an incredibly offensive character invade the Republican primary then suffer in the drama of having to drop out, we had to revise our story line to having him winning the primary and driving the most outrageous general election the American people have ever seen! Eventually…the tape with him bragging about sexual assault came out…whooops, right? Heh! We figured that since spectacular scandals had only boosted his ratings and kept him tight in the polls, this could even launch him into the White House. But we were wrong,” Burnett confessed.

Burnett and his co-producers watched Trump’s sinking poll numbers match his decline in ratings in the media so it wasn’t a huge surprise when the word finally came down that due to decreasing viewer interest, the mainstream media wouldn’t keep financing the free distribution of Trump’s campaign “episodes”.

“It was a great ride while it lasted. We had a majority of viewers glued to their tv’s each day, we were the top show in the country for 18 months…but now, they’ve had enough of him, they just want the election to be over and move on and we accept that reality…if we win!” Burnett chuckled.

Burnett confided that they were already looking to the next season for the 2020 presidential election. “It’s so early, we’re just spit-balling ideas for 2020. No one can really replace Donald Trump though…but we are considering shaving a rabies-infected bear, giving him an orange toupee and having him enter the 2020 GOP Primary on a platform of eugenics and sending all women to ‘Reproduction Camps’. Can you imagine the ratings? And the poll numbers in a Republican primary? You gotta love show business!”

I think a lot of us were making the comparison of Trump’s presidential run to a stomach-churning version of “The Producers” earlier in the campaign (including Matthew Broderick and Nathan Lane). But little did we know how far that joke would go!

We thought that surely the “Springtime For Hitler In Germany” number would cause his fans to run screaming for the exits, but no! They ate it up and begged for more. Sure, they did back off when the bawdy tape audio was released. But as your article says — there’s always 2020.

By then Trump’s peeps will be more than ready for that shaved rabies-afflicted bear in a toupee waving an assault rifle and a Confederate flag to run for Prez once more. And they’ll stampede to get to the polls to vote for him.

I don’t think it was intentional since Trump is surprisingly stupid but he injected the reality tv series format into politics at a time and in a year when it was ideal. After 8 years of angrily resisting a black man residing in the White House (who provided solid and brilliant leadership), the racially, intellectually and socially under-developed segment of the American public wanted something different, exciting and entertaining.

Trump was their Obama, he had charisma, he was a “star” and (in their eyes) he was an outsider who wanted to change government. But most importantly, he was reviled by the establishment and educated voters (“the others”), the enemy of those they saw as their enemy. The perfect vehicle for their resentment of a world moving forward in time when all they wanted was for time to go backwards to the 1950’s.

So they became fans in the true sense…fan is short for fanatic. And his loving audience.

As for the MSM and most of the rest of America, it’s fitting that Howard Stern has been involved in this because his story is very similar. I remember a study about his listeners in his heyday, people who loved him listened to him less than people who despised him and both sets of people said the reason they listened to him was that they wanted to hear what he said next.

The Trumpman Show is proving that in the end, it is a flop. The MSM made a fortune off of it along the way but the GOP and Trump himself are being destroyed by bad ratings. They had hoped for at least 4 more seasons but they’re going to be cancelled in two weeks and “Madame President” will be filling that time slot for the next 4 seasons.