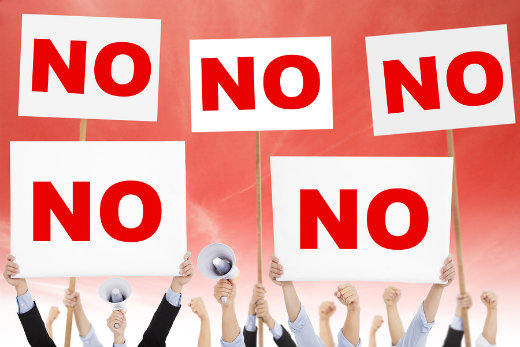 With Trump saying no to his human decency, sexual assaults and accepting election results, Americans saying no to him so this weekend’s music thread is about saying no and making that a big negatory. Songs with “won’t”, “don’t” “not” and just all around rejection of something (or someone) is what we’re saying “yes” to this weekend.

So this weekend, say “yes” to songs that say “no” to the negative!

For those of you who would like to know, this piece is entitled….Stop!