Fellow Planeteers, you greeted my article on my Dad with such kindness that I thought I would do something extra, which was to include my Mum. It would take way too long to write a whole new story, so the next best thing I could think of is to show you a wonderful video tribute to my Dad, shown on what would have been his 100th Birthday in 2000 on Irish Television. She is featured prominently, with all her stories!

Now, please do not redistribute this video in any way. It is intended only for my fellow Planeteers, especially those who read and commented so nicely on my previous article.

The reason it is in both black and white and color is because the original ‘Late Late Show’ scenes, while shot in color, were taken from RTE’s Master Log, which was only in black and white.

An explanation of some of the people you will see.

The men and women on this video are the last surviving comedians, singers, and players of the height of Irish Variety. They kept the Irish public entertained throughout the mid-20th Century until television killed their industry. Cecil Sheridan, whose parodies of popular songs were legendary. Jack Cruise, Great comedian. Pauline Forbes, comedienne and daughter of the great Jimmy O’Dea, and of course, Dad’s best friend, the Irish-Canadian Eddie Byrne, who made several movies with Dad as well as being on stage with him.

Gay Byrne was the David Letterman of Irish TV with his ‘Late Late Show” Noel Pearson is a theatrical and movie producer who’s best known for “Joseph and the Amazing Technicolor Dreamcoat” and ‘Dancing at Lughnasa” Hal Roach was the very last surviving variety artist, a comedian, for want of a better word, who was very young at the height of the variety scene.

Philip Green, the composer who made a fortune doing movie themes, invented Musak and who composed ‘When I was Young’ just for Dad, plays the song, but, like Dad, forgets the last lines ( it was recorded 20 years before!).

The final lines are:

But Now I Know, but now I really know,
Where there is hope, and a hope worth fighting for,
One Hope is worth a Thousand Memories.
Now THIS I know, THIS I know!

Peggy Dell was the doyen of pianists in variety and often had her own shows.

My Mum, God Love her, is still with us at 95 years of age, but dementia has taken her. I do hope you all enjoy this. 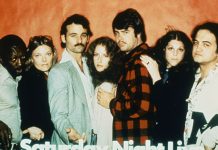 Here’s a sample of Cecil Sheridan’s Parodies. Frank Sinatra will be turning in his grave! Cecil usually preceeded his songs with a little intro, playing a downtrodden, henpecked husband. This was part of the full Late Late Show in 1973.

PPO, thanks so much for sharing this with us! I’ve only been able to watch about 10 minutes worth so far (apparently a bit of a problem streaming on my Chromebook), but I’m going to keep at it. So far it’s absolutely charming.

All the best to your Mom too. I know about that situation with dementia; my dad has it too. It is a cruel condition, isn’t it? But it seems that — mercifully — the people who have it don’t seem to be fully aware of it. It almost seems to be tougher on family members than on the victims themselves. I guess all we can do is love them and be supportive of them as long as we’re lucky enough to have them with us.

Best to you and yours at this holiday season, and thanks again!

Many thanks, Kes, and you’re very welcome. I’m also having trouble watching it, very slow download/streaming. Adlib has been kind enough to edit it, but I haven’t seen enough to figure where! Hope you enjoy the rest of it, at your leisure! 🙂

Not up long on a miserably cold and dull Monday morning to find this heartwarming tribute to your father.

He was a big man in every way and I can’t thank you enough for sharing this video of both your charming mother and him with us.

The love and mutual respect they shared with each other for so many years, shines like a beacon of hope for all of us as the years pass us by so quickly. That he was loved by so many is a legacy as worthy as the body of work he left behind for generations to enjoy.

My passion and love of black and white films and TV is renewed.

Thank you ppo, it was truly wonderful to watch, and my miserably cold morning has been transformed into a bright sunny day. A feast for the eyes. A glow for the heart. A tickle for the “funny bone”, and a soothing of the soul.

So sorry to hear about your mother’s condition. Take care.

You’re very welcome, Kalima. If anyone has any questions about it, I’ll be happy to answer.

For instance, in the ‘Bounty’ scene with Marlon, he is holding his left hand up to show how lucky he was when frozen to the rigging by only losing one finger. I was asked by a friend: ‘How did they do that?” I said: ‘Its easy. He doesn’t have an index left finger!’ Marlon wrote that scene just for Dad. He had lost in in the 1920s, when a splinter caused an infection and it had to be amputated, as penicillin wasn’t around then.

He won the role of the Carpenter in ‘Moby Dick’ because, as a cabinet maker, he could use the proper tools in the proper way making Queequeg’s coffin.

Delighted you enjoyed it.

PPO, thanks for this. Your family has given a lot of people a lot of happiness. Sharing this is a wonderful gift for those of us here at the Planet.

PPO, what a fun Christmas gift, thank you for this!

How wonderful to grow up with your father so widely beloved and respected for his marvelous talent! And how nice to meet your mom as well!

It’s a great lead up to Christmas to have Father Christmas here, thanks so much for sharing this video with your fellow Planeteers!

Many thanks, Ad. How good of you to schedule it for the Festive Season 🙂

PPO – Seemed like a natural to bring in the holiday season! Cheers!